The word diffusion is derived from a Latin word – diffuser, to spread out. Which means a substance that spreads out or moving from an area to another. Diffusion should not be confused with other transport phenomena like advection or convection, where it uses move particles from one place to another in a bulk motion. 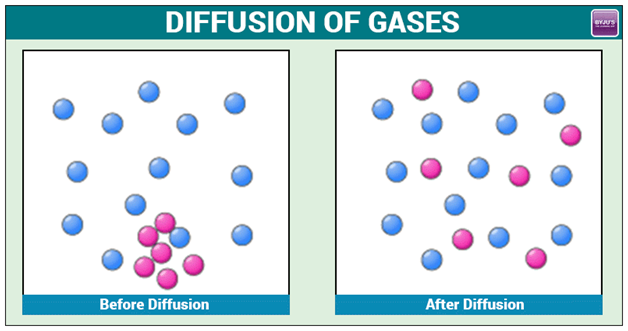 The thermal motion of gas particles at above absolute zero temperature is called molecular diffusion. The rate of this phenomenon movement is a function of the viscosity of the gas, temperature, and size of the particles. The result of diffusion is a slow mixing of materials where the distribution of molecules or atoms are uniform.

Test your Knowledge on diffusion of gases
Q5