The natural phenomenon by which all the objects with mass are brought towards one another, including objects like atoms, photons, stars, planets, etc is called gravity or acceleration due to gravity. Its S.I unit is m s -2.

Somewhere in between, a great man called Newton watched an apple fall from a tree and rather than picking it up and eating it as most of us would have, he wondered what invisible forces drive the apple to fall down.

Here, m1 and m2 are the masses of the two particles

d is the distance between the two masses

The law of gravitation led to the explanation of Kepler’s laws and terrestrial gravitation.

Gravity exists everywhere. But the moon just does not have a strong gravity as the earth. One might wonder if this force of gravity is all prevalent, then why don’t the chairs and tables jump at each other?

This expression is most useful to calculate the escape velocity.

Gravitational Potential Energy of a System:

Change in gravitational potential energy U (r) of two point masses m1and m2as their separation is changed from r1to r2is given by,

At infinite separation the gravitational potential energy (Ur) is assumed to be 0,

U is the gravitational potential energy

m is the mass of the object

The mathematical expression for the potential is given by

A. At distance r from the centre (Outside the sphere)

B.At distance r from the centre (Inside the sphere) 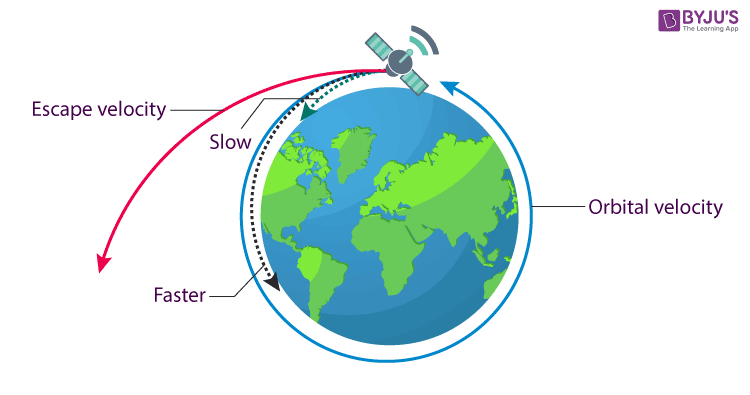 Don’t you hate falling objects, especially when they land on you? God forbid a crow flies over your head and suddenly decides to take a dump. Or worse yet, a much heavier object falls over you, well then you’ll meet your maker soon enough. But fear not, if nothing else I shall tell you where to point your finger or whom or rather what to blame, gravity. We, as a race have come far, from rubbing two stones together, watching the sparks and the resultant fire with awe and curiosity to building robots.

Humans have accomplished something extraordinary. We were never meant to fly. But we overcame gravity, built flights and aircraft to soar the skies. Now every time you catch an apple that’s about to fall, you know that you’ve defied gravity.

To know more about gravity and the forces attached to it please visit our web page or download the Byju’s-the learning app. Visit our website to know All About JEE, JEE syllabus, JEE preparation tips, JEE books and more

Test Your Knowledge On Gravity!
Q5