Halogens are nonmetals. At room temperature, fluorine and chlorine are gases and bromine is a liquid. Iodine and astatine are solids. Halogens are very reactive, the reactivity decreases from fluorine to astatine. Halogens do not exist in the elemental form in nature. Astatine isotopes are radioactive with short half-lives. 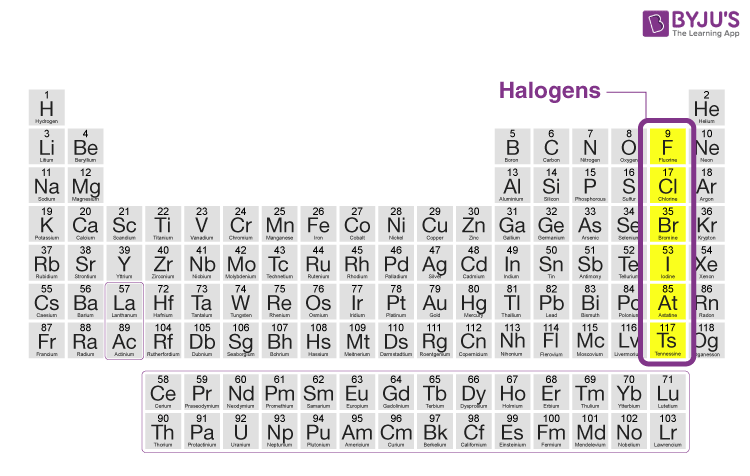 Table salt, bleach, fluoride in toothpaste, chlorine in swimming pools, what do all of these have in common? Add halogen lamps to the list, and the answer becomes more clear: all involve one or more of the halogens, which form Group 7 of the periodic table, which consists of five chemically related elements: fluorine (F), chlorine (Cl), bromine (Br), iodine (I), and astatine (At). The word ‘halogen’ is derived from Greek and originally means “salt-forming“. Halogens are found in the environment only in the form of ions or compounds, because of their high reactivity.

We will look at some of the physical and chemical properties of Halogens. 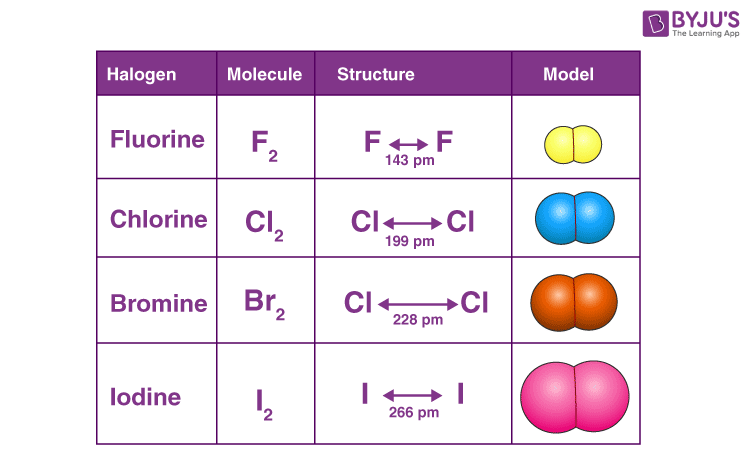 One of the definitive properties of Halogens is that they are highly reactive. Due to this nature, they can form different compounds such as halides, interhalogens and polyhalogenated compounds. We will look at them in brief below.

These are binary compounds formed when halogens react with hydrogen. Generally, if we take fluorine, chlorine, and bromine, the reaction appears in the form given below:

Hydrogen halides are strong hydrohalic acids when dissolved in water. These acids are dangerous.

When halogens react with each other they form interhalogen compounds. Their properties and behaviours are intermediates of those of the two-parent halogens. Some properties may differ though. All interhalogens apart from IF7 can be formed by directly combining pure halogens in set conditions.

These are also known as organic halides. These can be categorized as organic compounds containing halogen atoms. Organohalogens are usually manufactured through nucleophilic abstraction reaction. 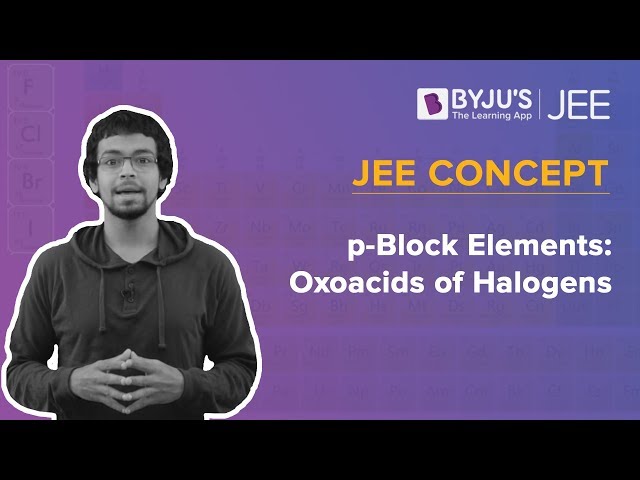 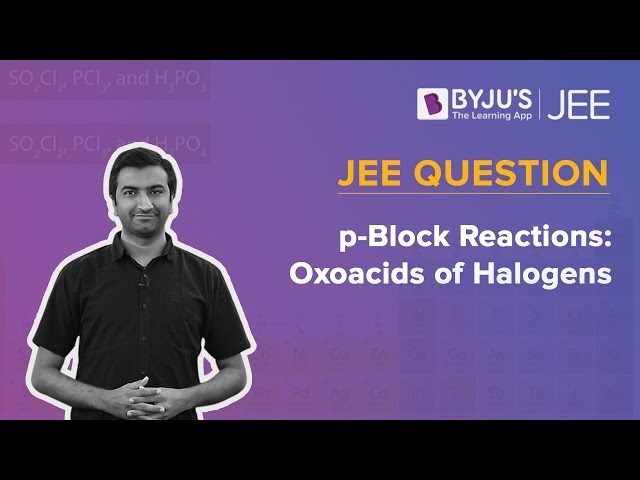 Which group elements are called halogens?

Elements of group 17 are called halogens.

What elements are called halogens?

Which halogen is radioactive?

Astatine is a radioactive element belonging to the halogens group.

Which halogen is a liquid at room temperature?

Bromine is a liquid at room temperature.

Give an example of an interhalogen compound.

IF7 is an example of interhalogen compound.
Test your Knowledge on halogens
Q5