How To Find Variance From Standard Deviation

What is Variance and Standard Deviation?

The average of the squared differences from the mean is known as the variance.

How to Calculate Variance from Standard Deviation? 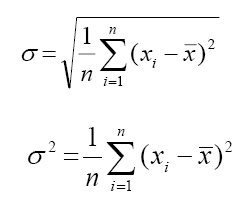 Example: The standard deviation of a set of numbers is 6.2. The variance is given by

Hence option (3) is the answer.