Morphology is a branch of science that deals with the study of the external structure of plants. The flowering plant consists of shoot system, root system, and an axis.

The flowering plants consist of the lengthy cylindrical axis that is differentiated in an underground root system.

Root is the non-green descending underground part that lacks internodes, nodes, buds and leaves. The elongation in Dicotyledon plants leads to the formation of the primary root. The primary root grows in the soil and bears root lateral roots called as secondary roots, tertiary roots etc.

The primary roots with its branches form a Tap Root system such as Mustard Plant. Primary roots have short life span and get replaced by larger roots later on.

Regions of the Root

The root consists of five major areas mentioned below. 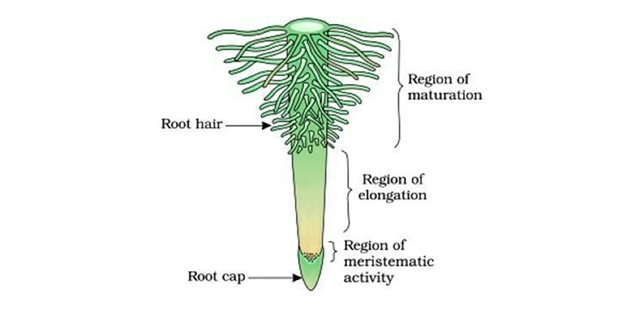 Functions of the Root

To provide appropriate anchorage to the plants.

To absorb minerals and water from the soil.

Synthesis of the plant growth.

This is an aerial system over the soil and belongs from the plumule and consists of branches, stem, flowers, fruits and leaves.

It conducts minerals, water and food material and flowers, seeds and roots form the reproductive parts. The stem bears internodes and nodes. The point from which the leaf rises is called as the node and the part in between the nodes is called as internode.

Leaf is a green flattened and exogenous lateral growth which arises from the node of a branch. It is a special organ of gaseous exchange and photosynthesis. 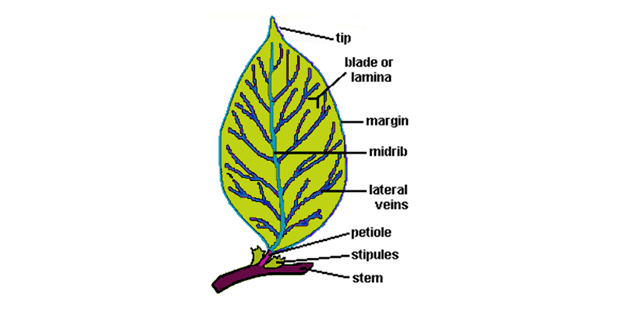 The flower is the modified shoot of the flower and the arrangement of flower on the floral axis is called Inflorescence. There exist two kinds of inflorescence namely Cymose and Racemose.

Structure of the Flower

Every flower consists of four whorls namely – Petals, Carpels, Sepals and Stamens. The sepals are leafy structures that encompass the flower bud. The Petals have highlighting colors to attract insects for pollination. 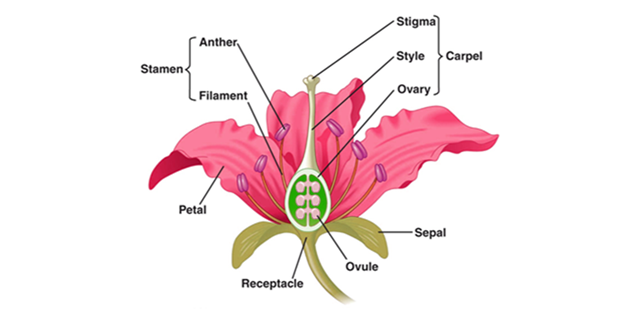 The gynoecium consists of carpels which comprise of three structures namely: Style, Ovary, and Stigma. The ovary consists of ovules that produce the seed while stigma is the place of landing pollen and finally ovary forms the fruit.

Androecium is the male part of the flower which consists of stamens. It is composed of filament and anther. Anther holds the male gamete, pollen grains.