Prisms are made in different shapes depending on the application. Triangle is the traditional shape of the prism. The triangular prism separates the white light into constituent colours when it is passed through the prism.

How Does Prism Work?

When light travels from one medium to another, there is a change in the speed of light. This change in the speed of light causes the light to get refracted and enter the new medium with a different angle. The angle at which the light hits the surface of the medium and the ratio of refractive indices determines the degree of bending of the refracted light. There will be a change in the refractive index of many materials (e.g. glass) when lights of different wavelengths are used. This is the reason for each colour or different wavelengths making up the white light to be refracted at different angles.

When a narrow beam of white light is incident on a prism, the emerging light is found to consist of seven prominent colours in the order of violet, indigo, blue, green, yellow, orange and red. The violet colour with the shortest wavelength is bent the most and the longest wavelength red is bent the least. This phenomenon of splitting white light into constituent colours is called dispersion.

Prism is sometimes used as a reflector of light rather than dispersion. If the light rays that enter the prism hits the surface at an angle greater than the critical angle, there will be total internal reflection.

These types of prisms are used to split the white light into constituent colours.

Reflective prisms are used to reverse, rotate or deviate the beam of light. These prisms work on the principle of total internal reflection. They are used in optical instruments like binoculars, periscopes and reflecting telescopes.

Polarizing prisms split the light beam into components of different polarization. The Nicol prism is an example of the polarising prism.

A beam-splitting prism, as the name suggests it refers to the prism that splits the beams into two or more beams.

Wedge prisms have a very shallow angle of 3 degrees or lesser between the input surface and the output surface.

Refractive Index of the Material of the Prism

The refractive index of the material of the prism(μ) can be written in terms of the angle of prism A and the angle of minimum deviation D.

Deviation Produced by the Thin Prism

As the ray of light is incident on the surface of the prism it will undergo dispersion and deviation. The change in the path of the monochromatic light as it passes through the prism is called deviation. A thin prism is one in which the refracting angle is very small.

n is the refractive index

(n-1) is called the refractivity of the material

A is the refracting angle

The dispersive power of the medium for a pair of wavelengths (colours) is the ratio between the angular dispersion between them to the mean deviation. It is denoted by ω.

The mean deviation is the mean of the deviation of the two colours.

1) Which of the following phenomena takes place in a prism?

e. All of the above

Answer: All of the above

2) A glass prism has a refractive index of 600, a ray of light is passed through the prism which undergoes a minimum deviation of 300. Find the velocity of light in the glass if the velocity in air is 3 x 108 m/s. 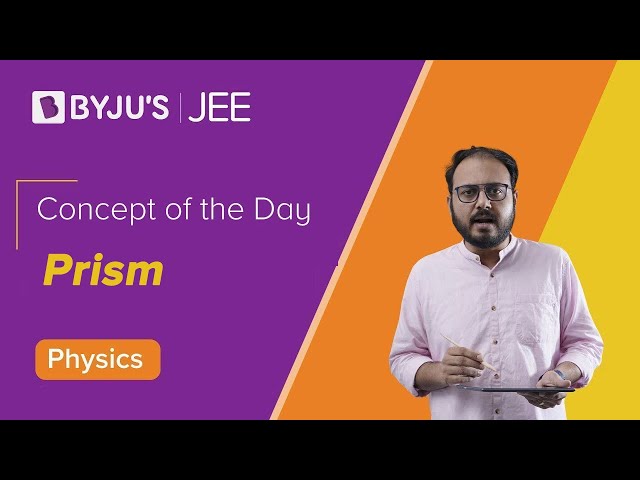 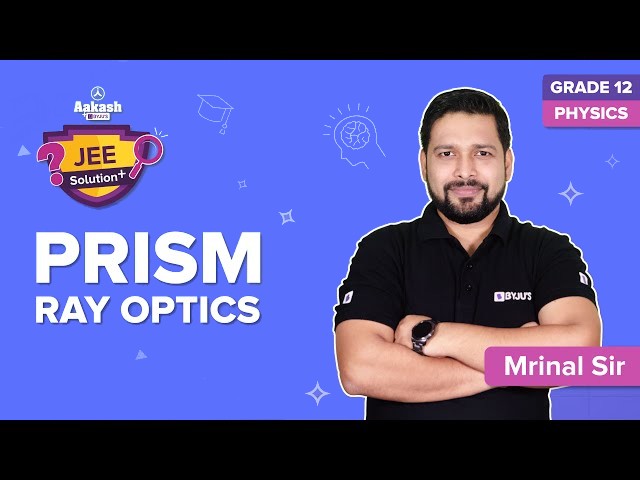 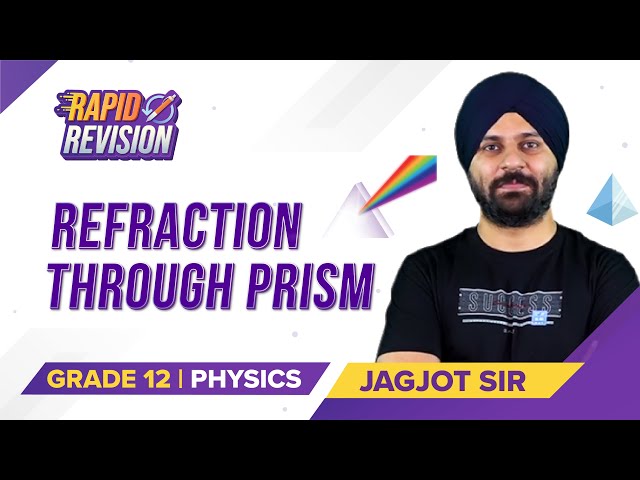 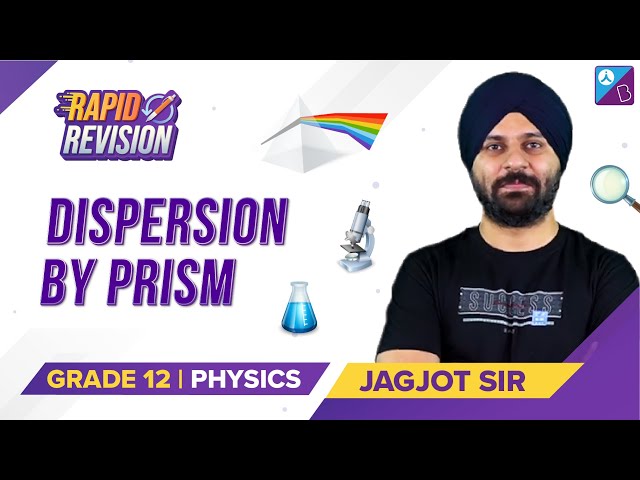 What are the factors on which the dispersive power of the material of the prism depend on?

The dispersive power depends on the nature of material of the prism.

Define refracting angle of a prism.

The angle at which the two refracting surface of the prism are inclined to each other.

What is a thin prism?

A prism whose refracting angle A is very small is called a thin prism.

Write the formula for deviation produced by a thin prism.