Calcination in simple words can be described as a process of heating some solid material or a substance in a controlled environment. Usually in the process, the temperature is also regulated. Calcination is done to bring about some change in the substance physical or chemical constitution.

During calcination, solids are heated at high temperatures. This is done to mainly remove volatile substances, water or oxidize the substance. This process is also sometimes described as a purification process. The word Calcination has also been derived from the Latin word Calcinare which translates as “to burn lime”.

A typical calcination process involves the conversion of calcium carbonate to calcium oxide.

Some other common examples of calcination include;

In metallurgy, metals are usually obtained through the reduction or electrolysis of their respective oxides. However, the ores of many metals are not available as oxides of the metal. Many of ores are obtained as carbonates or sulfates of the metal. In such scenarios, the only way to extract metal from the ores is to process it first and then apply the reduction. The process that is applied is calcination. This process is followed to thermally decompose the sulfate or carbonate ores into the oxides of their metal.

Alternatively, there is one another process that is used to covert the ores to their respective oxides, and it is called roasting. Unlike calcination, in roasting the ores are converted into its oxides by heating it above its melting point in the presence of excess oxygen. We will be discussing the major differences of calcination and roasting in the following paragraphs.

Calcination is usually carried out in furnaces, retorts, or kilns and often materials are racked over or stirred to make sure the product is uniform. One of the common arrangement that is used for calcination is the reverberatory furnace. The typical construction and process are explained below. 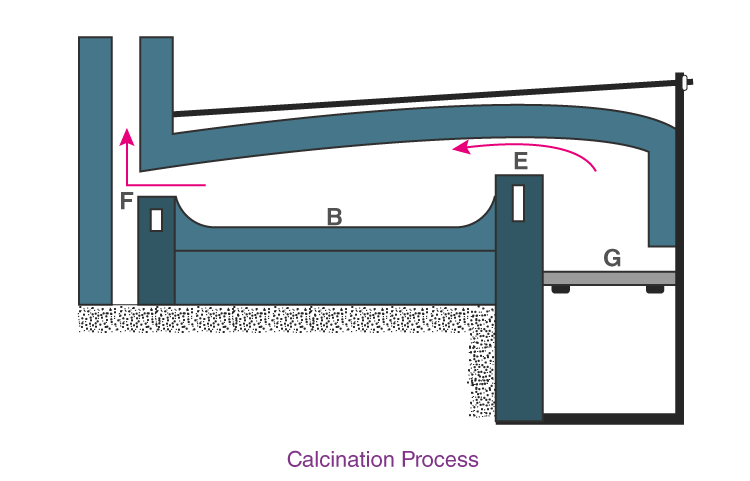 There are different forms of construction for reverberatory furnaces, but in all cases, the flames and hot gases from the fire come in direct contact with the material to be calcined, however, the fuel is separated from it.

In the above figure, the fire burns on the grate at G. Now the flames passing over the bridge at E are deflected downward by the low sloping roof of the furnace and pass directly over the surface of the charge or the material under calcination which is laid on the platform B. The fumes and hot gases then escape through the throat F into the chimney. The charge is spread out evenly on the bed as a thin layer.

Difference Between Calcination and Roasting

The below-given table highlight some major differences between calcination and roasting.

During the calcination of limestone, it follows a decomposition chemical reaction.

Gypsum or Calcium sulfate dihydrate (CaSo4.2H2O) is a mineral of calcium that is mined in various parts of the world. It is also formed as a by-product of flue gas desulphurization in some coal-fired electric power plants. There are different kinds of Gypsum and are listed below.

Gypsum is used in many fields. Some major domains are listed below.

Now let us see what will happen if we let gypsum undergo calcination. Gypsum, when subjected to calcination, creates different products that are industrially important. Some of these include the Plaster of Paris, dental stone, etc.

The reaction is represented below;

The resulting substance is called the Plaster of Paris or dental plaster. The compound is a fibrous aggregate of fine crystals with capillary pores. Plaster of Paris is a quick setting cement constituting fine white powder. It hardens when moistened and dried.

Now, when the temperature is further increased, the rest of the water of crystallization will vanish and the compound becomes anhydrous. This process is called calcination.

When Gypsum is heated in a vat, kettle, or rotary kiln that sustains a wet environment, a crystalline hemihydrate is formed. This substance is called dental stone which has a rod or prism crystalline structure.

1. Explain the purpose of calcination?

Sometimes calcination is also called as purification of the solids because the high-temperature heating of  the solids are used to remove volatile substances and other oxidizing portion of the mass etc.
2. What happens during the calcination process?
Answer:
Heating a substance below its fusing points or melting points at a high temperature which causes oxidation or reduction, loss of moisture and decomposition of carbonates and other substances.
3. Why calcination reaction is carried out in the absence of air?
Answer:
In the metal carbonates, the calcination process is carried out to turn metal carbonates into carbon dioxides and metal oxides. Unless the process is performed in the presence of air no reaction occurs. 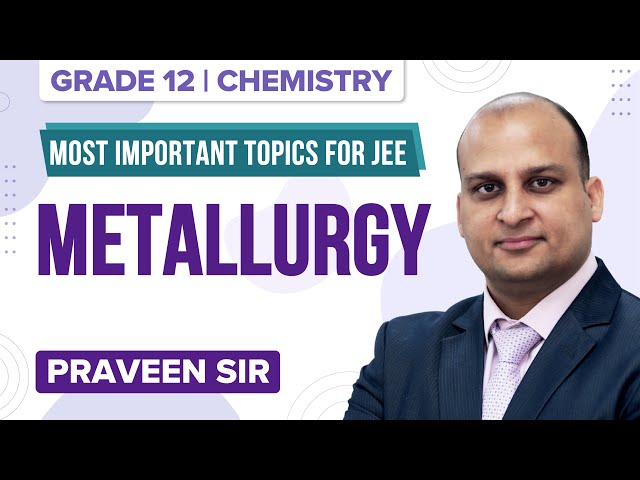 Test your knowledge on Calcination
Q5