The existence of charged particles was first discussed or hypothesized by Richard Laming (1838-1851). Later, Irish physicist G. Johnstone Stoney suggested the term “electron” for the particle in the year 1891. The electron was finally discovered or identified as a particle by British physicist J.J. Thomson and his team in the year 1897.

Meanwhile, an atom is the smallest possible component of an element. Every solid, liquid, gas and plasma are composed of atoms. Atoms are extremely small; typical sizes are around 100 picometers. Atoms are very small that it is not possible to predict accurately the behaviour of an atom. An atom also comprises neutrons and protons. Protons are positively charged while neutrons neither have a positive charge nor a negative charge. It is a changeless particle.

The centre most part of an atom is called its nucleus. The proton and neutron are housed inside the nucleus of the atom. Electrons, on the other hand, are found outside the nucleus.

Electrons have an electric charge of −1 and their mass is approximately about 1/2000 the mass of a neutron or proton. Electrons are an important part of numerous physical phenomena including magnetism, electricity, thermal conductivity, etc.

First electron shell can accommodate only 2 electrons and as the shell number increases the number of electrons that can be accommodated increases. This orbital filled first before the next orbitals. 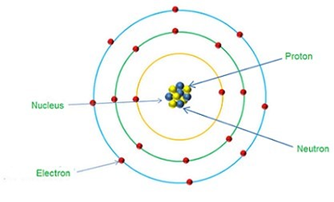 The electron shells are labelled as K, L, M, N, O, P, Q or 1, 2, 3, 4, 5, 6, 7 going from the innermost electron shell to the outermost shell. The electrons in the outer shell occupy higher average energy and these electrons can move farther than that of electrons in the innermost shell. The pull of the atom’s nucleus on the valence electrons will be less and can easily be broken. The pull of the nucleus reduces as the shell number increases and therefore by giving a small external force the electrons can be moved out of the shell. 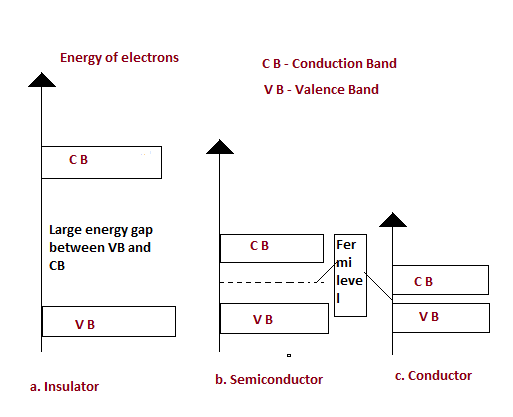 The outermost electrons are placed in the valence band. The electrons in the conduction band can move freely to produce electricity.

An electron cloud is an atomic model in which the atom consists of a small nucleus surrounded by a cloud of fast-moving electrons. In an electron cloud, it is not possible to find the exact position of an electron at any given time. Electron cloud model predicts the probability of density of electron around the nucleus of the atom.

Positrons are identical to electrons. What makes positrons different from electrons is that it carries charges of opposite sign. When a positron collides with an electron, both particles may be destroyed producing gamma-ray photons.

Electron diffraction is the wave nature of electrons. This is utilized for analysing the crystal structure of the matter in high accuracy.

The strongest bonds are usually formed by electrons in an atom. An electron further helps to maintain a chemical bond between two different atoms. Nonetheless, a chemical bond is a lasting attraction between atoms or molecules that results in the formation of chemical compounds. There are three main types of chemical bonds. They are;

3. Less flammable and does not conduct electricity in the water.

4. Does not soluble in water.

Lithium Fluoride (LiF) is an example of an ionic bond

2. They are hard compounds.

3. More flammable and conduct electricity in the water.

Metallic bonding is a type of chemical bond formed between positively charged atoms in which the free electrons are shared among a lattice of cations. The covalent and ionic bonds form between two discrete atoms while Metallic bonding forms between the same metal atoms. Iron and cobalt are examples of metallic bonding.