Inductors much like conductors and resistors are simple components that are used in electronic devices to carry out specific functions. Normally, inductors are coil-like structures that are found in electronic circuits. The coil is an insulated wire that is looped around the central core.

Inductors are mostly used to decrease or control the electric spikes by storing energy temporarily in an electromagnetic field and then releasing it back into the circuit.

An inductor is a passive component that is used in most power electronic circuits to store energy in the form of magnetic energy when electricity is applied to it. One of the key properties of an inductor is that it impedes or opposes any change in the amount of current flowing through it. Whenever the current across the inductor changes it either acquires charge or loses the charge in order to equalize the current passing through it. The inductor is also called a choke, reactor or just coil.

An inductor is described by its distinctive nature of inductance, which is defined as the ratio of the voltage to the rate of change of current. Inductance is a result of the induced magnetic field on the coil. It is also determined by several factors such as;

The S.I. unit of inductance is henry (H) and when we measure magnetic circuits it is equivalent to weber/ampere. It is denoted by the symbol L.

Meanwhile, an inductor is totally different from a capacitor. In the case of a capacitor, it stores energy as electrical energy but as mentioned above, an inductor stores energy in the form of magnetic energy. One key feature of the inductor is that it also changes its polarity while discharging. In this way polarity during discharging can be made opposite to the polarity during charging. The polarity of the induced voltage is well explained by Lenz law.

Symbols for an inductor are given below:

Construction of an Inductor

If we look at the construction of an inductor it usually consists of a coil of conducting material (widely used ones include insulated copper wire) that is wrapped around a core that is made up of plastic material or ferromagnetic material. One advantage of using a ferromagnetic core is that it has high permeability which helps in increasing the magnetic field and at the same time confining it closely to the inductor. Ultimately this results in higher inductance.

On the other hand, inductors with low frequency are usually constructed like transformers. They have cores made up of electrical steel that is laminated to help prevent eddy currents. ‘Soft’ ferrites are also widely used for cores above audio frequencies.

Inductors do come in many shapes and types. In some inductors, you will find an adjustable core that allows changing the inductance. Inductors that are used in blocking very high frequencies are mostly made by stringing a ferrite bead on a wire.

Planar inductors are made using a planar core while small value inductors are built on integrated circuits using the processes of making interconnects. Typically, an aluminium interconnect is used and fixed in a spiral coil pattern. However, small dimensions have some limitations. They restrict the inductance.

There are also shielded inductors which are commonly used in power regulation systems, lighting, and other systems requiring low-noise operating conditions. These inductors are often partially or fully shielded.

Depending on the type of material used inductors can be classified as follows:

These inductors are used when the amount of inductance required is low. Since there is no core, it does not have a core loss. But the number of turns the inductor must have is more for this type when compared to the inductors with the core. This results in a high-Quality factor. Usually, ceramic inductors are often referred to as air-core inductors.

In this type of Inductor, ferrite materials are used as core. The general composition of ferrites is XFe2O4. Where X represents transition material. Ferrites can be classified into two types. Soft ferrites and hard ferrites.

A choke is a type of inductor that is used mainly for blocking high-frequency alternating current (AC) in an electrical circuit. On the other hand, it will allow DC or low-frequency signals to pass. As the function of this inductor is to restrict the changes in current it is called a choke. This inductor consists of a coil of insulated wire wound on a magnetic core. The main difference between chokes and other inductors is that in their cases they do not require high Q factor construction techniques meant to reduce the resistance in inductors found in tuned circuits.

Functions of an Inductor

Inductors can be used for two primary functions.

Coils in an inductor can be used to store energy. The function of the inductor depends upon the frequency of the current passing through it. That is for higher frequency signals will be passed less easily and vice versa. This function tells that it blocks AC Current and passes DC Current. Hence, it can be used to block AC signals.

Inductors can be used along with capacitors to form LC filters.

Consider the example below:

We can further write it as

Since voltage are equal we can simplify the equation as,

Consider the connection below :

So here we can write,

Energy Stored In An Inductor

When a current passes through an inductor an emf is induced in it. This back emf opposes the flow of current through the inductor. So in order to establish a current in the inductor work has to be done against this emf by the voltage source.

During this period, work done dW is given by

To find the total work done the above expression must be integrated.

Therefore energy stored in an inductor is given by the equation,

Impedance of an Inductor

AC resistance mostly determines the opposition of current flowing through a coil. This AC resistance is most commonly known as impedance. In this section, since we are discussing the opposition given by the inductor, this can be called as Inductive Reactance. Inductive reactance which is given the symbol XL is the property in an AC circuit that opposes the change in the current.

It is given by the equation,

From the equation, it is clear that inductive reactance is proportional to frequency.

The plot of frequency vs reactance is given below: 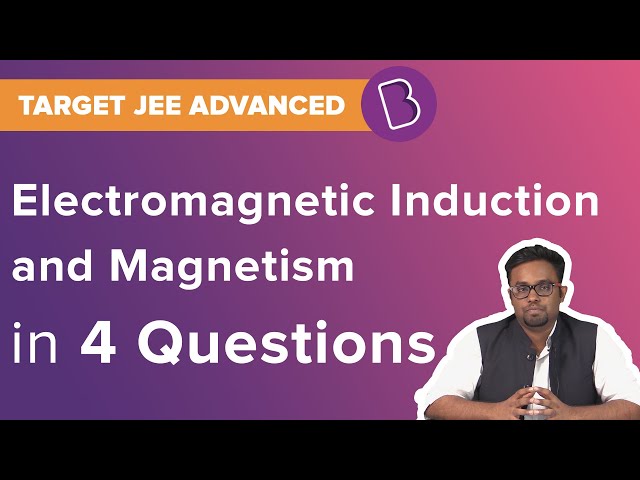 What is the value of the power factor for a pure inductor?

For a pure inductor, the power factor is zero.

The phenomenon in which an emf is induced in a coil due to the change of current through the coil itself is known as self-induction.

What is mutual induction?

The phenomenon in which a change of current in one coil induces an emf in another neighbouring coil is called mutual induction.

When is emf induced in a circuit?

An emf is induced in a circuit whenever there is a change in the magnetic flux passing through it.

Test your Knowledge on Inductor
Q5