Why JEE Exam Is Important?

JEE (Joint Entrance Exam) is a national level exam which is conducted to get into engineering colleges. JEE occurs in two phases – JEE Main and JEE Advanced. Mode of the exam is online/computer based so a candidate has to have knowledge of computer. JEE is one of the toughest exam globally. The difficulty level of the exam is increasing every year and the number of candidates appearing for the exam is also increasing every year. More than 12 lakh candidates appear every year for a total of 11000 seats in 23 different IITs.

JEE Main is the same as that of AIEEE and JEE Advanced is the same as that of IIT JEE. A lot of hard work and dedication is demanded to crack this exam. But the question is why the majority of the students after 12th want to enter IIT? Even the parents are behind their wards to get them into IITs. The reason behind such craze is because of the secure future, better job opportunities and a better package. For example, nowadays an IITian will get a huge package for teaching in IIT JEE and NEET coaching institutes. Getting high designation in top companies of the world like Google. More than anything, a candidate who qualify JEE and enter into IIT gains a lot of respect in the society, the tag of being IITian will be with him/her throughout life and he/she keeps on growing in their career.

If a candidate is not able to crack JEE exam then he/she will be left with low-grade colleges, the degree of engineering will be awarded but after that, the struggle for a good job will start and life will not be stable.

Here is a list of IITians who made India proud in different fields:

So getting into IIT is a tough job but life will be good after getting an engineering degree from such a prestigious institute.

All You Need To Know About JEE 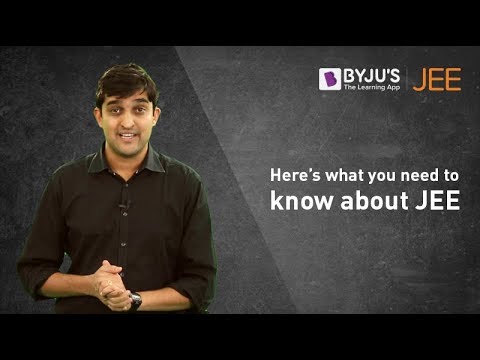