We will learn about the hybridization of CO2 on this page. Carbon dioxide basically has a sp hybridization type. This type of hybridization occurs as a result of carbon being bound to two other atoms. Bonds can be either two double bonds or one single + one triple bond. We can determine this by closely observing each atom of CO2.

What is the Hybridization of Carbon Dioxide?

In determining the hybridization of carbon dioxide, we will take the carbon atom first. The carbon atom has two effective pairs or two double bonds exist in it. However, this is not enough to form bonds with oxygen. What happens next is that one electron from 2s orbital moves from the 2s level to 2p level which results in the formation of two hybrid orbitals. Now, these sp hybridized orbitals of the carbon atom overlap with two p orbitals of the oxygen atoms to form 2 sigma bonds. As for the two remaining p electrons they will be used to form a pi bond. 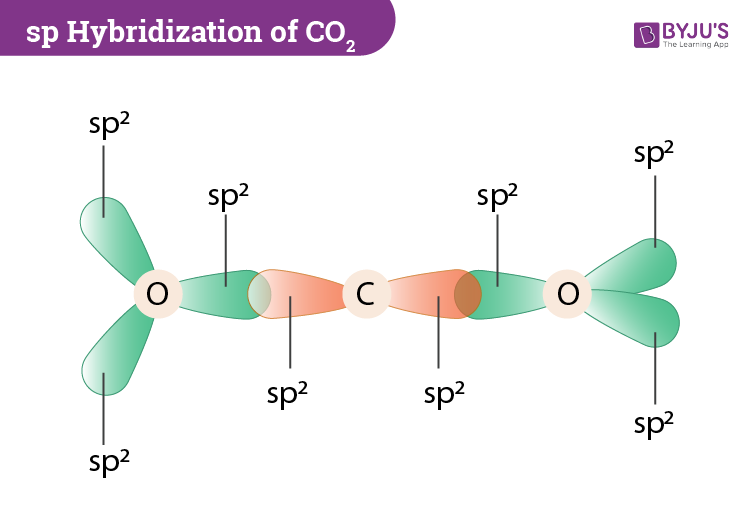 CO2 molecular geometry is based on a linear arrangement. This geometric shape is mainly due to the presence of a sigma bond and valence electron pairs repelling each other where they are forced to move to the opposite side of the carbon atom. As a result, the carbon atom acquires such a linear molecular shape with symmetric charge distribution.