What is the Hybridization of Water?

In this section, we will basically understand the formation of water on the basis of hybridization. The central atom here is oxygen which is hybridized. So if we observe the formation of the water molecule there are three 2p orbitals and one 2s orbital. These combine to create the four sp3 hybrid orbitals. 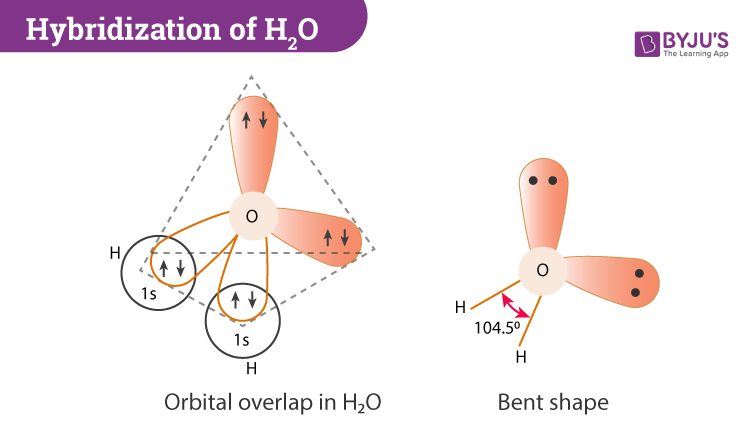 H2O has a tetrahedral arrangement of molecules or an angular geometry. This is mainly because the repulsion from the lone pair combination is more than bond-pair repulsion. Additionally, the existing pairs do not lie in the same plane. One pair is below the plane and the other one is above. This bond geometry is commonly known as a distorted tetrahedron.

As a result, the angle in a water molecule is 104.5° which again falls short of the true tetrahedral angle of 109°.

Test your knowledge on Hybridization Of H2O
Q5