The chapter “Gopal and the Hilsa-fish” is a story which exhibits the wit of a courtier named Gopal when he is challenged that even he cannot stop people from talking about the Hilsa-Fish. Gopal accepts the challenge and wins it with flying colours. Read the entire story in the NCERT Class 7 English textbook.

You can also download these NCERT Solutions for Class 7 English in PDF format for free, through the link provided below and learn anytime, anywhere at your convenience! 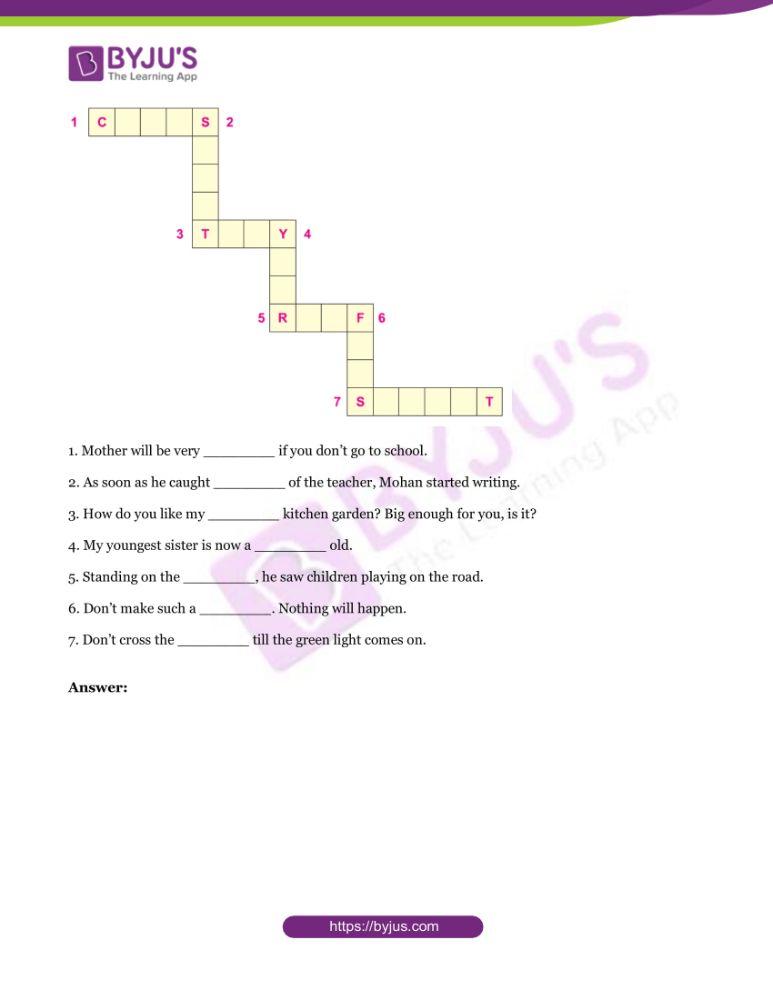 Question 1. Why did the king want no more talk about the hilsa-fish?

Question 2. What did the king ask Gopal to do to prove that he was clever?

Answer: The king asked Gopal to prove that he was clever so that while Gopal is on this challenge, he will try as much as possible that people don’t speak anything about the Hilsa-fish.


Question 3. What three things did Gopal do before he went to buy his hilsa-fish?

Answer: The three things that Gopal did before he went to buy his hilsa-fish were:

i) He half-shaved his face.

ii) He smeared ash on his body.


Question 4. How did Gopal get inside the palace to see the king after he had bought the fish?

Answer: When he reached the palace, he told the guards that he wants to meet the king. The guards stopped him from going inside. Gopal began to sing and dance loudly. The king heard the noise and ordered to get the man inside the palace. That’s how he got inside the palace.


Question 5. Explain why no one seemed to be interested in talking about the hilsa-fish which Gopal had bought.

Answer: The reason why no one seemed to be interested in talking about the hilsa-fish which Gopal had bought was that people were more surprised by his appearance- half-shaved face, ash on the body and rugs instead of proper clothes. This made them wonder what happened to him.

Question 6. Write ‘True’ or ‘False’ against each of the following sentences.

(i) The king lost his temper easily. True

(ii) Gopal was a madman. False

(iv) Gopal was too poor to afford decent clothes. False

(v) The king got angry when he was shown to be wrong. False

Question 2. Notice how in a comic book, there are no speech marks when characters talk. Instead what they say is put in a speech ‘bubble’. However, if we wish to repeat or ‘report’ what they say, we must put it into reported speech.

Change the following sentences in the story to reported speech. The first one has been done for you.

The woman asked the man how much he had paid for that hilsa.

(ii) Why is your face half-shaven?

(iii) I accept the challenge, Your Majesty.


(ii) Gopal’s wife asked him why his face was half-shaven.

(iii) Gopal told the king that he accepted the challenge.

(iv) Gopal told the guards that he wanted to see the king.

(v) The king ordered the guard to bring the man to him at once.

Question 2. Find out the meaning of the following words by looking them up in the dictionary. Then use them in sentences of your own.

Mystic: The Gods are considered to be mystic.

Comical: Shinchan is a comical character.

Courtier: The courtier had to obey the orders of the king.

Smearing: Smearing oil before playing holi helps in getting the colour off the skin easily.

Question 2. Now ask your partner questions about each picture.

Answer: The stag was by the side of a pond.

Answer: He is watching is reflection in the water of the pond.

Answer: Yes, he liked his antlers.

Answer: No, he does not like his legs as they are very thin.

(v) Why is the stag running?

Answer: The stag is running because hunters are chasing it.

(vi) Is he able to hide in the bushes?

(vii) Where are the hunters now?

Answer: The hunters are behind the stag.

(viii) Are they closing in on the stag?

Answer: Yes, they were getting closer to the stag.

Answer: Yes, the stag is free.

(x) What does the stag say about his horns and his legs?

Answer: The stag says that he was proud of his horns but it could have caused the stag’s death. The legs it was ashamed of, saved his life.

Question 3. Now write the story in your own words. Give it a title.

Answer: Horns and the Legs

Once upon a time, there lived a stag. One day he was about to drink water when he saw his reflection in the water of the pond. He felt proud to have such beautiful horns. Then, he looked at his legs and thought that they were so thin and ugly.

One day, some hunters came in the jungle and began chasing the stag. The stag started to run but his horns got stuck in the bushes. Then he put in more efforts and ran away fast.

When he was out of danger, he thought that the horns that he was so proud of, could have got him killed. And the legs which he considered to be ugly, were his savior.

Question 4. Complete the following word ladder with the help of the clues given below. 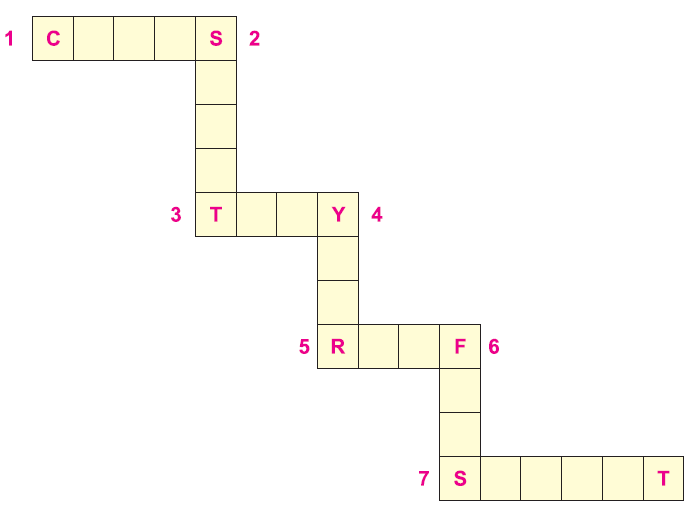 1. Mother will be very cross if you don’t go to school.

2. As soon as he caught sight of the teacher, Mohan started writing.

3. How do you like my tiny kitchen garden? Big enough for you, is it?

4. My youngest sister is now a year old.

6. Don’t make such a fuss. Nothing will happen.

7. Don’t cross the street till the green light comes on.