Class 9 Maths introduces students to various new topics such as Euclid’s Geometry, Heron’s Formula, Surface Area and Volume and many more. So, it’s important that students should understand these new topics. Otherwise, they will start feeling that it’s a difficult subject and will not take interest in it. Also, many times students just mug the steps of solving the questions in order to pass the exam as they haven’t understood the concepts. Thus, to help them we have provided the step by step NCERT Solutions for Class 9 Maths Chapter 6 Lines And Angles – Exercise 6.3.

Students can go through these solutions to understand how the questions are being solved. These NCERT Solutions of Class 9 Maths are provided by experienced teachers and contain step-by-step solution along with the diagrams, wherever required. This will help students in their studies and thus there is no need to mug up the Maths answers. 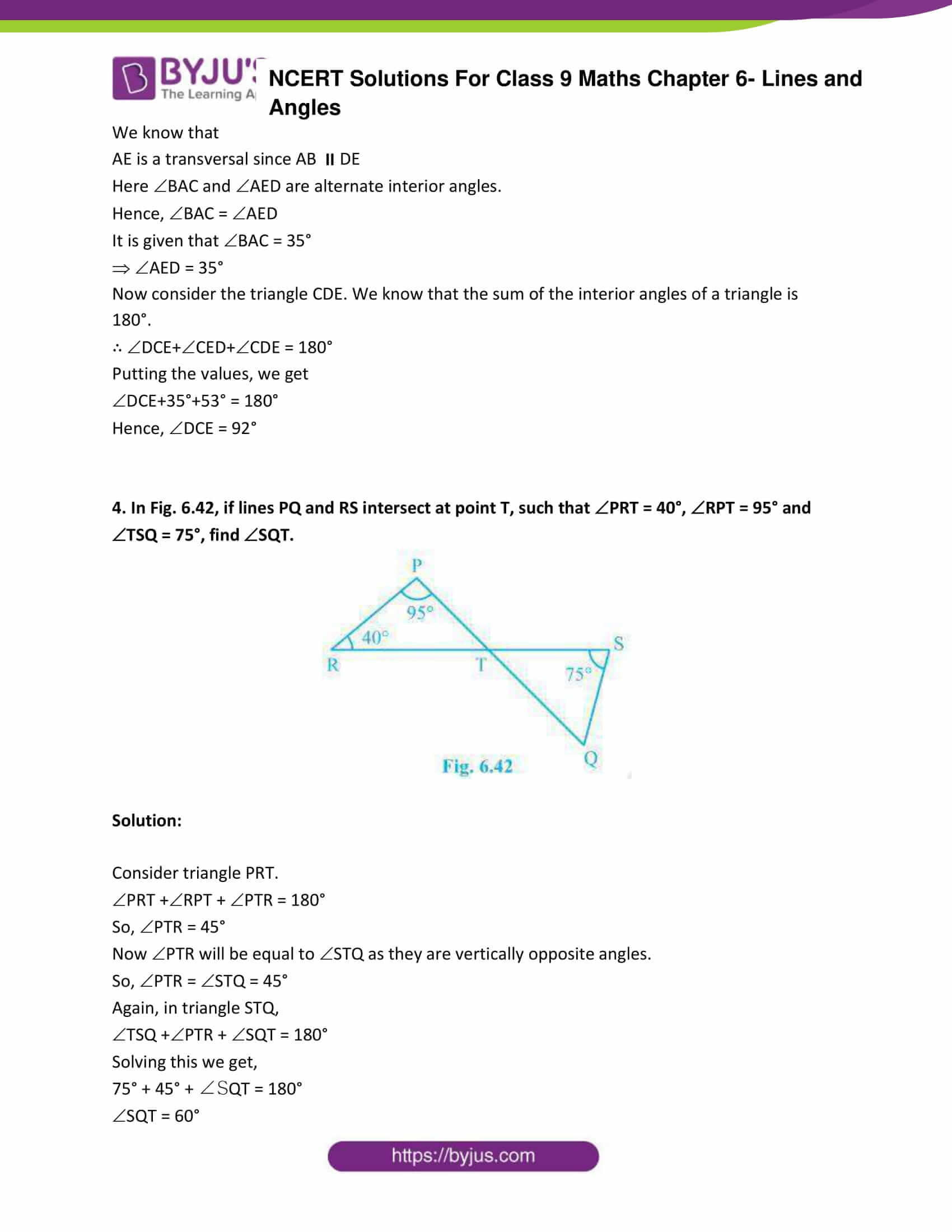 Students can have a look at the NCERT Solutions of the other exercises of this chapter by clicking on the link below. 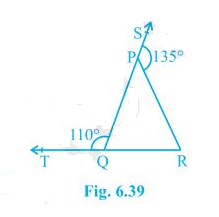 It is given the TQR is a straight line and so, the linear pairs (i.e. ∠TQP and ∠PQR) will add up to 180°

Here, the side QP is extended to S and so, ∠SPR forms the exterior angle.

Thus, ∠SPR (∠SPR = 135°) is equal to the sum of interior opposite angles. (Triangle property) We know that the sum of the interior angles of the triangle.

Putting the values as given in the question we get,

Now, we know that ZO is the bisector so,

Putting their respective values, we get, We know that AE is a transversal since AB || DE

Now consider the triangle CDE. We know that the sum of the interior angles of a triangle is 180°.

Putting the values, we get Now ∠PTR will be equal to ∠STQ as they are vertically opposite angles.

Solving this we get, 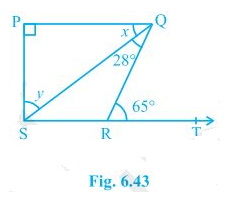 It is also known that alternate interior angles are same and so,

Putting their respective values, we get, 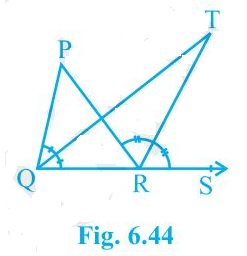 We know that QT and RT bisect ∠PQR and ∠PRS respectively.

The application of Lines and Angles can be found on the flooring, ceilings, farming, construction, surveying of property, engineering and many other areas. Here in Exercise 6.3 of Chapter 6 Class 9, Maths students will learn the “Angle Sum Property of a Triangle” and Theorem associated with it. The angle sum property explains that the sum of all the interior angles of a triangle is 180o. Also, there are some solved examples that are given in the NCERT textbook for students’ better understanding of this concept. After going through those examples students can solve the exercise 6.3 questions. Try to solve by yourself first. In case you get stuck somewhere then go through the NCERT Solutions for Class 9 Maths Chapter 6 Lines And Angles Exercise 6.3 PDF.

We hope this information on “NCERT Solution for Class 9 Maths Chapter 6 Lines and Angles Exercise 6.3” is useful for students. Stay tuned for further updates on CBSE and other competitive exams. To access interactive Maths and Science Videos, download the BYJU’S App and subscribe to YouTube Channel.