For More Information On Introduction To Circles, Watch The Below Videos. 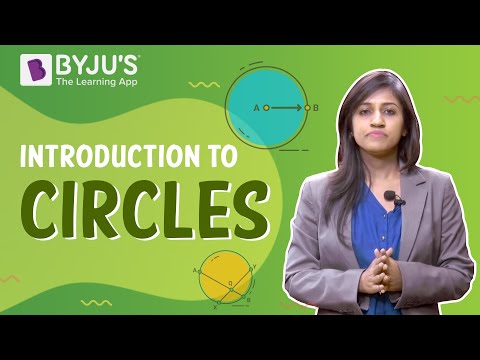 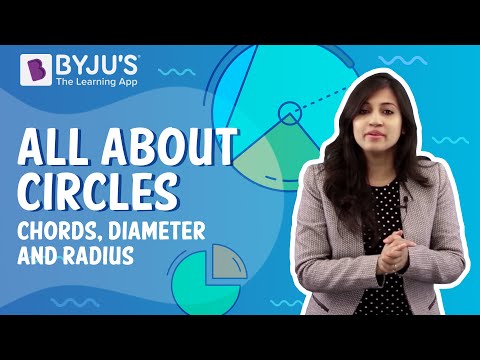 For More Information On Terms Related To Circles, Watch The Below Videos. 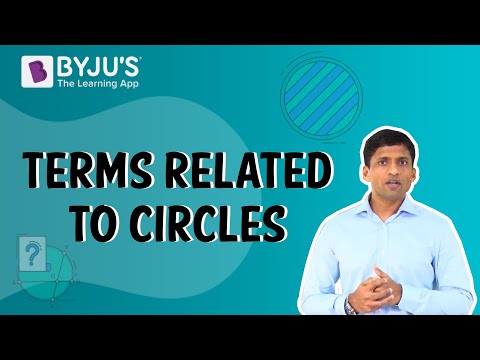 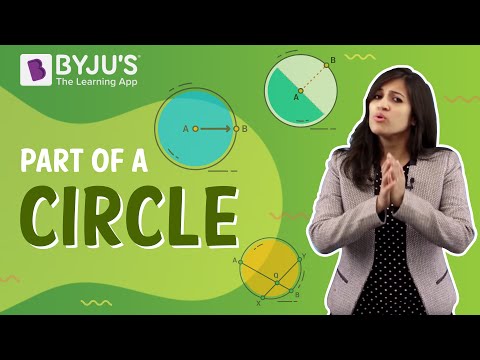 – The distance between the centre of the circle and any point on its edge is called the radius. 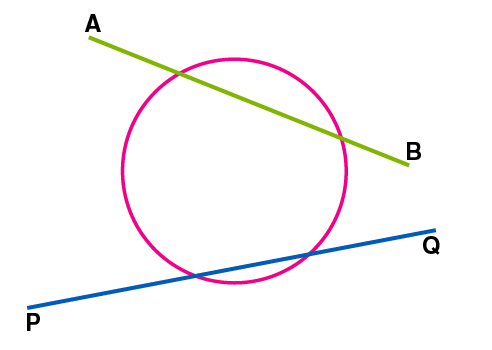 In the above figure: PQ is the tangent and AB is the secant.

-The line segment within the circle joining any 2 points on the circle is called the chord.

– A Chord passing through the centre of the circle is called the diameter. – The Diameter is 2 times the radius and it is the longest chord.

– A circular segment is a region of a circle which is “cut off” from the rest of the circle by a secant or a chord. – Smaller region cut off by a chord is called minor segment and the bigger region is called major segment. –

-A sector is the portion of a circle enclosed by two radii and an arc, where the smaller area is known as the minor sector and the larger being the major sector.
To know more about Sector of a Circle, visit here.

– For 2 equal arcs or for semicircles – both the segment and sector is called the semicircular region.

Circles and Their Chords

For More Information On Circles And Their Chords, Watch The Below Video. 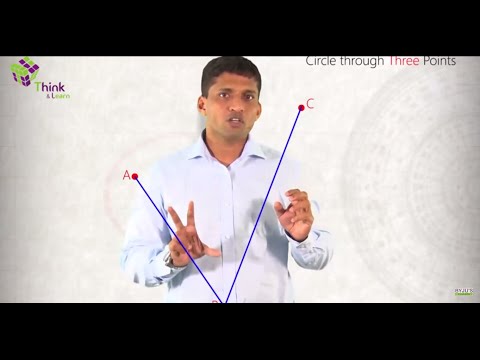 Theorem of equal chords subtending angles at the centre. 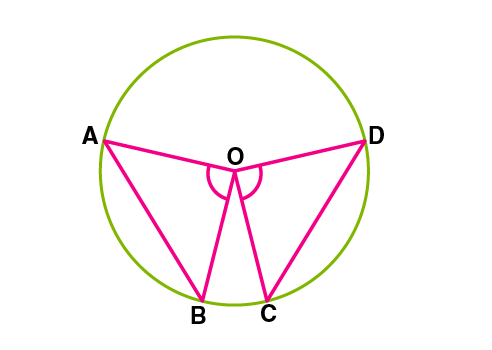 Proof: AB and CD are the 2 equal chords.

In Δ AOB and Δ COD

– If the angles subtended by the chords of a circle at the centre are equal, then the chords are equal.

Perpendicular from the centre to a chord bisects the chord.

Perpendicular from the centre of a circle to a chord bisects the chord. 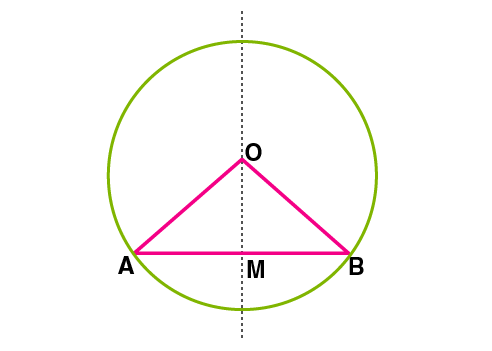 Proof: AB is a chord and OM is the perpendicular drawn from the centre.

A Line through the centre that bisects the chord is perpendicular to the chord.

– A line drawn through the centre of a circle to bisect a chord is perpendicular to the chord. 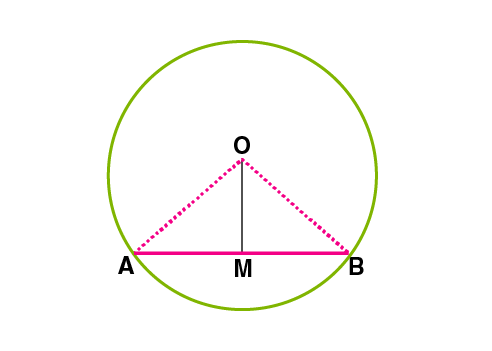 Proof: OM drawn from the center to bisect chord AB.

– There is one and only one circle passing through three given noncollinear points. – A unique circle passes through 3 vertices of a triangle ABC called as the circumcircle. The centre and radius are called the circumcenter and circumradius of this triangle, respectively.

Equal chords are at equal distances from the centre.

Equal chords of a circle(or of congruent circles) are equidistant from the centre (or centres). 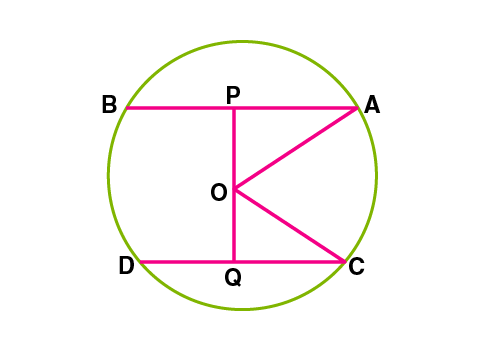 Chords equidistant from the centre are equal

Chords equidistant from the centre of a circle are equal in length. 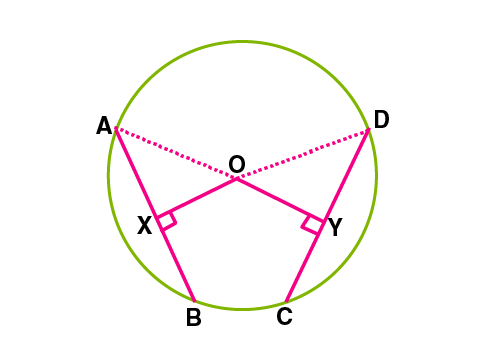 Proof: Given OX = OY (The chords AB and CD are at equidistant) OX⊥AB, OY⊥CD

To know more about Chord of a Circle, visit here.

For More Information On Circles and Quadrilaterals, Watch The Below Video. 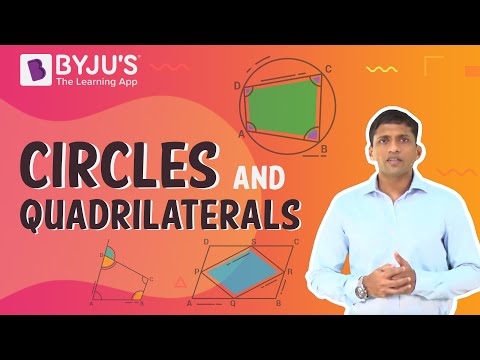 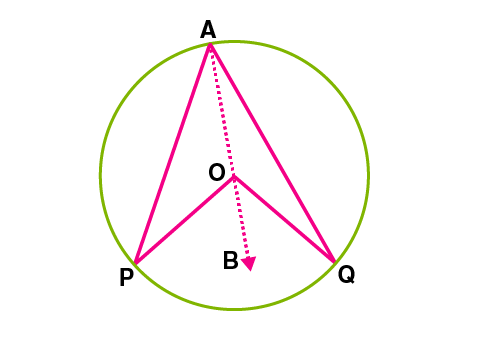 Here PQ is the arc of a circle with centre O, that subtends ∠POQ at the centre.

Join AO and extend it to B.

Angles in the same segment of a circle.

–Angles in the same segment of a circle are equal. 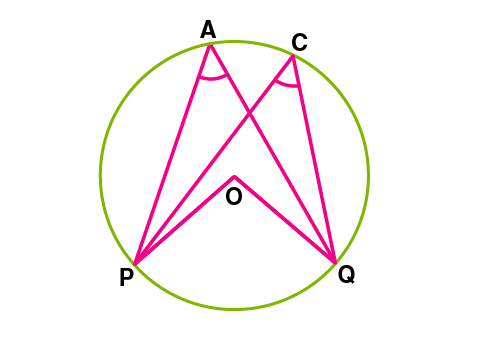 Consider a circle with centre O.

∠PAQ and ∠PCQ are the angles formed in the major segment PACQ with respect to the arc PQ.

The angle subtended by diameter on the circle 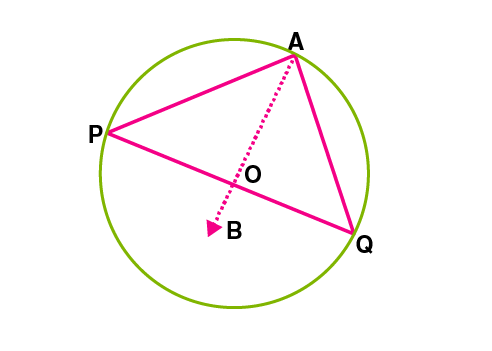 Consider a circle with centre O, POQ is the diameter of the circle.

∠PAQ is the angle subtended by diameter PQ at the circumference.

∠POQ is the angle subtended by diameter PQ at the centre.

∠PAQ = (1/2)∠POQ……..[Angle subtended by arc at the centre is double the angle at any other part]

Line segment that subtends equal angles at two other points

– If a line segment joining two points subtends equal angles at two other points lying on the same side of the line containing the line segment, the four points lie on a circle (i.e they are concyclic). 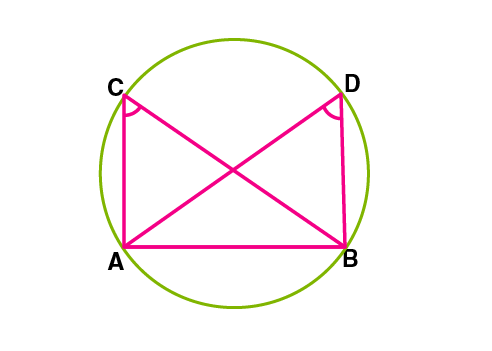 Here ∠ACB=∠ADB and all 4 points A, B, C, D are concyclic. 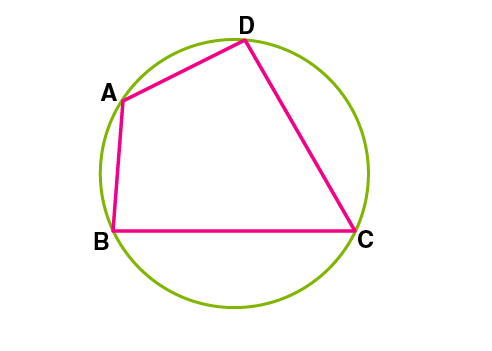 In a circle, if all four points A, B, C and D lie on the circle, then quadrilateral ABCD is a cyclic quadrilateral.

Sum of opposite angles of a cyclic quadrilateral

Sum of pair of opposite angles in a quadrilateral

– The sum of either pair of opposite angles of a cyclic quadrilateral is 180 degree.

What is the definition of ‘Diameter’?

In geometry, a diameter of a circle is any straight line segment that passes through the center of the circle and whose endpoints lie on the circle.

What is a ‘Cyclic quadrilateral’?

What is the meaning of a ‘Segment’?

A segment refers to any of the parts into which a thing is divided or naturally separates.