Water is precious, fundamental and the most essential substances required for the existence of life on earth. Water is found naturally, abundantly on our planet earth. About two-thirds of the total earth’s surface is covered with water. It is a transparent, odourless and tasteless inorganic molecule composed of hydrogen and oxygen.

We all use water for different purposes, which includes everyday household uses, including drinking, cooking,  cleaning, washing, bathing for other domestic, irrigating,  cultivating the crops and industrial requirements.  Thus, water is required for many activities, therefore it is an essential element required for the continuity of life on the planet.

To know more about Uses of Water, visit here.

As mentioned above, about two-thirds of the total earth’s surface is covered with water, but unfortunately, only a small percentage (2 to 3 per cent) is suitable for human use. The other 99.7 per cent available are found in oceans, sea, groundwater, floating in the atmosphere and in icecaps. This water is not safe and is unsuitable for human consumption, as it consists excess salt, toxins and other impurities, which can lead to illness and other health disorders.

Rivers, ponds, lakes and groundwater are the different sources of water, which can be used for drinking, cooking and other human uses only after proper treatment like boiling, filtering, etc.

Below are the different uses of water in various fields:

Freshwater is a naturally occurring water present on the earth’s surface in ponds, rivers. The major source of rainwater is precipitation in the atmosphere. 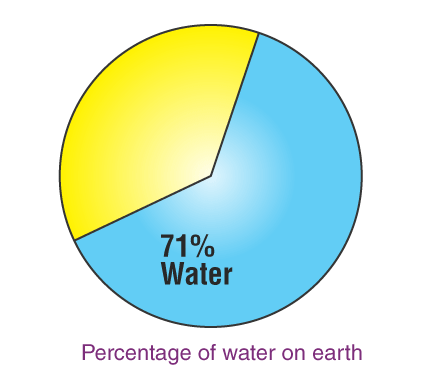 71% of Earth is filled with water, out of this 3% is fresh water and 97% of water is in oceans and seas. Out of this 3% of freshwater, 30% is groundwater(not accessible), 69% are in the form glaciers, icebergs. ( not accessible), out of the remaining 1% of water, only 0.006% is used by the people for several purposes like bathing, washing.

The pure form of water, which does not contain any impurities or salts in it and can be used for drinking purposes is called potable water.

To know more about Distribution of Water, visit here.

The process of circulating or the continuous movement of water between water bodies like the ocean, rivers, ponds, lakes and land is called the water cycle. It is also also known as the hydrologic cycle or the hydrological cycle. In this process, the water on the earth changes into three different states of matter – solid, liquid and gas. The complete process of the water cycle involves the following process.

Evaporation is the process of converting liquid or water into the gaseous form or vapour state.

The process of converting vapour or gaseous form into its liquid form is called condensation. 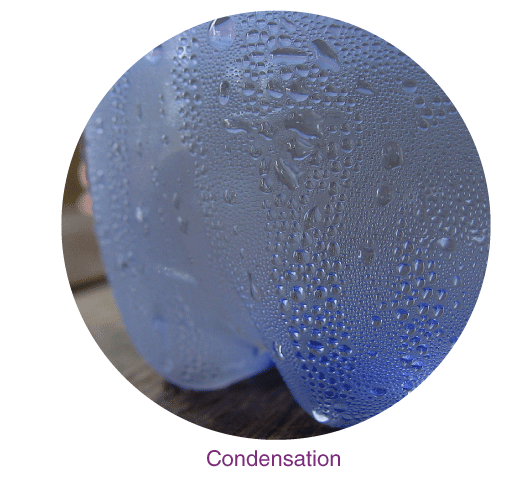 When more water gets condensed in clouds or condensation of water vapour in the atmosphere results in precipitation. The precipitation can be in the form of rain, snow, hail. 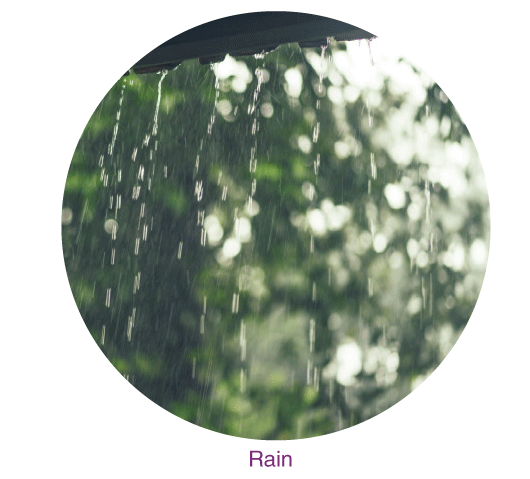 The flow of water towards the oceans

In plants, the process of evaporating water through leaves when water is absorbed through roots is called transpiration.

The water present underground or beneath the earth’s surface in spaces of soil and rocks are called groundwater.

Level of water or it is the height reached by the water in lakes, ponds, storage tanks, dams.

The process of water seeping into the soil after falling onto the surface of the ground is called infiltration.

An aquifer is the underground layer of permeable rock which contains water that has seeped in from the surface.

Water management is the effective utilisation of water or managing the water resources carefully. Water can be managed in the following ways:

2. Rainwater Harvesting: Collection of rainwater and using it effectively for other purposes is known as rainwater harvesting.

Learn more about the Water from the topics given below:

What are the main reasons for ‘Water pollution’?

What is a ‘Freshwater lake’?

A freshwater lake contains water that is not salty, usually in contrast to the sea.

What are the steps involved in the ‘Water cycle’ of nature?