An organism is simply defined as any living thing, ranging from microscopic bacteria to large elephants and everything in between.

Let’s explore the important characteristics of living organisms one by one.

To know more about Characteristic of Organisms, visit the link below;

The presence of specific features or certain habits, which enable a plant or an animal to live in its surroundings, is called adaptation.

To know more about Adaptation, visit the link below;

The surrounding where living organisms survive is known as habitat. 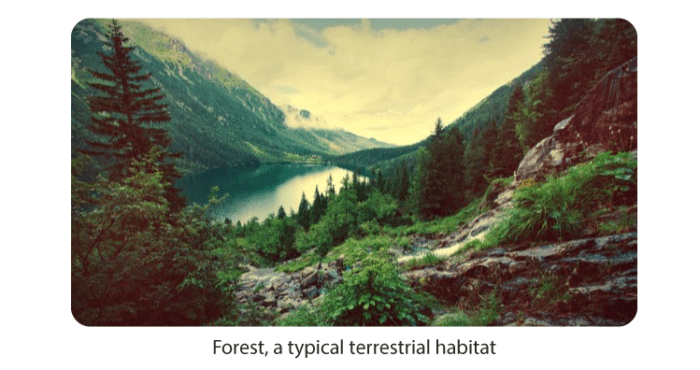 Learn more about the Characteristics and Habitats of Living Organisms from the topics given below:

What is ‘Response to stimuli’?

Any process that results in a change in state or activity of a cell or an organism (in terms of movement, secretion, enzyme production, gene expression, etc.) as a result of a stimulus.

What are ‘Biotic Components’?

What are ‘Aquatic habitats’?