Constant is a quantity which has a fixed value.

Parts of an expression which are formed separately first and then added are known as terms. They are added to form expressions.

Coefficient of a term

For More Information On Algebra as Patterns, Watch The Below Video. 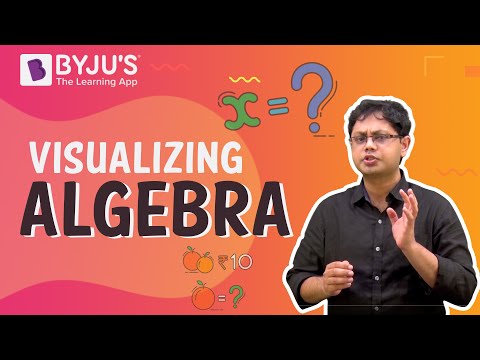 To know more about Algebra as Patterns, visit here.

Writing Number patterns and rules related to them

For More Information On Number Patterns, Watch The Below Videos. Factors of a term

Factors of a term are quantities which can not be further factorised. A term is a product of its factors.
Example: The term –3xy is a product of the factors –3, x and y.

Types of expressions based on the number of terms

Based on the number of terms present, algebraic expressions are classified as:

Addition and Subtraction of Algebraic Equations

To know more about Addition and Subtraction of Algebraic Equations, visit here.

For More Information On Solving an Equation, Watch The Below Video. Algebraic expressions can be used in formulating perimeter of figures.
Example: Let l be the length of one side then the perimeter of:
Equilateral triangle = 3l
Square = 4l
Regular pentagon = 5l

Use of algebraic expressions in formula of area of figures

Algebraic expressions can be used in formulation area of figures.
Example: Let l be the length and b be the breadth then the area of:
Square = l2
Rectangle = l×b = lb
Triangle =

What is a ‘Constant’?

Constant is a quantity which has a fixed value.

What are the types of polynomials?