In Chapter 3 of Class 10 Geography, you will learn about water resources. The chapter begins with the availability of fresh water on earth and how the situation of scarcity of water generates. The chapter discusses the pros and cons of constructing dams on rivers. In the end, the chapter talks about Rain Water Harvesting as a means to conserve water. Here, we have compiled the CBSE Notes for Class 10 Geography Chapter 3 on Water Resources. These notes cover all the important topics which are discussed in the chapter. You can also download these notes in PDF for offline reading, as well.

Three-fourth of the earth’s surface is covered with water but only a small proportion of it accounts for freshwater, that can be put to use. Water is a renewable resource.

Water Scarcity and the Need for Water Conservation and Management

The availability of water resources varies over space and time.

The need of the hour is to conserve and manage our water resources:

In ancient times, we used to conserve water by constructing sophisticated hydraulic structures like dams built of stone rubble, reservoirs or lakes, embankments and canals for irrigation. We have continued this tradition in modern India by building dams in most of our river basins.

A dam is a barrier across flowing water that obstructs, directs or retards the flow, often creating a reservoir, lake or impoundment. “Dam” refers to the reservoir rather than the structure.

Side effects of Creating Dams

Most of the objections to the projects arose due to their failure to achieve the purposes for which they were built. Most of the dams were constructed to control floods but, these dams have triggered floods. Dams have also caused extensive soil erosion. Excessive use of water has resulted in earthquakes, caused water-borne diseases and pests and pollution.

Have a look at the India Major Rivers and Dams in the map below: 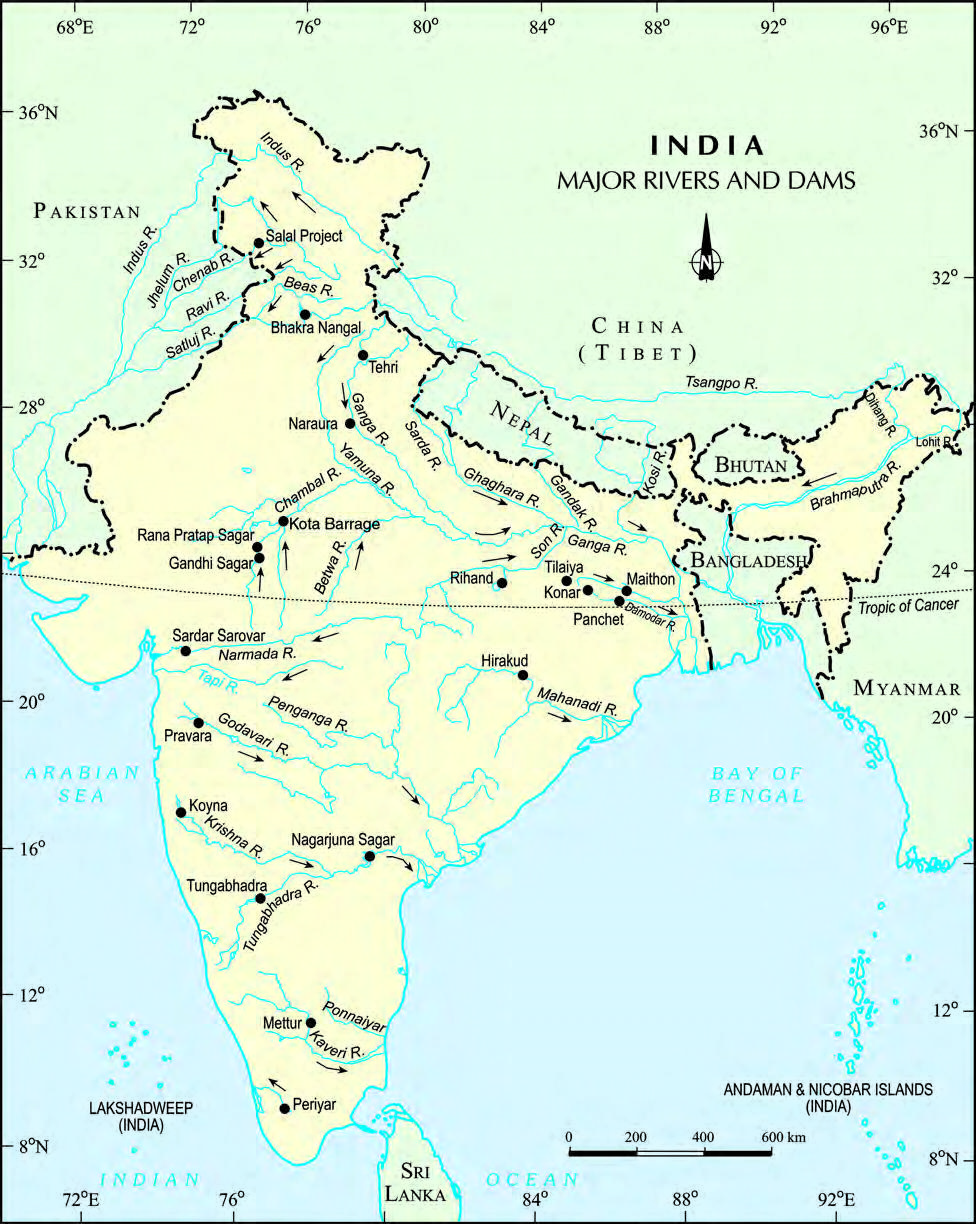 Rainwater harvesting is a simple method by which rainfall is collected for future usage. The collected rainwater may be stored, utilised in different ways or directly used for recharge purposes.

Different methods have been adopted in different areas for Rain Water Harvesting.

Tamil Nadu is the first state in India which has made rooftop rainwater harvesting structure compulsory to all the houses across the state. There are legal provisions to punish the defaulters.

What is the origin of water?

A study suggested that the water originated from rocks with which the Earth formed.

What are the different types of ‘Condensation’?

What are the methods that can be followed for proper water management?