Locomotion in Animals and Their Body Structure

The skeletal system in the human body helps in its locomotion. Different types of bones and muscles take part in the locomotory action. In the case of birds and animals, their body structure is different from that of humans. Also, the mode of locomotion varies from one animal to another. Hence, each organism has its own structural makeup which supports their daily activities. Suppose, if the skeletal system in birds is as heavy as in humans, birds can’t fly. For this purpose, birds have light bones attached to strong muscles. How do earthworms move without a single bone in their body? Let’s see gaits of animals like birds, earthworm, snails, cockroach, etc. more in details.

Locomotion is an important process for animals. Animals have to move from one place to another for many reasons. They can’t stay in one place in order to support their living. Hence, certain body movements are observed in every organism but the means vary according to their body structure. The gait of a few animals are as follows:

Locomotion of earthworm is the outcome of muscular actions in them. Continuous expansion and contraction of muscles help them to move. Hence, earthworms make small moves using muscles alone.

Snails have a characteristic shell on their back. The hard external shell is a non-bony structure called exoskeleton. It does not help in movements but is a shield from predators and damages. 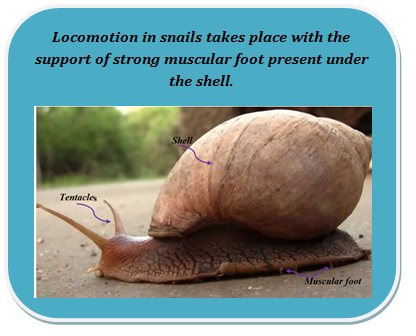 Cockroaches have a body structure that facilitates walking, climbing and flying. Their body is covered by a hard outer skeleton.

Birds have light bones attached to strong muscles which help them to fly. Whereas hind limb bones are modified to walk and perch. 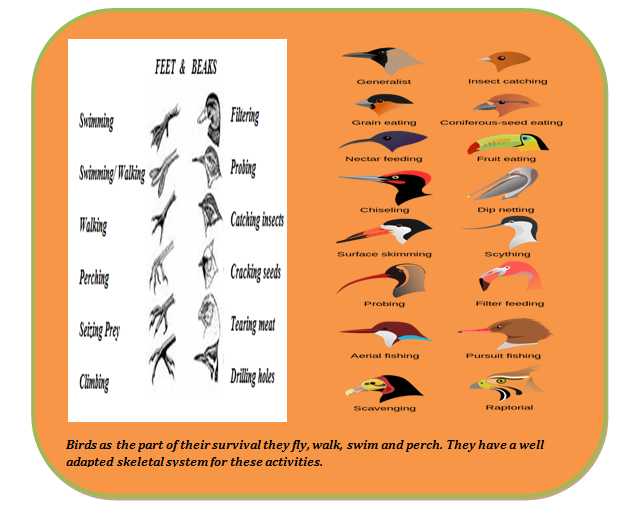 Fish is an aquatic animal adapted to live in water.

Snakes slither on the ground with the help of its long backbone and muscles attached to it.

Slither, glide, hop, wiggle, run, jump – the list of ways animals move is countless! Animals of all size and shape move in search of shelter, food, mate and to escape from predators using their different body parts like fins, legs, wings and so on.