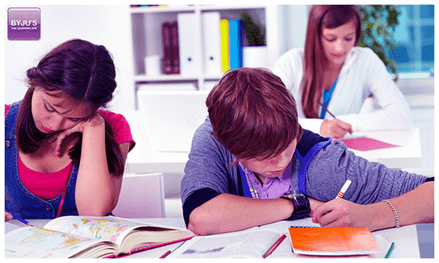 The government of Madhya Pradesh has bought in the CBSE(Central Board of Secondary   Education) style of Comprehensive and Continuous Evaluation(CCE) in public and private schools as a measure to reduce stress-related suicides by students.

As per the National Crime Records Bureau(NCRB) data, at least 45 students had committed suicide during the current year all due to the stress of exam preparations and not being able to deliver up to the expected level. This data further states that  between the year 2005-2014 the suicide percentage has been a huge rise of 240 % .

According to the additional chief secretary (School Education Department), students would be provided with the option of assessing their performance after the completion of their examinations  that are conducted between three months or half a year at present.

Also, the evaluation would not be entirely centered on academics but there would be assessments on performances in extra curriculum activities like sports, music, arts and even social activities. The reason behind this is that the CCE pattern has been pretty successful and hence the education department wants to try them on.

The order for this had came from the state government to introduce the CCE that was brought in by the CBSE before a decade. As a way to help the students to de-stress, a lot of extra-curricular activities would be held in the first three sessions of each first saturday  of every month for the continuous and all-round assessment of  the  students  regarding their performance and to unearth their talents.

From the marks awarded out of 100, 80 would be measured on the basis of academics and the rest 20 would be on their performances on extra curriculum activities. Also from the 80 marks, 10 marks would be awarded in the examination of the third month, 10 marks granted for semi annual exam and 60 marks for the yearly examination.

For classes IX and X there would be a system named Best of Five that would be marked against the total of six subjects  viz. the highest marks in five subjects among six  for both class IX and class X exam would be taken to calculate the result.

Also there would be an option available for students  from class IX and Class X  as to whether they would like to choose simple mathematics or advanced mathematics may be from the academic year 2017-18 or 2018-19.

The aim behind this is that the students those who wish to go for professional courses like engineering or medical and other streams related to science could choose advanced maths whereas those who prefer commerce or arts could choose simple maths.

The major aim behind all this is to bring along every student into the mainstream viz. Bring together the students excelling at academics  and the ones good at sports and music at the same level.