Biological classification is a scientific procedure for classifying organisms in a series of groups and sub-groups based on their similarities and dissimilarities. The main aim of biological classification is to place the vast number of animals and plants into categories that can be easily named and recalled without ambiguity. Thus, in class 11, students study this topic in chapter 2 biology textbook. Here they will learn about topics like Kingdoms Monera, Protista and fungi from Whittaker’s System of Classification.

For More Information On Monera Kingdom, Watch The Below Video: 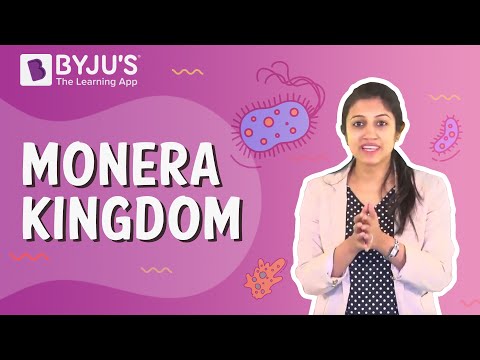 To help students grasp all the concepts clearly and effectively,  we are provided biological classification class 11 notes which will provide a complete overview of the entire chapter. Students will also be able to familiarize themselves with key points and recall them with ease. These CBSE notes will further allow students to complete their revisions before the exams and be well prepared to tackle any question. Students can visit the links given below to learn about the important topics mentioned in this chapter.

In addition to this students can also get biology class 11 CBSE sample papers, previous year question papers and mocks tests to prepare for the main exam. Check them out below:

4. How are red tides signified with algal bloom?

Red tides are a common name for algal blooms. Some species of algae in these blooms produce certain photosynthetic pigments that cause their colour to vary from brown to red; hence the name “red tides”.

Just like any other algal blooms, these are usually caused when there is a sudden introduction of nutrients to the surface of the ocean. Generally, algal blooms have a detrimental effect on all life – even humans.

Viroids are entities smaller than a typical virus. It has no protein coat, however, it still has a nucleic acid. These entities do not encode proteins, yet they are able to replicate themselves when introduced into a host plant.

Saprophytes are organisms that feed on decayed organic matter. Most fungi and soil bacteria are considered as saprophytes.

Plasmogamy is one of the stages in the sexual reproduction of fungi. In this stage, the two-parent cells fuse together without the fusion of nuclei, effectively bringing two haploid nuclei in the same cell.

8. What is meant by karyogamy?

Karyogamy is the final stage in the process where two haploid eukaryotic cells fuse together. It specifically refers to the fusion of the two nuclei.

To learn more about Biological Classification Class 11 Notes, or other related topics, please register at BYJU’S.

What organisms does kingdom monera consist of?

Kingdom Monera is a biological kingdom that consists of prokaryotes. This kingdom is composed of single celled organisms that lack a real nucleus.

What are the 5 main classifications of Plant kingdom?

The 5 main classification of the Plant kingdom are: 1. Thallophyta 2. Bryophyta 3. Pteridophyta 4. Gymnosperms 5. Angiosperms

What are some of the uses of ‘Fungi’?

Fungi is used for several purposes especially in the food industry and food preparation. It is also used to produce citric aicd, antibiotics and human hormones.