A cell is defined as the most basic, structural and functional unit of all living organisms. Essentially, a cell is a structure that contains organelles which provide necessary functions to sustain itself. However, not all cells are the same.

Plants have cells that are vastly different from animals. One of the primary differences between the two is the absence of cell walls in animal cells. Cells also vary in size, with the largest one in the human body being the egg or the female ovum. It measures roughly around 1 millimetre across. The smallest cell is the granule cell which is found in the human cerebellum, measuring roughly around 4.5 micrometres in size.

For More Information On Cell Structure and Its Function Animal, Watch The Below Video: 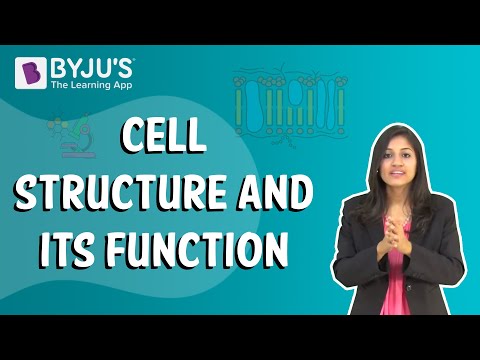 This scientific theory, initially formulated by Matthias Schleiden and Theodor Schwann, proposed that all living organisms are composed of cells, and new cells are formed from pre-existing cells. Even though the theory was put forth by Schleiden and Schwann, other notable scientists have contributed to this theory, turning its status from a theory to a universally accepted fact.

Prokaryotic cells are unicellular microorganisms and one of the most ancient organisms on earth. There are many types of prokaryotes, some of which are extremophiles. Others are photoautotrophic, able to produce nutrients from the suns energy.

A typical prokaryotic cell is made up of a single membrane and therefore, all the reactions occur within the cytoplasm. They can be free-living or can be found within the gut of other organisms such as ruminants (cows and buffaloes).

Eukaryotes possess many cellular organelles that perform various functions. Some of these organelles, such as the cell wall, are exclusive to plant cells.

To learn more about Cell: The Unit of Life Class 11, or other related topics, please register at BYJU’S.

What are the functions of the mitochondria?

Mitochondria are membrane-bound cell organelles that generate most of the chemical energy needed to power the cell’s biochemical reactions.

What is flagella and what are its functions?

Flagellum is primarily a motility organelle that enables movement and chemotaxis. In addition to motility, flagella possess several other functions that differ between bacteria and during the bacterial life cycle

What are the main functions of the golgi apparatus?

The Golgi apparatus is responsible for transporting, modifying, and packaging proteins and lipids into vesicles for delivery to targeted destinations