Perimeter and area class 7 notes provided here covers all the important concepts, formulas, and terms included in this chapter along with solved examples and practice questions. The topics that are covered in these CBSE class 7 notes for chapter 11 include-

What is Perimeter and Area of a Closed Figure?

Perimeter of a closed figure: Perimeter can be defined as the length of the boundary of a a figure i.e. the total distance around the figure.

Note: It should be noted that the perimeter of a circle is called its circumference which is defined as the distance around a circle’s circular region.

Area and Perimeter of Some Common Figures

An unit can be easily converted to other units. This can be understood better with the following example in which 1cm2 is converted to 1mm2. 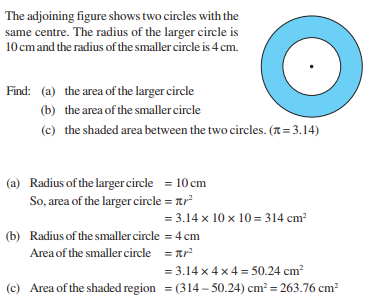 To get more such maths and science notes of class 7, keep visiting BYJU’S. Also, get several topic-wise notes for class 7 along with several sample papers, questions papers and study materials to prepare for the exams more effectively.