Clearing of forests and trees eventually using that land for other purposes like agriculture and other human activities. The main causes for deforestation are:
(i) agricultural expansion
(ii) livestock grazing
(iii) Illegal logging, which is cutting, processing of trees in prohibited land.
(iv) human infrastructure expansion
(v) overpopulation 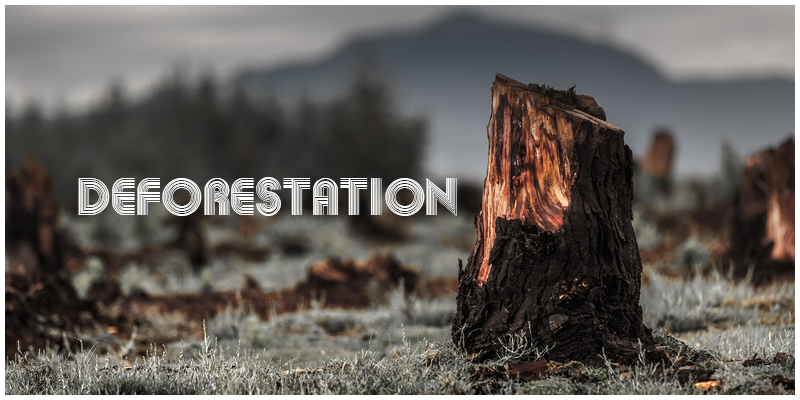 (i) The source of conversion of carbon dioxide to oxygen is reduced. Plants use photosynthesis to convert carbon dioxide to oxygen. This process leads to Global Warming.
(ii) Pollution increases as there is a decrease of plants, which give out fresh air to breathe.
(ii) Ground water level also gets lowered. Desertification and droughts are the results of deforestation.

Conservation of forest and wildlife

To know more about Conservation of Forest and Wildlife, visit here.

Species is a group of populations, which are capable of interbreeding (reproducing fertile offspring).

The plants and animals observed in a specific region are referred to as flora and fauna of that region.

Endemic species are species of plants and animals that are exclusively found only in a particular region or area.

(i) Biosphere Reserve- Large areas which conserve biodiversity and civilization of that region. They preserve and protect tribal groups in addition to wildlife.  Eg: Pachmarhi Biosphere Reserve.

Make the World a Greener Place

Paper is recycled so that more trees do not have to be cut down to create more paper. It is important that we conserve trees and reduce the use of paper as much as possible.

To know more about Recycling of Paper, visit here.

Reforestation is restoring of the cleared or destroyed forests by planting new trees. Endangered animals
Animals whose count is reducing to an extent that they might face extinction are known as the endangered animals. Eg: Giant panda, tiger. Red Data Book is a source(reference) book, keeping a record of all the plant and animals that are endangered.
Ecosystem
Ecosystem is the region consisting of all the living plants, animals and microorganisms in an area along with non-living components such as climate, soil, river deltas, etc.

Migration
Migration is defined as the movement of organisms in large numbers from one place to another.

What is ‘Virgin vegetation’?

What are ‘Monsoon forests’?

Monsoon forests are open deciduous or partially deciduous forest of tropical regions that develops in areas with alternating seasons of heavy rainfall and prolonged drought.

What are ‘Montane forests’?

Montane ecosystems refer to any ecosystem found in mountains. Dense forests are common in areas of moderate elevations.