Visualising Solid Shapes Class 8 Notes provided here are the right tool for students to study productively and score better marks in the exams. Chapter 10 notes will help students get a complete overview of the chapter and also a clear insight into the important topics to remember. The CBSE notes further come with detailed information about each topic and students can have an effective revision before the exams.

A shape with only two dimensions (such as length and width) and no thickness is called two-dimensional shape. Squares, Circles, Triangles, etc are two dimensional objects. Also known as “2D”. 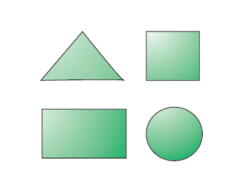 Area is measurement of space enclosed by a closed geometrical figure.

For More Information On Visualizing Solid Shapes and Area, Watch The Below Video. 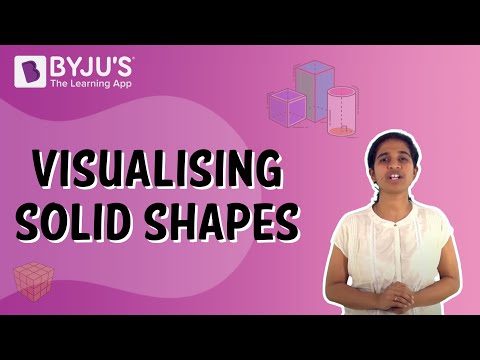 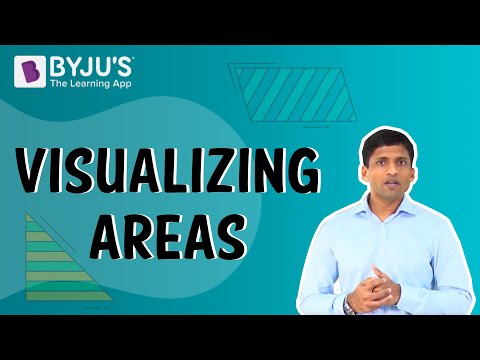 To know more about Area of Different Shapes, visit here.

Volume is measurement of total space occupied by a solid.

Shapes which can be measured in 3 directions are called three-dimensional shapes. These shapes are also called solid shapes. Length, width, and height (or depth or thickness) are their dimensions. 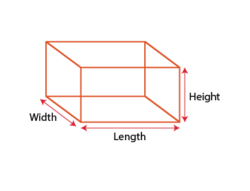 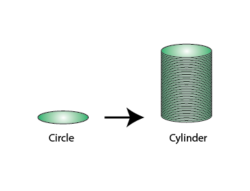 Solids and Their Classification

In geometry, hexagon is a polygon with 6 sides. Sum of all interior angles is equal to 720°.
If all the sides of hexagon are equal then it is called regular hexagon, then each interior angle measures 120°. 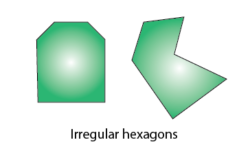 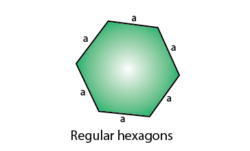 Solids with curved faces are called Non polyhedrons. They also can be discribed as solids which have sides that are not polygons.
Example: Sphere, Cylinder, Cone, etc. 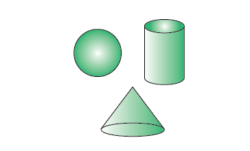 A Polyhedron is a solid in three dimensions with flat polygonal faces, straight edges and sharp corners or vertices. In short, Solids with flat surfaces are called Polyhedrons.(or Polyhedra)

Regular polyhedron: All faces constitute regular polygons and at each vertex the same number of faces intersect. Example : Cube

A cuboid is a solid bounded by six rectangular plane regions.
It is formed by stacking rectangles linearly.

For More Information On Cube and Cuboid, Watch The Below Video. 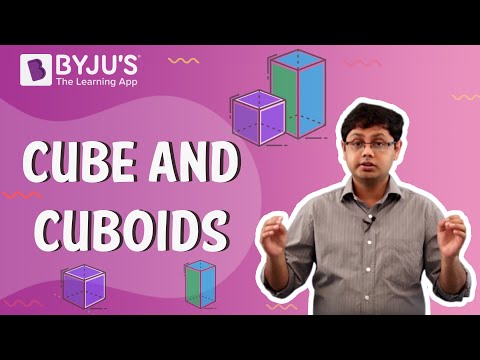 Solid Triangular Prism: A polyhedron with two triangular  bases parallel to each other. It is formed by stacking triangles linearly. 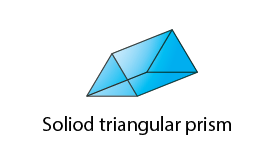 Solid Hexagonal Prism: A polyhedron with two hexagonal  bases parallel to each other. It is formed by stacking hexagons linearly. Each face of hexagonal prism is rectangular in shape.

Solid cylinder can be formed in two different ways:

(i) By stacking rectangles in a circular fashion.

(ii) By stacking many circles linearly 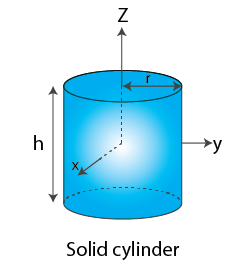 Solid spheres are formed by stacking circles in a circular fashion. 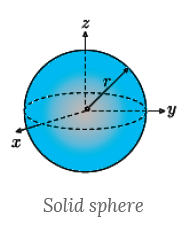 Solid Cones are formed by stacking triangles which are right-angled, in a circular fashion with edge which is right angled at the center. 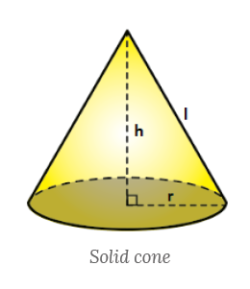 Hollow Cuboid: Formed by joining six rectangles in a specific manner as shown below: 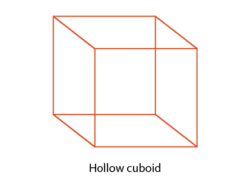 Hollow triangular prism: Formed by joining two triangles and three rectangles in a specific manner as shown below: 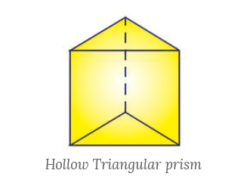 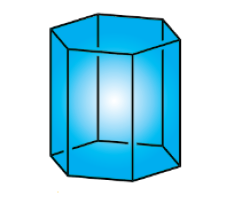 Hollow Cylinder: A cylinder is made by rotating a rectangle around either its length or breadth as shown below. 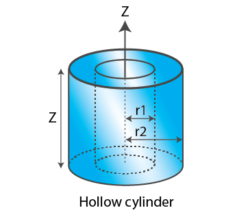 Hollow Cone: A circle and a curved sector of a circle are joined together as shown below: 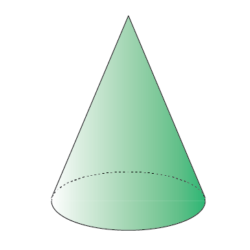 Pyramid: All side faces are triangular in shape and base is of the shape of any polygon.

Polyhedrons are of two types:

(i) Convex Polyhedron:
A polyhedron whose surface (comprising its faces, edges and vertices) does not intersect itself.
Line segment joining any two points of the polyhedron lies within its interior part or on surface.