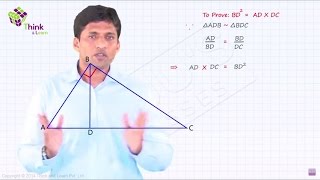 This theorem describes the relationship between altitude drawn on the hypotenuse from vertex of the right angle and the segments into which hypotenuse is divided by altitude.

If two triangles are similar to each other then,

i) Corresponding angles of both the triangles are equal and

ii) Corresponding sides of both the triangles are in proportion to each other.

Thus by AA axiom of similarity

The converse of above theorem is also true which states that any triangle is a right angled triangle, if altitude is equal to the geometric mean of line segments formed by the altitude.

The above theorem can be easily comprehended by visualizing it.

This figure can be represented by splitting \(ΔADC \) and \(ΔBDC\) along its altitude h and these dissected portions can be augmented and arranged into two different ways as shown below: 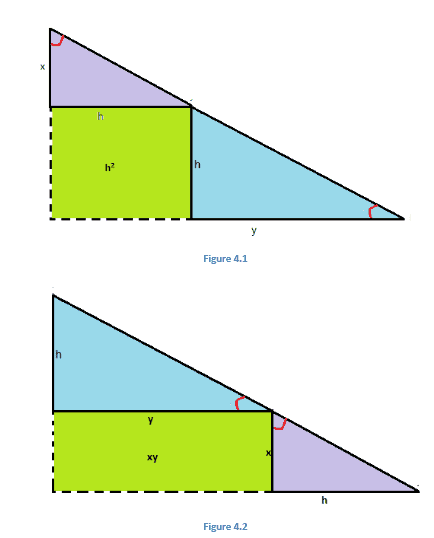