The movements of Earth are divided on the basis of the forces, which cause them. The forces, which act in the interior of the Earth are called Endogenic forces and the forces that work on the surface of the Earth are called Exogenic forces. Earthquakes and Volcanoes cause mass destruction over the surface of the Earth. The landscape is being continuously worn away by two processes – weathering and erosion. These NCERT Solutions for Class 7 Geography presents students with solutions for all the questions laid out in the NCERT Class 7 Geography textbook.

For NCERT Solutions for Class 7 for other subjects, students can visit the linked article. 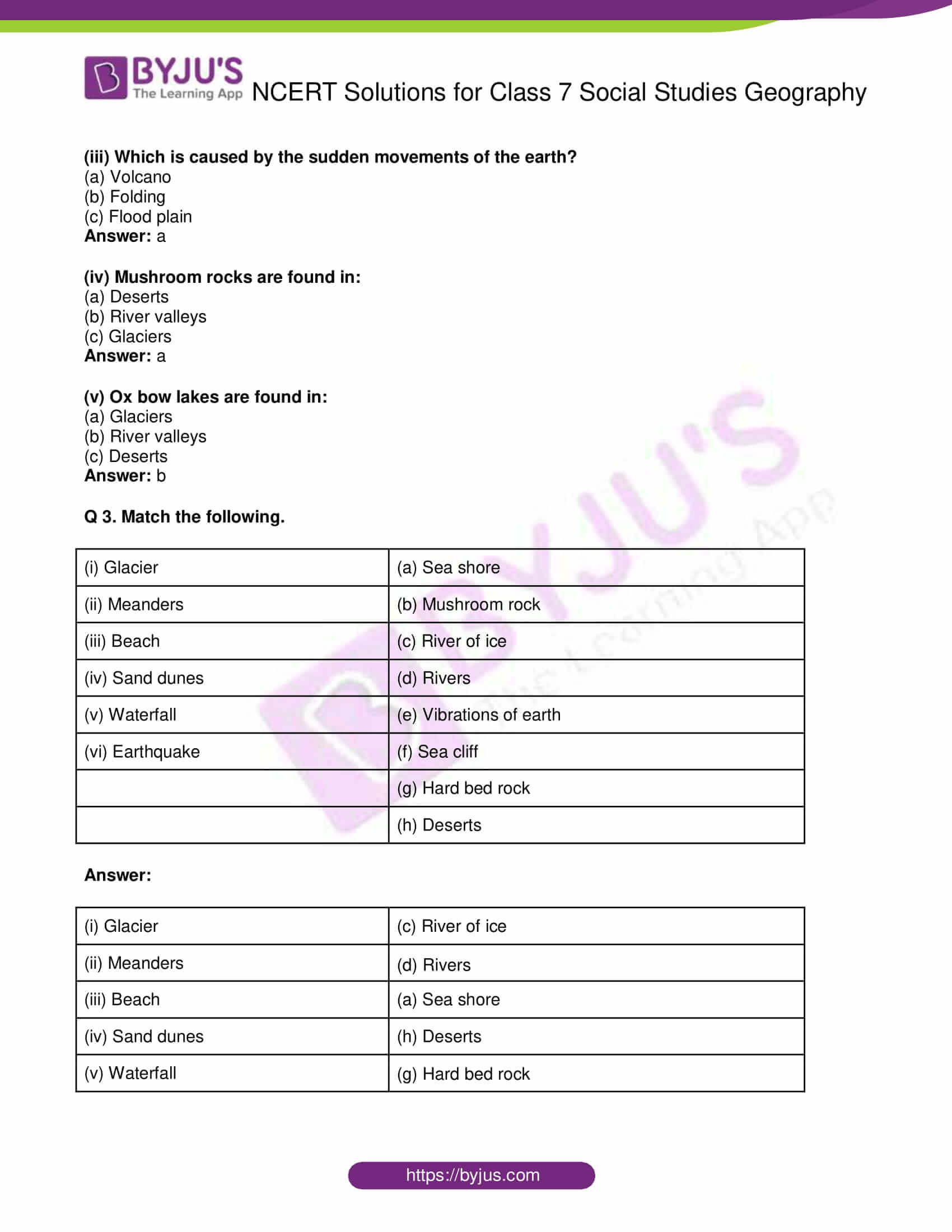 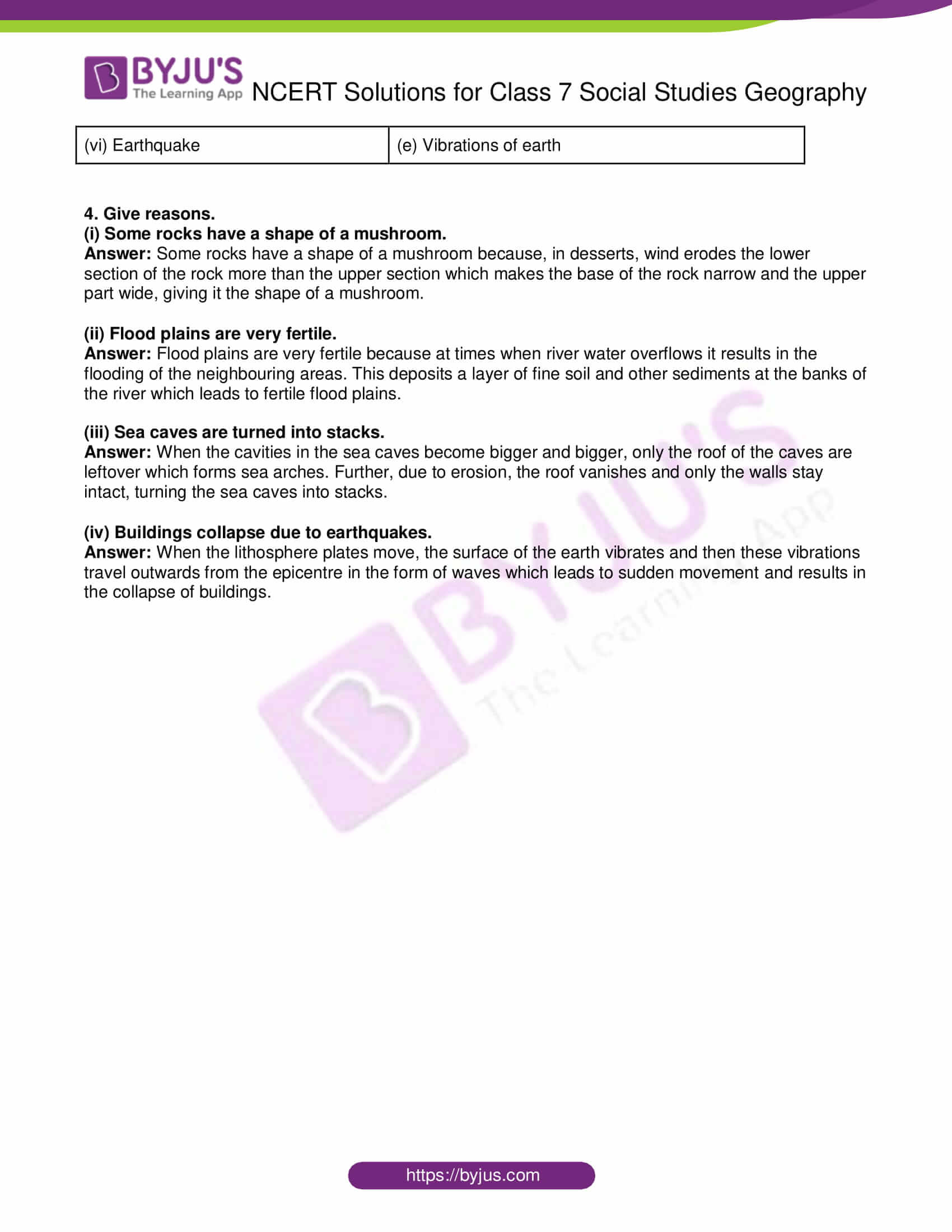 (i) Why do the plates move?

(ii) What are exogenic and endogenic forces?

(iii) What is erosion?

Answer: Erosion is defined as the wearing away of the landscape by different agents like water, wind and ice. The process of erosion and deposition creates different land-forms on the surface of the earth.

(iv) How are flood plains formed?

Answer: When a river overflows its banks, it results in the flooding of the area surrounding it. When it floods, it deposits a layer of fine soil and other material called sediments. Thus, forming a fertile layer of soil called flood plains.

(v) What are sand dunes?

Answer: When the wind blows, it lifts and transports sand from one place to another. When the wind stops blowing, the sand falls and gets deposited in the low hill-like structures. These are called sand dunes. They are mostly found in desert areas.

(vi) How are beaches formed?

Answer: The sea waves deposit sediments along the seashores. This results in the formation of beaches.

(vii) What are the ox-bow lakes?

Answer: When the river enters the plains, it twists and turns forming large bends known as meanders. In due course of time, the meander loops start to cut off the river and form cut off lakes, known as the ox-bow lakes.

(i) Which is not an erosional feature of sea waves?

(ii) The depositional feature of a glacier is:

(iii) Which is caused by the sudden movements of the earth?

(iv) Mushroom rocks are found in:

(i) Some rocks have the shape of a mushroom.

Answer: Flood plains are very fertile because at times when river water overflows, it results in the flooding of the neighbouring areas. This deposits a layer of fine soil and other sediments at the banks of the river, which leads to fertile flood plains.

Answer: When the cavities in the sea caves become bigger and bigger, only the roof of the caves are leftover, which forms sea arches. Further, due to erosion, the roof vanishes and only the walls stay intact, turning the sea caves into stacks.

(iv) Buildings collapse due to earthquakes.

Answer: When the lithospheric plates move, the surface of the earth vibrates and then these vibrations travel outwards from the epicentre in the form of waves, which leads to sudden movement and results in the collapse of buildings.

This chapter from the NCERT Geography book gives detailed information about:

1. The changing Environment on Earth and its Effects

a. Work of River

b. Work of Sea Waves

Our Environment is the NCERT Geography book for students in Class 7. For NCERT Solutions for Class 7 Social Science, visit the linked article.