RD Sharma Solutions for Class 7 Maths Exercise 16.5 Chapter 16 Congruence are available here. The expert faculty at BYJU’S have formulated solutions based on the marks allotted for each step of a problem. The main objective is to help students in solving problems, in turn, which makes the subject easier to understand. Our experts have provided chapter-wise solutions which help students perform well in the exam. Students can download the RD Sharma Solutions for Class 7 for further reference. This exercise explains RHS congruence condition for two congruent triangles. 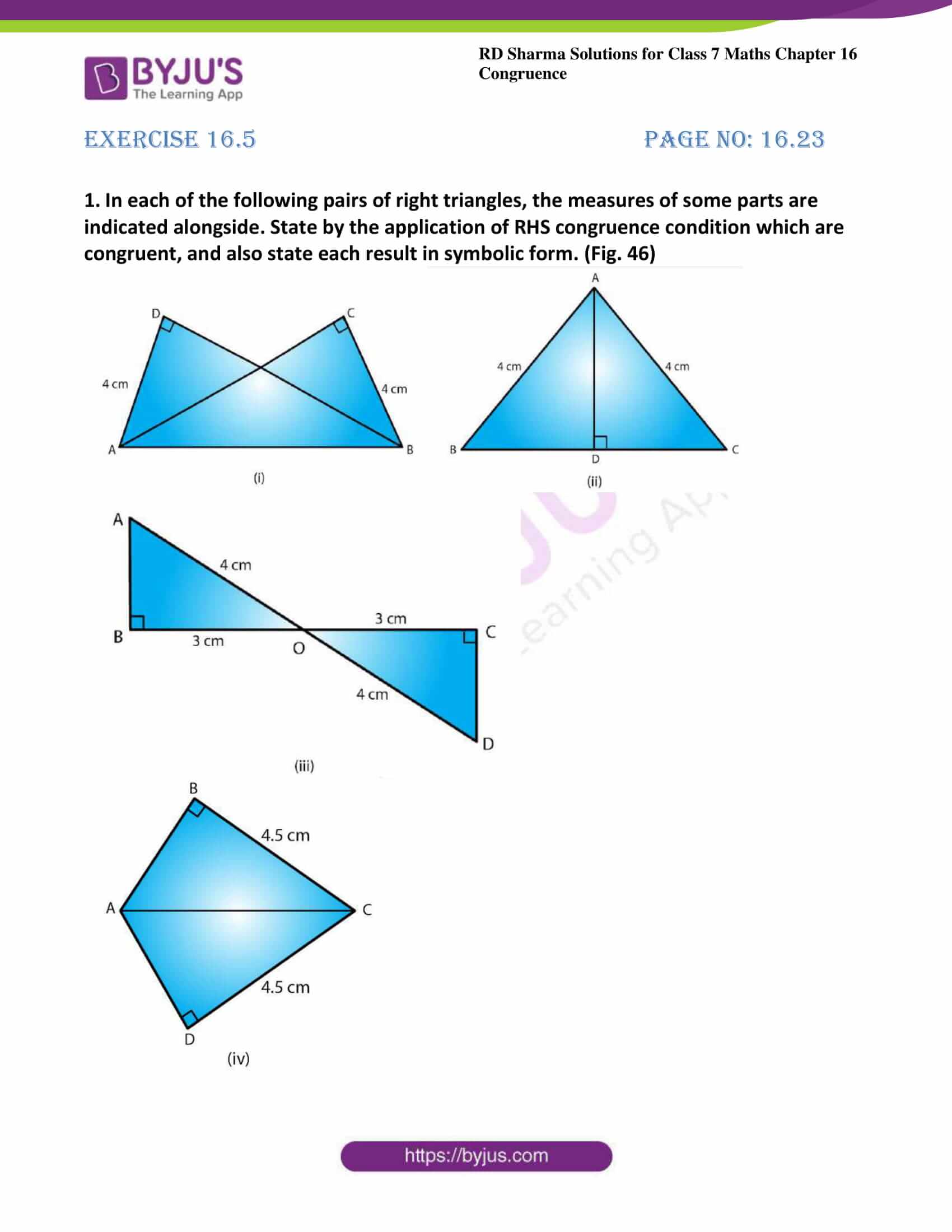 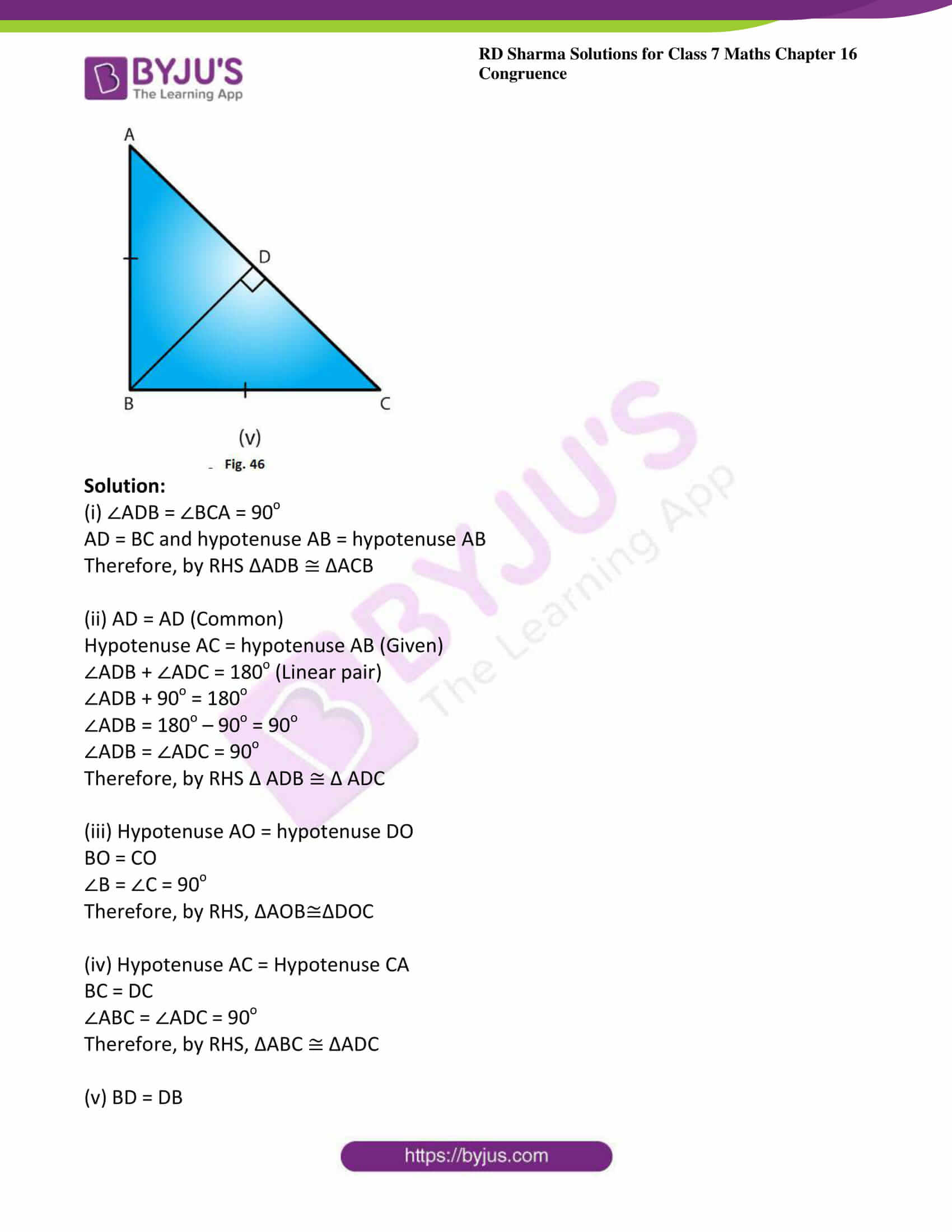 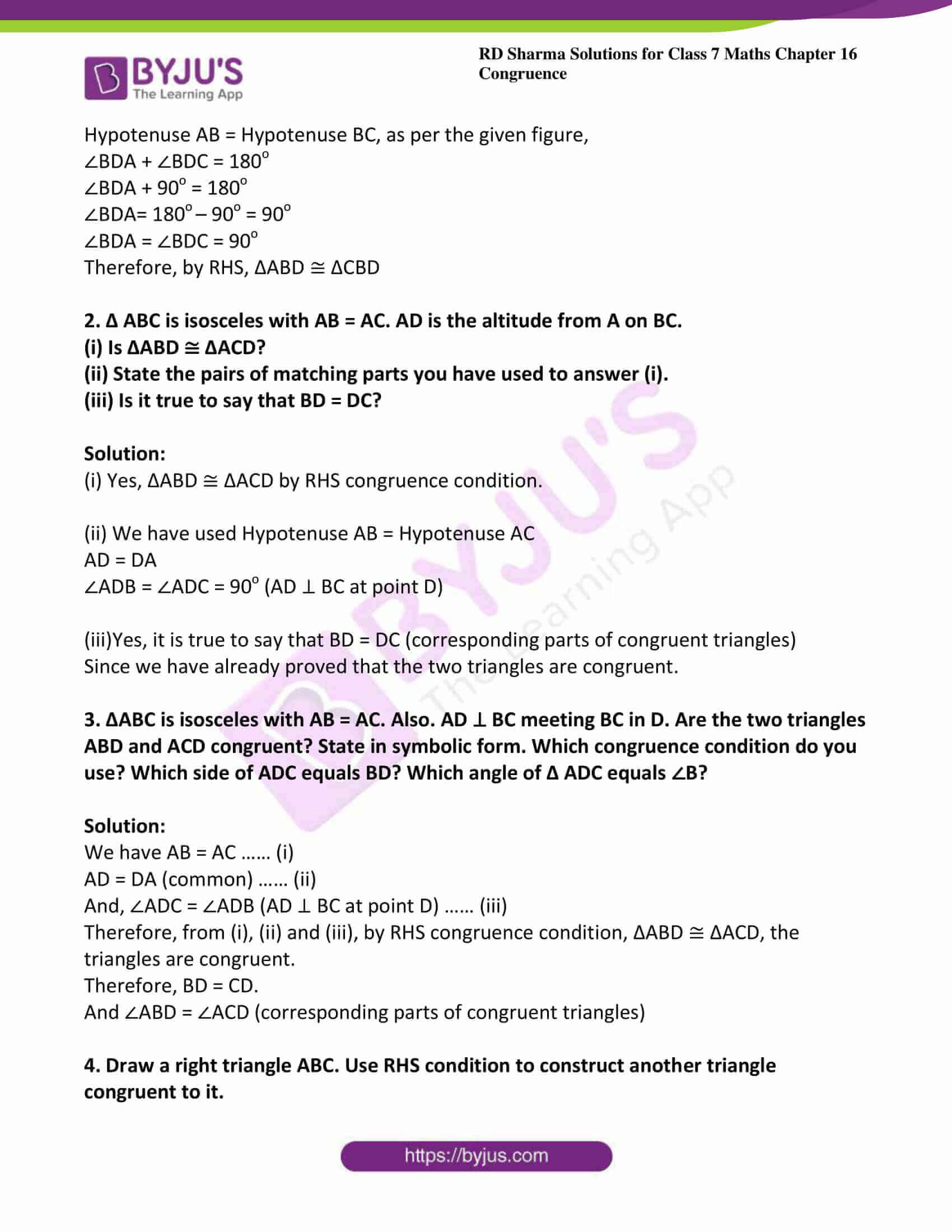 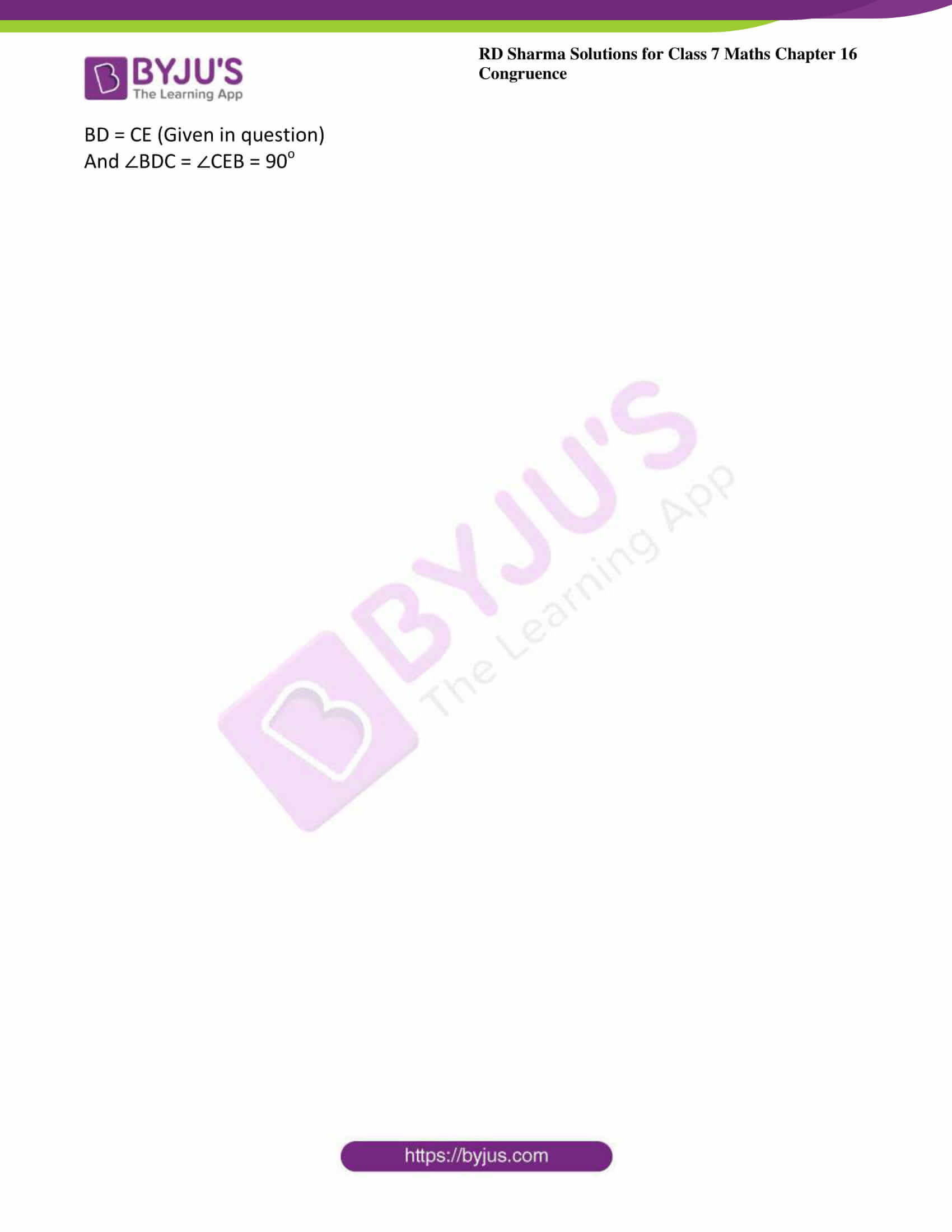 1. In each of the following pairs of right triangles, the measures of some parts are indicated alongside. State by the application of RHS congruence condition which are congruent, and also state each result in symbolic form. (Fig. 46) 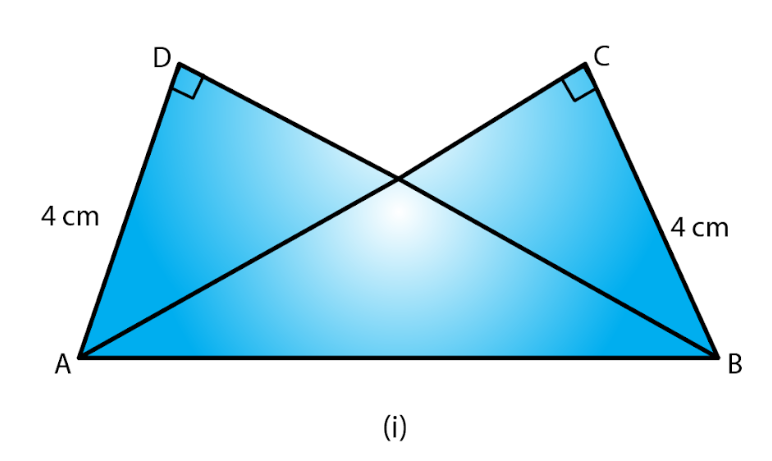 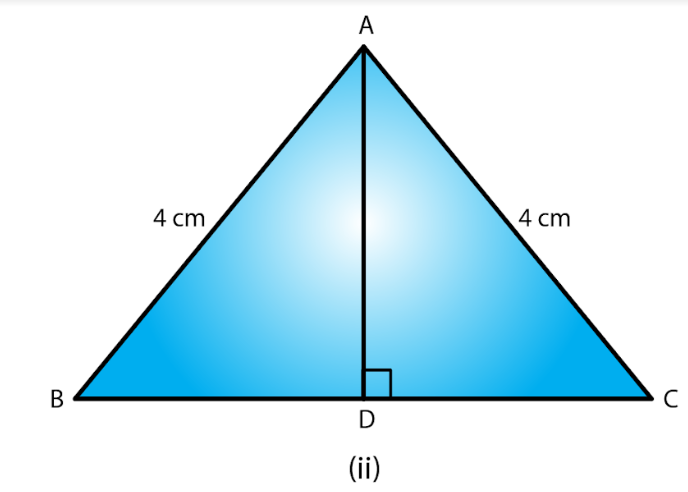 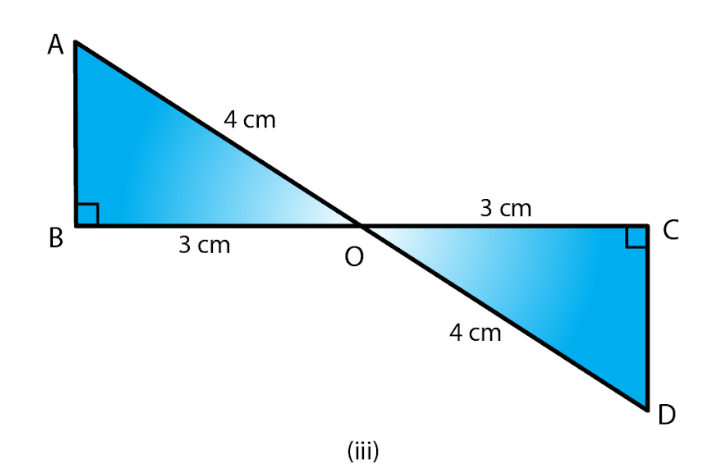 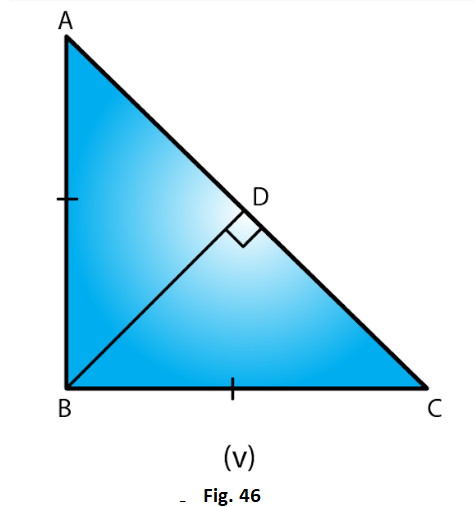 Hypotenuse AB = Hypotenuse BC, as per the given figure,

(ii) State the pairs of matching parts you have used to answer (i).

(iii)Yes, it is true to say that BD = DC (corresponding parts of congruent triangles)

Since we have already proved that the two triangles are congruent.

3. ΔABC is isosceles with AB = AC. Also. AD ⊥ BC meeting BC in D. Are the two triangles ABD and ACD congruent? State in symbolic form. Which congruence condition do you use? Which side of ADC equals BD? Which angle of Δ ADC equals ∠B?

Therefore, from (i), (ii) and (iii), by RHS congruence condition, ΔABD ≅ ΔACD, the triangles are congruent.

4. Draw a right triangle ABC. Use RHS condition to construct another triangle congruent to it. 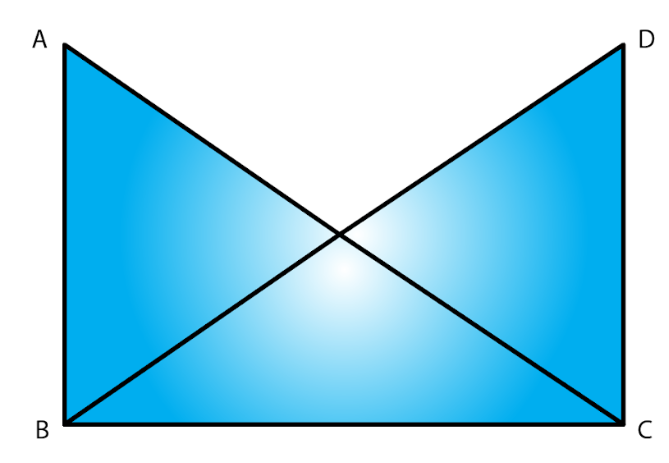 We now construct another triangle on base BC, such that ∠C is a right angle and AB = DC 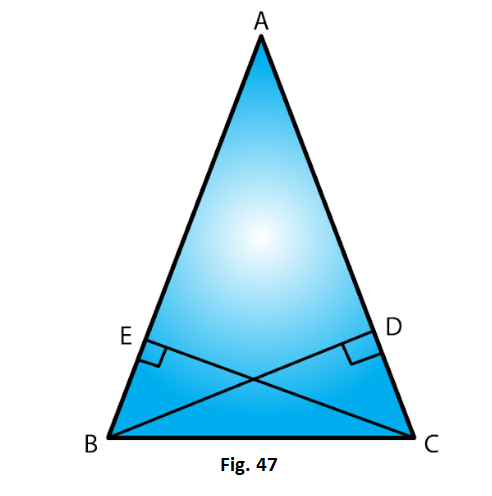 BD = CE (Given in question)