If you observe a drop of water from the pond through a microscope, you will see a lot of tiny rounded structures. These tiny creatures are known as microbes or microorganisms. They are all around us and are so small in size that they cannot be seen with bare human eyes. Microbes are classified into four groups as:

The Guys Who Are Everywhere – Bacteria

Viruses – From Computers to Life

Save Yourself – Vaccines and Antibiotics

A vaccine is a biological preparation that provides active acquired immunity to a disease.

Antibiotics is an inorganic or organic compound that inhibits and kills microorganisms.

Watch What You Eat! – Food Poisoning and Preservation

Preservation by oil and Vinegar

The nitrogen cycle is a biogeochemical cycle by which nitrogen is converted into various chemical forms as it circulates among the atmosphere and terrestrial and marine ecosystems. 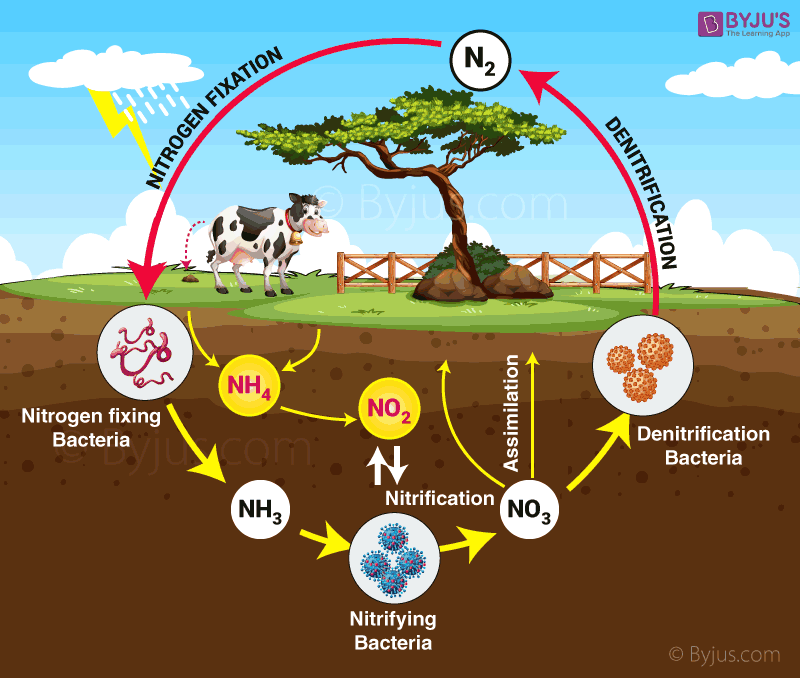 Learn more about Microorganisms living around us and other related topics including CBSE class 8 Science notes, at BYJU’S.