NCERT Solutions for Class 10 Civics Chapter 4 provides knowledge on how different tiers of government and various social groups share power. In this chapter, you will understand why power sharing is important for democracy. At the end of the chapter, you will find questions related to gender and religious differences, caste inequalities, etc. So, to help you prepare better for the exam, we are providing the NCERT Solutions for Class 10 Civics Chapter 4 – Gender Religion and Caste. These solutions provide the answers to the exercises in this chapter. You can go through them and can write the same answer in your exam to score good marks. 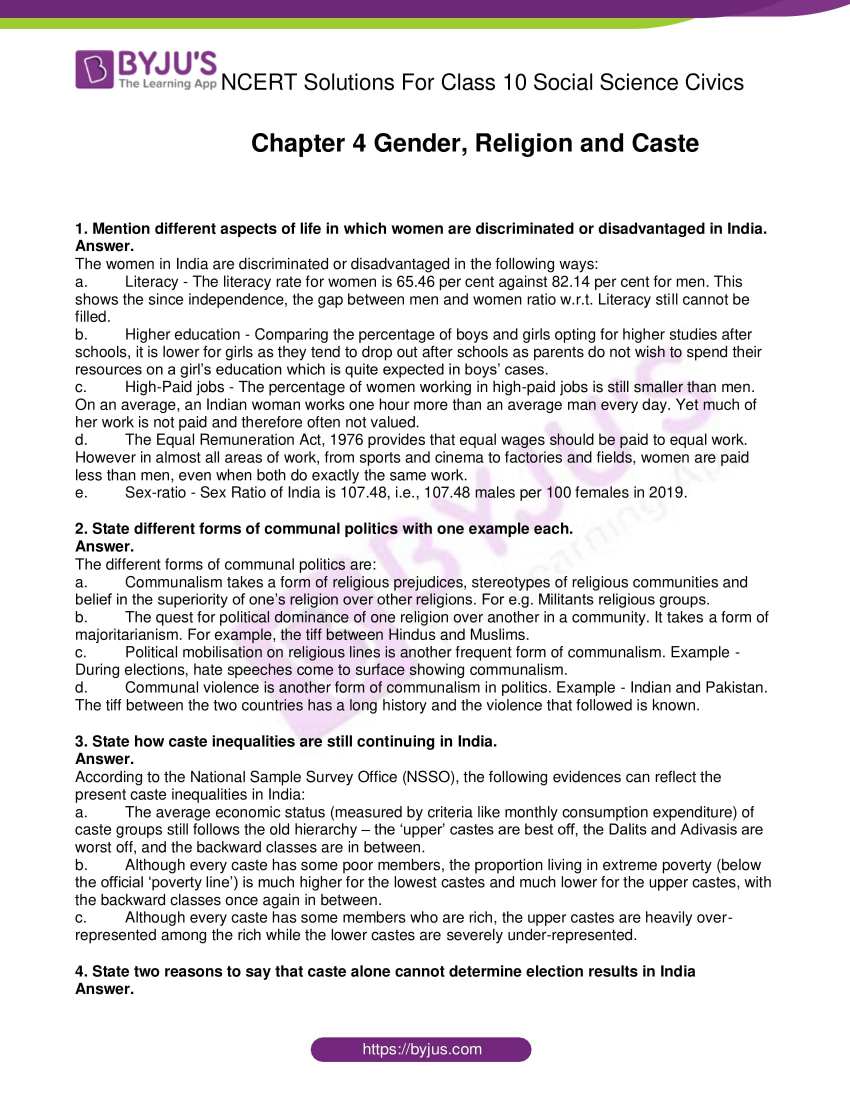 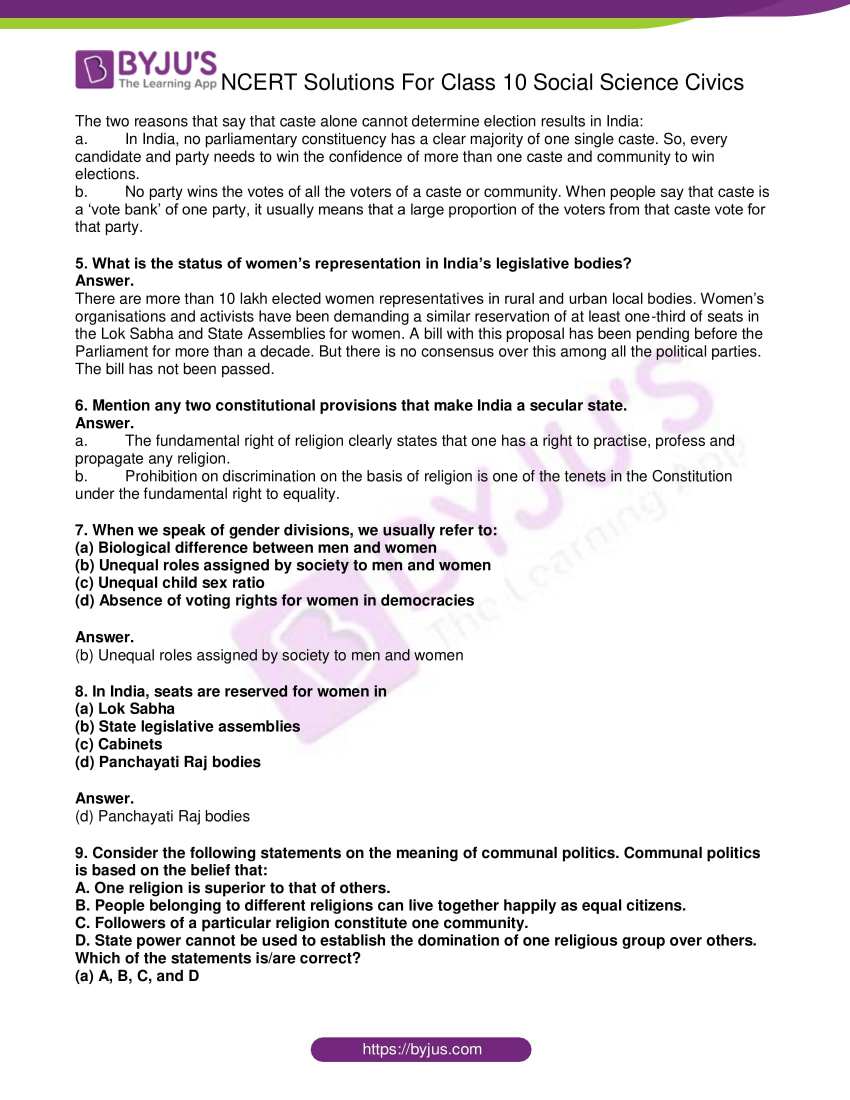 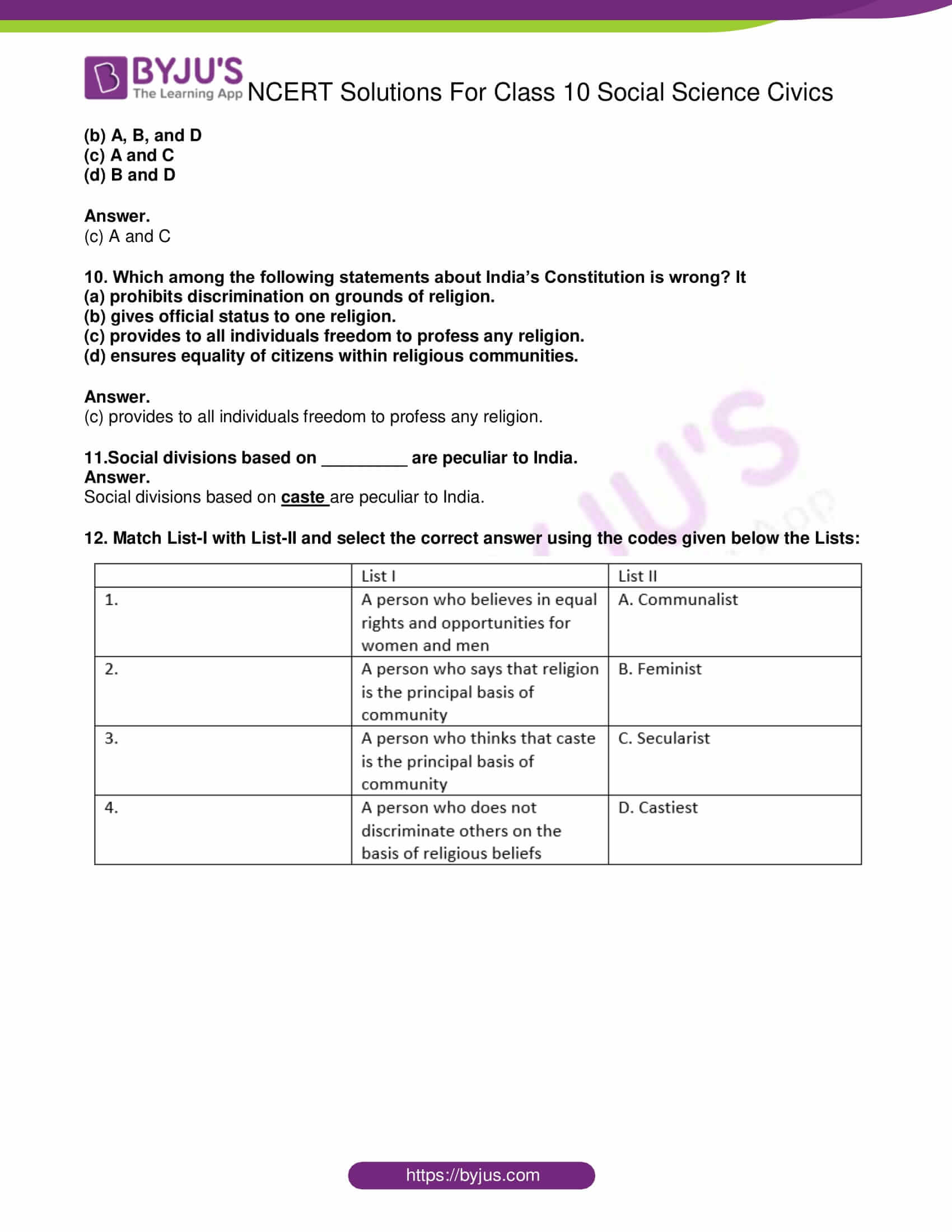 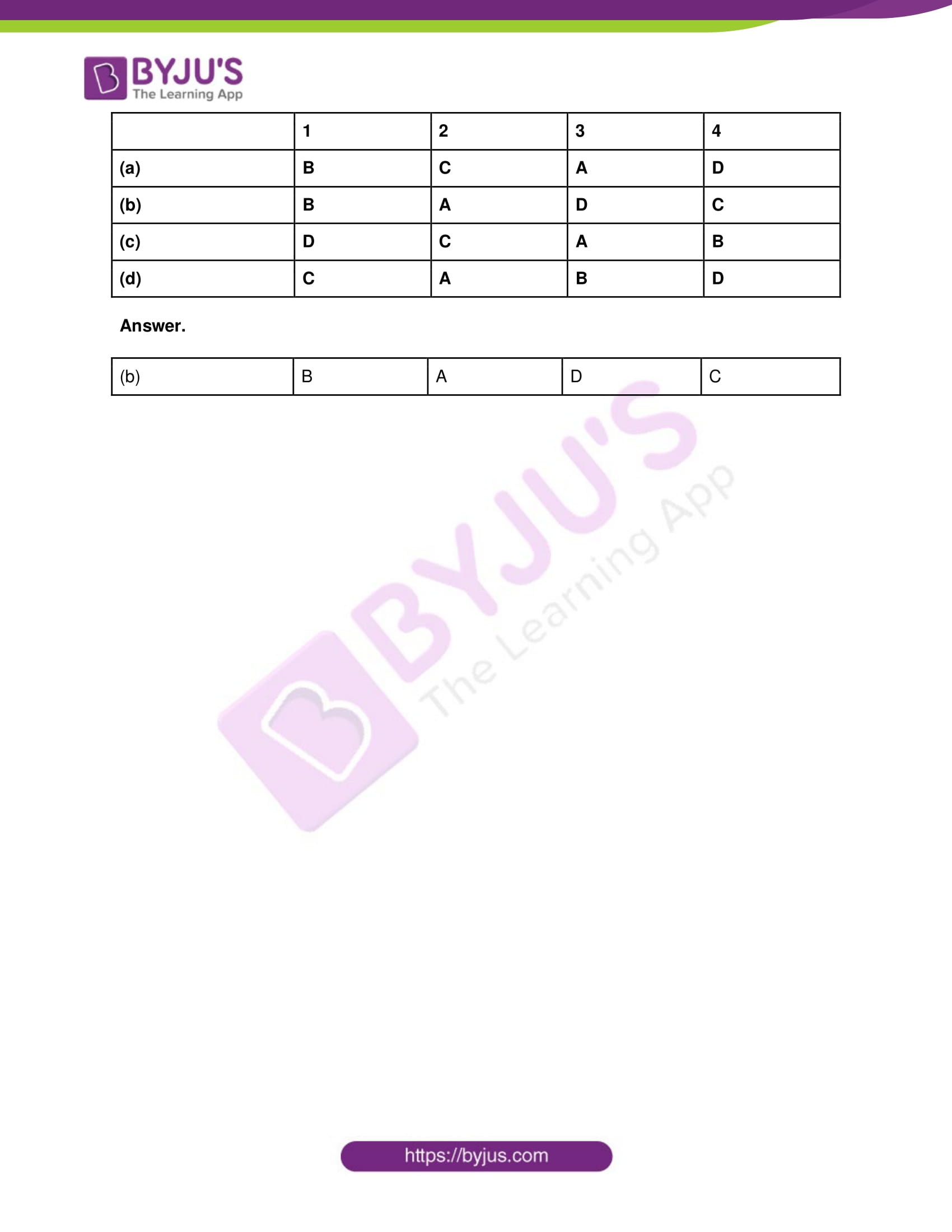 1. Mention different aspects of life in which women are discriminated or disadvantaged in India.

The women in India are discriminated or disadvantaged in the following ways:

2. State different forms of communal politics with one example each.

The different forms of communal politics are:

3. State how caste inequalities are still continuing in India.

According to the National Sample Survey Office (NSSO), the following evidence reflects the present caste inequalities in India:

The two reasons that say that caste alone cannot determine election results in India are as follows:

5. What is the status of women’s representation in India’s legislative bodies?

There are more than 10 lakh elected women representatives in rural and urban local bodies. Women’s organisations and activists have been demanding a similar reservation of at least one-third of seats in the Lok Sabha and State Assemblies for women. A bill with this proposal has been pending before the Parliament for more than a decade. But there is no consensus over this issue among all the political parties. The bill has not been passed.

7. When we speak of gender divisions, we usually refer to:

(b) Unequal roles assigned by society to men and women

8. In India, seats are reserved for women in

10. Which among the following statements about India’s Constitution is wrong? It

(b) gives official status to one religion.

Social divisions based on caste are peculiar to India.

12. Match List-I with List-II and select the correct answer using the codes given below the Lists:

Chapter 4 of NCERT Social Science Civics textbook – Democratic Politics-II will introduce students to social divisions in the country based on gender, religion and caste. How social differences based on these three fragments affect the politics of the country will be discussed. Students will learn about gender equality, inequality, communal differences and also how government works to fill the gaps through constitutional provisions.

How many questions are present in the Chapter 4 of NCERT Solutions for Class 10 Political Science?

There are about 12 questions present in the Chapter 4 of NCERT Solutions for Class 10 Political Science. To answer these questions easily, students should refer to the NCERT Solutions available on BYJU’S. The solutions are prepared by subject experts with utmost care to help students face the board exam without fear. Each and every minute detail which is important for the exam are covered in the solutions as per the latest syllabus and exam pattern of the CBSE board. Students can access and download the solutions from BYJU’S to get their queries clarified instantly.

Are there any charges to download the NCERT Solutions for Class 10 Political Science Chapter 4 from BYJU’S?

No, the NCERT Solutions for Class 10 Political Science Chapter 4 from BYJU’S is absolutely free of cost. The subject matter experts prepare these solutions to help students understand the chapter. The concepts are elaborated in a simple and understandable way to boost the confidence among students. Referring to these solutions will also improve the analytical and logical thinking abilities among students which is necessary from the exam point of view. The solutions also help students to save time in searching for the correct answer for a particular question.

What are the topics and sub topics discussed under the Chapter 4 of NCERT Solutions for Class 10 Political Science?

The topics and sub topics discussed under the Chapter 4 of NCERT Solutions for Class 10 Political Science are as follows:
1. Gender and politics
a. Public/private division
b. Women’s political representation
2. Religion, communalism and politics
a. Communalism
b. Secular state
3. Caste and politics
a. Caste inequalities
b. Caste in politics
c. Politics in caste