Microbes or microorganisms form a significant component of the biological systems on the earth. They are ubiquitous, present everywhere – in the soil, around us, in water, the air we breathe, and both in and on our body. Also, microbes are present on other animals and plants. They are so tiny, microscopic in nature, varying in shape and size. They can only be seen through the microscope. The different types of microbes are:

For More Information On Microorganisms, Watch The Below Video: 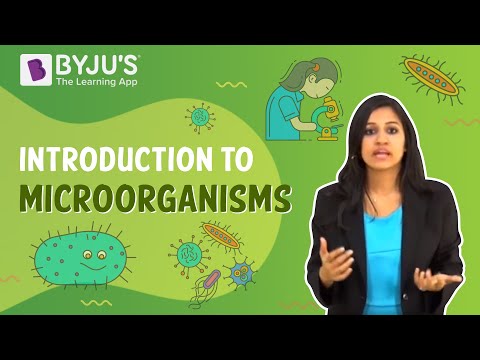 Apart from the harmful and Infectious disease-causing pathogens, there are several useful microorganisms which are beneficial to humans in various ways. Some of the most important contributions of microbes to human welfare are discussed below.

Microbes are also used as biofertilizers.

Learn more about microorganisms, its types, applications and its benefits to humans from the topics given below:

What are the uses of microbes?

Microorganisms help in the production of many food items, making medicines, keeping the environment clean, in manufacturing and in research.

What are types of microbes?

What is ‘Nitrogen fixation’?

Nitrogen fixation is the process by which nitrogen is taken from its molecular form in the atmosphere and converted into nitrogen compounds useful for other biochemical processes.