Squares and Square Roots Class 8 Notes available here is specially designed by math experts who have taken extra care to use simple language and style so that students can understand concepts easily and quickly. Chapter 6 notes are a great reference tool and will help students to quickly go through or revise all the important topics before the exams as well as score better marks. Besides, some of the key topics covered in the notes include;

A square of a number is the product of some number with itself. For example, take any natural number, let’s say m and express it as n2. Here n is a natural number and thus m can be labelled as a square number. The other name for square numbers is perfect squares.

Some of the properties of square numbers are; 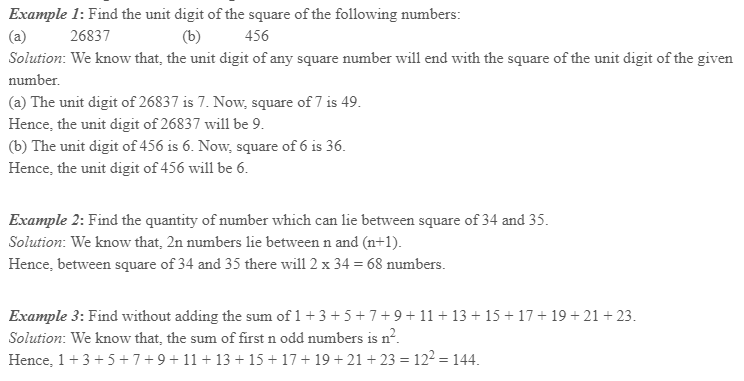 Finding the Square of a Number

There are several ways to find the square of a number. Some of them are given below;

What is a Square Root?

The square root is a value that, when it is multiplied by itself, produces a specified quantity for a given number. A square root is the inverse operation of squaring.

Finding The Square Root of A Number 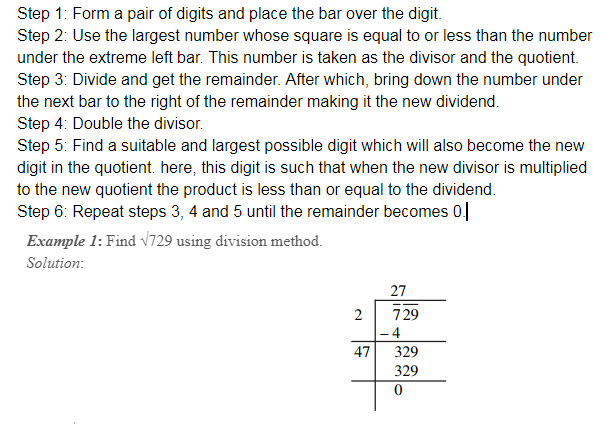 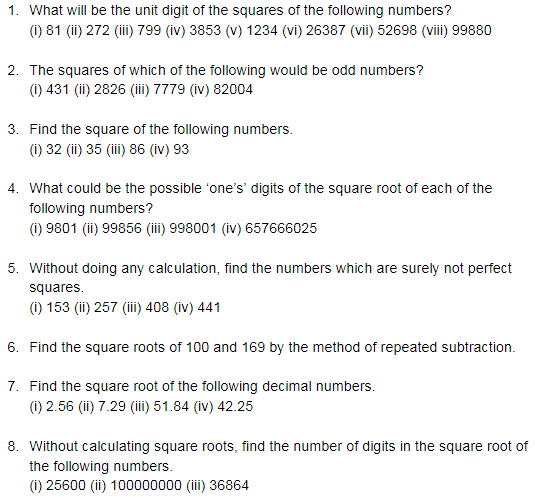