Heredity refers to the passing of characteristics from one generation to the next. Evolution is defined as the gradual process by which a simple life form leads to the development of complex organisms over a period of time, spanning several generations.

Here in this chapter, we will learn about the mechanism by which variations are created, the rules of heredity determining their pattern of inheritance, and how the accumulation of these variations leads to evolution.

The transfer of traits from one generation to the next is termed heredity. Genes are the functional units of heredity, that transfer characteristics from parents to offspring. Genes are short stretches of DNA that code for a specific protein or RNA.

Genetics is the branch of biology that deals with the study of genes, heredity and variations.

For More Information On Heredity and Evaluation, Watch The Below Videos: 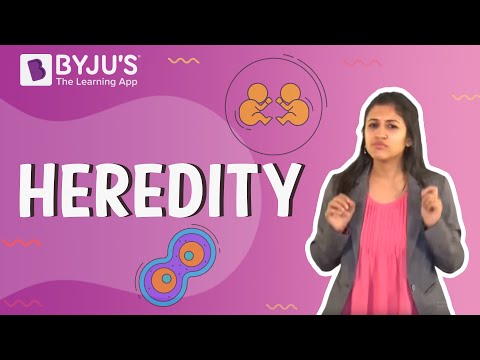 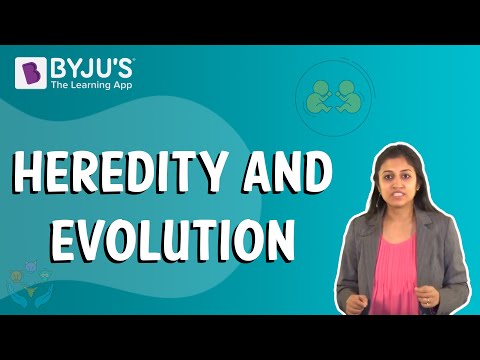 The process by which the features of an organism are passed on from one generation to another is called heredity.

For More Information On Introduction to Heredity and Evaluation, Watch The Below Video: 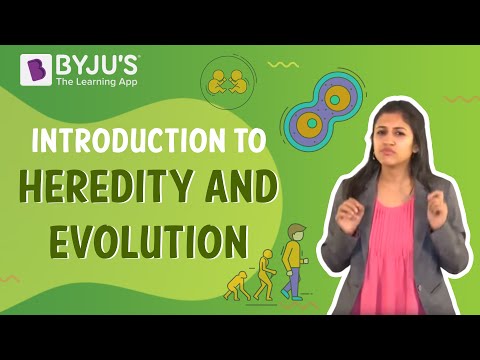 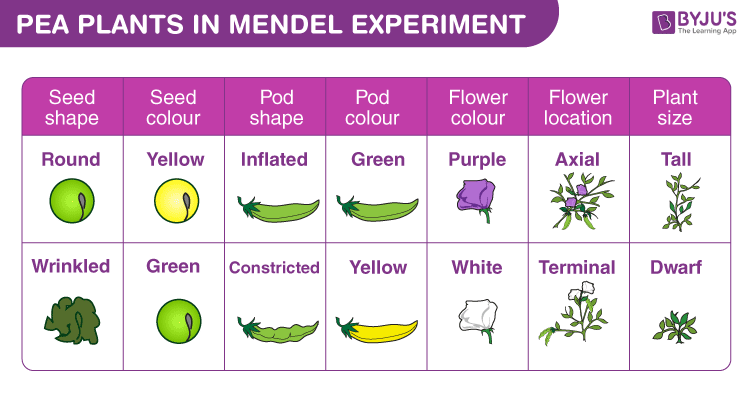 The traits that express themselves in an organism in every possible combination and can be seen are called Dominant traits.

A trait which is not expressed in the presence of a dominant allele is known as recessive.

To know the difference between Dominant traits and Recessive traits, visit here.

Below is the example of a monohybrid cross between a true-breeding pea plant with green pods (GG) and yellow pods (gg). Here, the green colour of the pod is the dominant trait. Hence, in the F1 generation, all plants contain green pea pods. 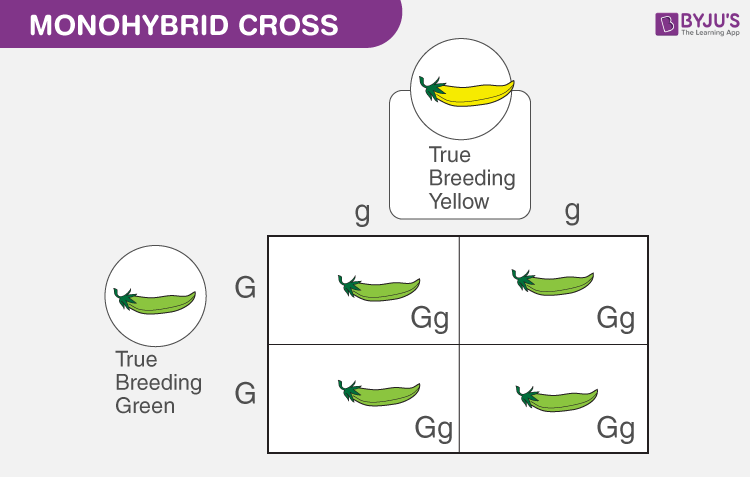 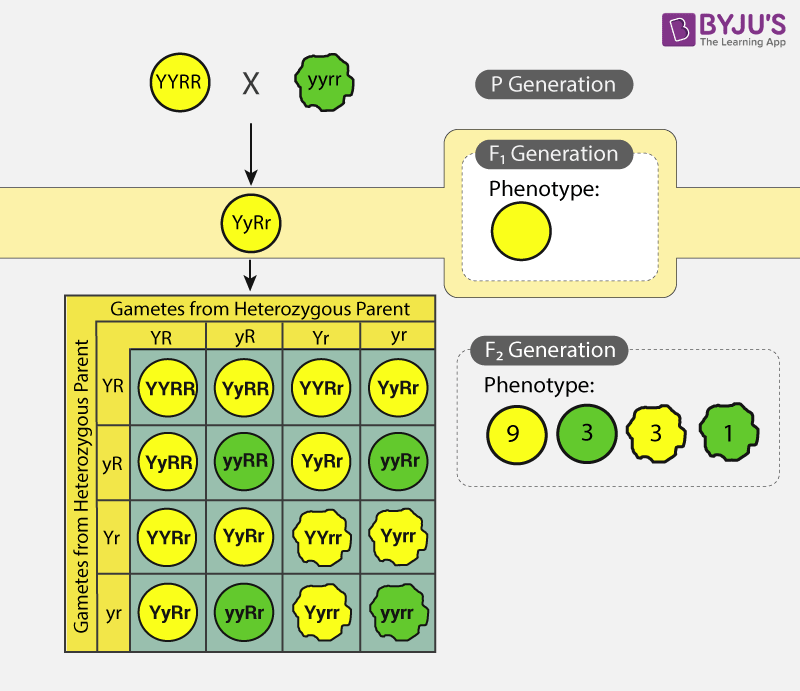 In Biology, inheritance pertains to the transfer of traits from one generation to another.

To know more about Mendel’s laws of inheritance, visit here.

Law of Dominance says that a gene has two contrasting alleles and one always expresses itself in the organism.

It is called the dominant gene and it expresses in any possible combination.

Law of Segregation says that traits get segregated completely during the formation of gametes without any mixing of alleles.

Law of Independent Assortment says that the traits can segregate independently of different characters during gamete formation.

For More Information On Segregation, Watch The Below Video: 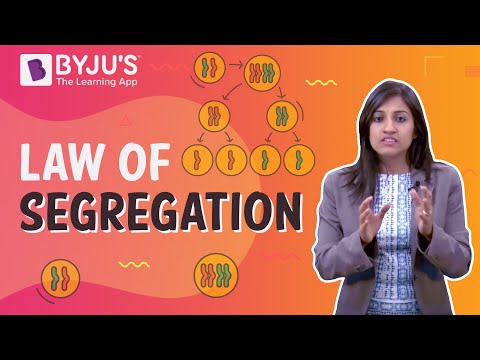 Traits are characteristic features of an organism, manifested in a physical form that is visible or in a physiological aspect of the organism.

To know more about Acquired and Inherited Traits, visit here.

Variation is the measure of the difference between individuals of the same species. Offspring is not identical to parents, there exist some variations. Each individual in a population differs from the others. Recombination and mutation are the main causes of variations.

Sexually reproducing organisms show great variation among individuals of a species and the long-term accumulation of variations plays a significant role in evolution. The selection of variants by environmental factors is one of the driving factors of evolutionary processes.

The differences in the DNA sequences among every organism leading to the diverse gene pool are called genetic variations. These differences lead to different/varied physical characters or biochemical pathways.

For More Information On Variation – Heredity and Evaluation, Watch The Below Video: 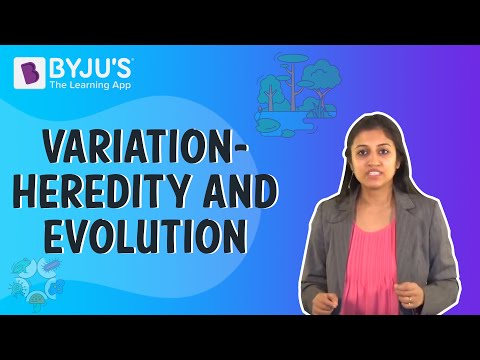 Natural selection can play an important role in deciding the traits that survive in a population. However, random fluctuations in gene variants are seen on many occasions. This phenomenon is known as genetic drift. Thus, genetic drift is a change in the frequency of an existing allele in a small population.

Genetic drift may cause a gene variant to disappear from the population and thus reduce genetic variation.

It is the process of formation of a new species from existing ones due to several evolutionary forces like genetic drift, isolation of populations, natural selection, etc.  Speciation leads to diversity in the ecosystem and the diversity and diversity lead to evolution.

For More Information On Speciation, Watch The Below Video: 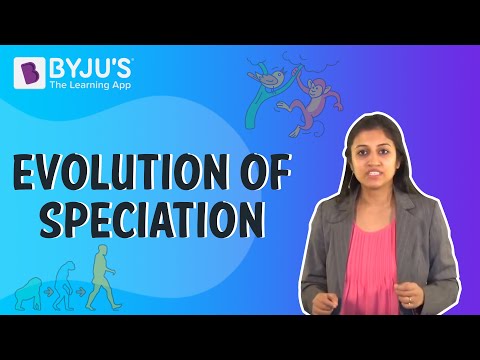 To know more about Speciation and evolution, visit here.

Gene flow is the transfer of genes from one population to the next. This occurs due to migration or the introduction of organisms to a new population. This results in the change in gene frequencies of a population.

A population is a community or a group of animals, plants or any living organism that can reproduce with each other and have fertile, viable offspring.

To know more about Charles Darwin’s Contribution to the Theory of Evolution, visit here.

Evolution is a tangible change in the heritable characteristics of a population over several generations. These changes can give rise to a new species or the species might change themselves to become better adapted to the surrounding environment.

Fossils are important pieces of evolutionary evidence and are formed by the following steps:

Evolutionary relationships of animals can be deduced by studying the homologous organs and analogous organs.

Homologous organs are those which have a similar structure but different function.

Analogous organs are those which have a similar function but a different structure and origin too.

To know more about Evolution by Stages, visit here.

For More Information On Human Evolution, Watch The Below Video: 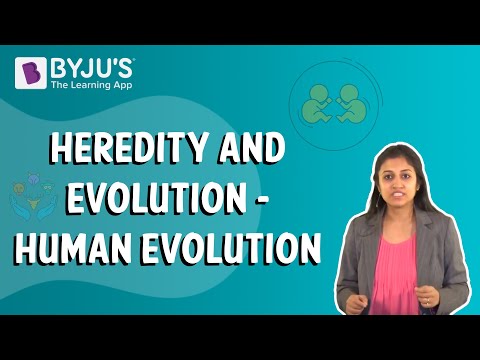 The development of plants, animals, etc over many thousand years from simple forms to complex advanced forms.

What does the Law of Segregation state?

The law of segregation states that each individual that is a diploid has a pair of alleles (copies) for a particular trait.

What is meant by natural selection?

The process through which organisms adapt and change themselves in huge populations is known as natural selection.