Just like numbers, we can also transpose the variables from one side of the equation to the other side. The simplification of the equations which was formed by expressions and this can be done by bringing the equation into a linear form by equating the expression by multiplication using suitable techniques. Utilization of linear equation can be seen in diverse scenarios such as problems on numbers, perimeter, ages, currency, and even algebra has linear equations applications. 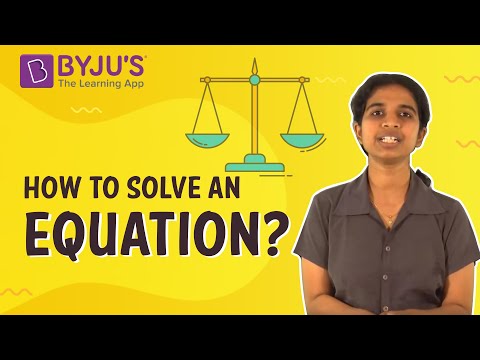 Solving Equations with variables on both sides

Equations Reducible to the Linear Form

Introduction to Linear Equations in One Variable

A constant is a value or number that never changes in an expression and it’s constantly the same.
A variable is a letter representing some unknown value. Its value is not fixed, it can take any value. On the other hand, the value of a constant is fixed.
For example, in the expression 4x+7, 4 and 7 are the constants and x is a variable.

To know more about Variables and Constants, visit here.

Linear Equations in One Variable

For More Information On Linear Equation in One Variable

To know more about Linear Equations in One Variable, visit here.
Also Read: