For More Information On Metal and Non Metal Introduction, Watch The Below Video: 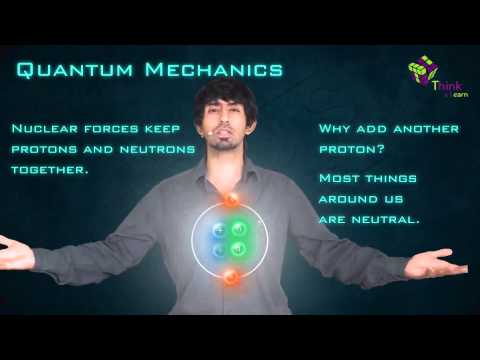 ● Hard and have a high tensile strength
● Solids at room temperature, except mercury, which is liquid at room temperature.
● Sonorous
● Good conductors of heat and electricity
● Malleable, i.e., can be beaten into thin sheets
● Ductile, i.e., can be drawn into thin wires
● High melting and boiling points (except Cesium (Cs) and Gallium (Ga))
● Dense, (except alkali metals). Osmium – highest density and lithium – least density
● Lustrous
● Silver-grey in colour, (except gold and copper)

Non-metals are those elements, which do not exhibit the properties of metals.
Examples: Carbon, Boron, etc.

For More Information On Physical Properties of Metals and Non-metals, Watch The Below Video: 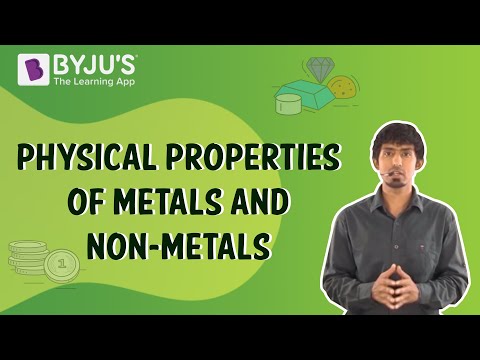 To know more about Properties of Metals and Non-Metals , visit here.

For More Information On Chemical Properties of Metal and Non-metals, Watch The Below Video: 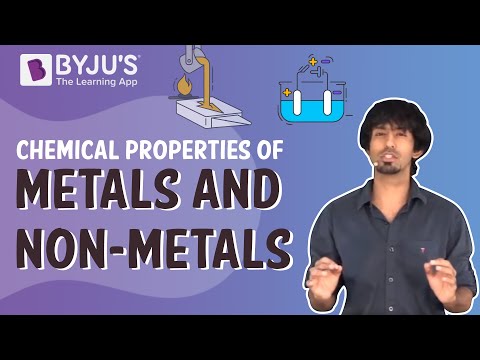 To know more about Chemical Properties of Metals, visit here.

The below table illustrates the reactivity of metals from high order to low order.

Reaction of Metals with Water/Steam Reaction of Metals with Acid

How Do Metals React with Solution of Other Metal Salts

Reaction of Metals with Bases

Electron configuration is the distribution of electrons of an atom or molecule in atomic or molecular orbitals.

How Do Metals and Non-metals React

Metals lose valence electron(s) and form cations.
Non-metals gain those electrons in their valence shell and form anions.
The cation and the anion are attracted to each other by strong electrostatic force, thus forming an ionic bond.
For example: In Calcium chloride, the ionic bond is formed by oppositely charged calcium and chloride ions.
Calcium atom loses 2 electrons and attains the electronic configuration of the nearest noble gas (Ar). By doing so, it gains a net charge of +2. 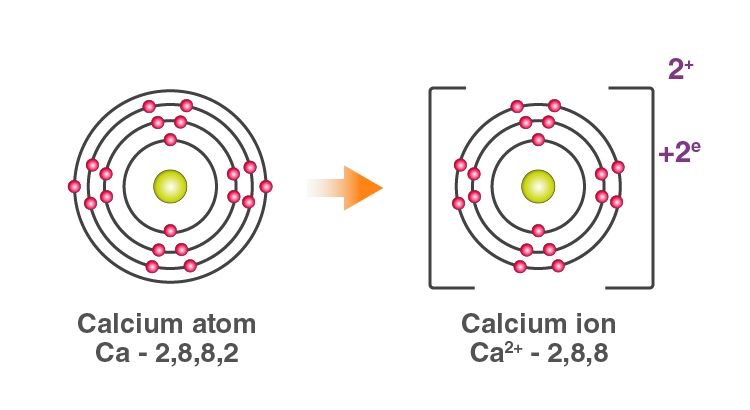 The two Chlorine atoms take one electron each, thus gaining a charge of -1 (each) and attain the electronic configuration of the nearest noble gas (Ar). 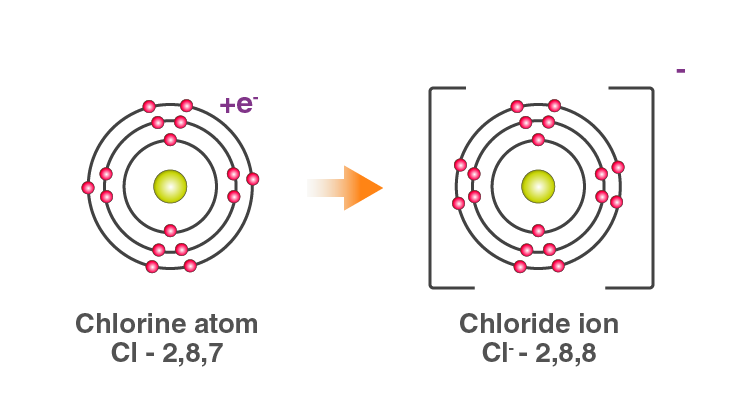 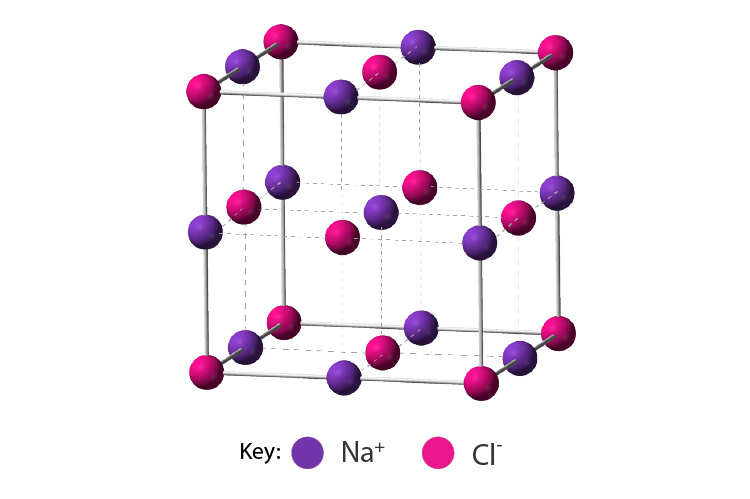 Ionic compounds conduct electricity in the molten or aqueous state when ions become free and act as charge carriers.
In solid form, ions are strongly held by electrostatic forces of attractions and not free to move; hence do not conduct electricity. 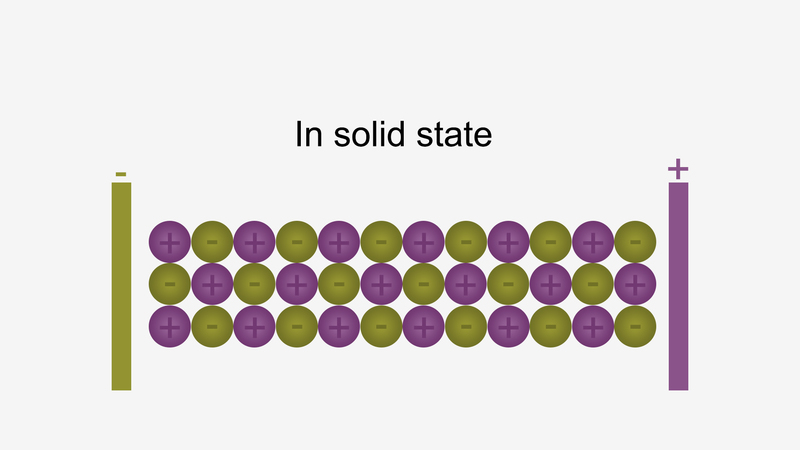 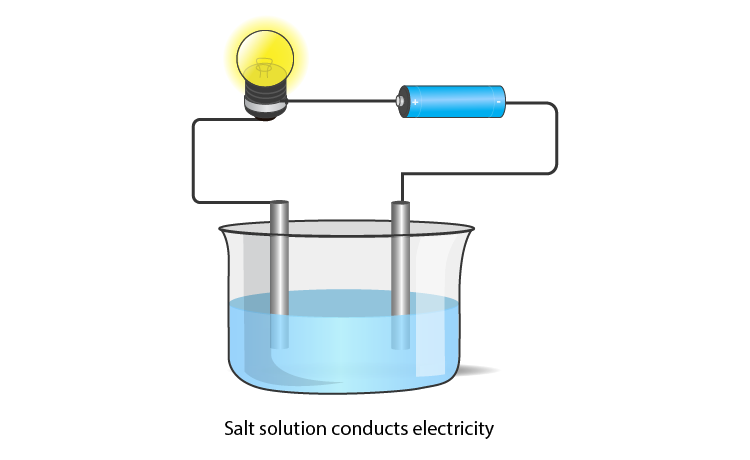 In ionic compounds, the strong electrostatic forces between ions require a high amount of energy to break. Thus, the melting point and boiling point of an ionic compound are usually very high.

Extraction of Metals and Non-Metals

Applications of Metals and Non-metals

Most of the elements especially metals occur in nature in the combined state with other elements. All these compounds of metals are known as minerals. But out of them, only a few are viable sources of that metal. Such sources are called ores.
Au, Pt – exist in the native or free state. 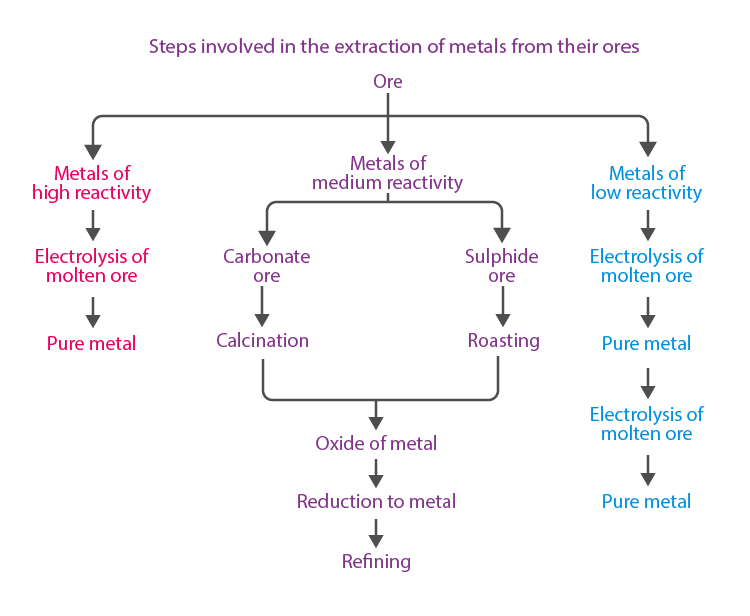 To know more about Extraction of Metals, visit here.

Calcination: Converts carbonate and hydrated ores into oxides on heating strongly in the presence of limited air. It also removes volatile impurities.

To know more about Roasting and Calcination, visit here.

Extraction of Metals, Which Are Lower in the Reactivity Series

Extraction of Metals, Which Are Mid-Way in the Reactivity Series

Extraction of Metals, Which Are on the Top of the Reactivity Series

It means removal of impurities or gangue from ore, through various physical and chemical processes. The technique used for a particular ore depends on the difference in the properties of the ore and the gangue.

Refining of metals – removing impurities or gangue from crude metal. It is the last step in metallurgy and is based on the difference between the properties of metal and the gangue. 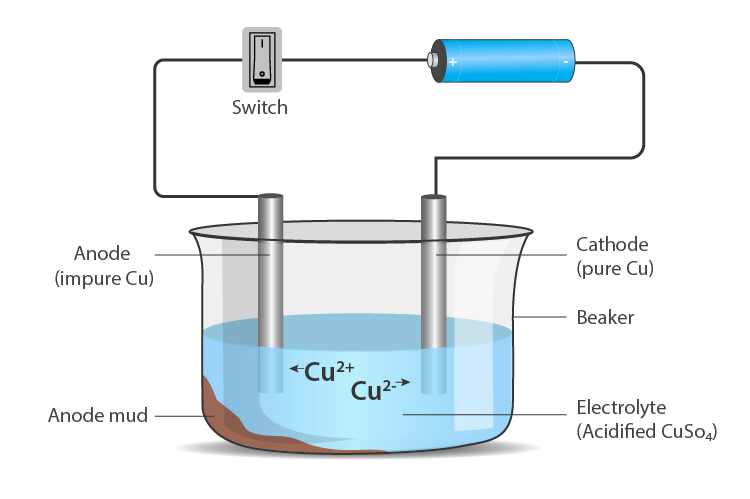 Learn more about metals and non-metals and other related topics including NCERT class 8 Science notes, at BYJU’S.

What are ‘Amphoteric oxide metals’?

Amphoteric oxides are metal oxides which react with both acids as well as bases to form salt and water.

What is ‘Reactivity series’?

The reactivity series of metals is a chart listing metals in order of decreasing reactivity.

What is a ‘Lattice’ structure?