CBSE Class 8 Civics Chapter 3 Why Do We Need a Parliament? Important Questions

Chapter 3 of CBSE Class 8 Civics deals with Parliament and related concepts. Students will be able to see from this Chapter how the Parliament enables citizens of India to participate in decision making and control the government, thus making it the most important symbol of Indian democracy and a key feature of the Constitution. CBSE Class 8 Civics Chapter 3 Why Do We Need a Parliament? Important Questions are also formulated based on the main highlights of this Chapter.

Students can click on the PDF link provided below to access the CBSE Class 8 Important Questions of Civics Chapter 3. Start preparing for the exams by practising with these important questions.

Chapter 3-Why do we need a Parliament?

Why Do We Need a Parliament?

1. Give one reason why you think there should be a universal adult franchise.

2. Do you think there would be any difference if the class monitor was selected by the teacher or elected by the students? Discuss.

3. Use the terms ‘constituency’ and ‘represent’ to explain who an MLA is and how the person gets elected?

4. What is the difference between a State Legislative Assembly (Vidhan Sabha) and the Parliament (Lok Sabha)?

5. The decision of the Madhya Pradesh government to discontinue Board exams in Class VIII for all schools under this Board. Is this the work of a state government or central government?

7. Explain the role of the Parliament.

8. Why do you think there are so few women in Parliament? Discuss.

9. Explain the term coalition. What does it mean by coalition form of government?

10. Why do you think our national movement supported the idea that all adults have a right to vote?

11. Describe the purpose of the parliament.

12. Mention the basic ideas of democracy.

13. What are the activities taking place when a parliament is in session? Describe.

14. Define the main principle of the Indian Constitution.

15. Write a note about General Elections.

19. Mention the main functions of the prime minister.

20. Explain the question hour of parliament.

For More Information On Roles Of The President And The Vice President, Watch The Below Video: 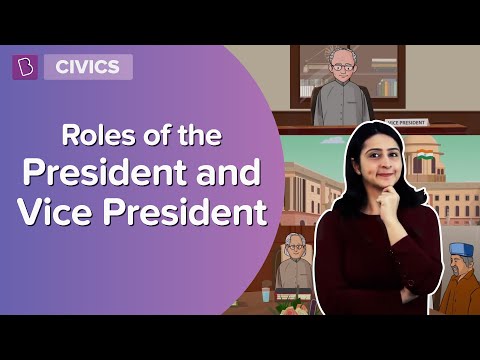