Each problem of NCERT Solutions Class 11 Chapter 12 Introduction To Three Dimensional Geometry empowers the student to solve the problems in a dynamic way of consuming less time. The NCERT Solutions are written by the most experienced teachers making the clarification of every problem straightforward and reasonable. The students can refer to this pdf for the best exam preparation. 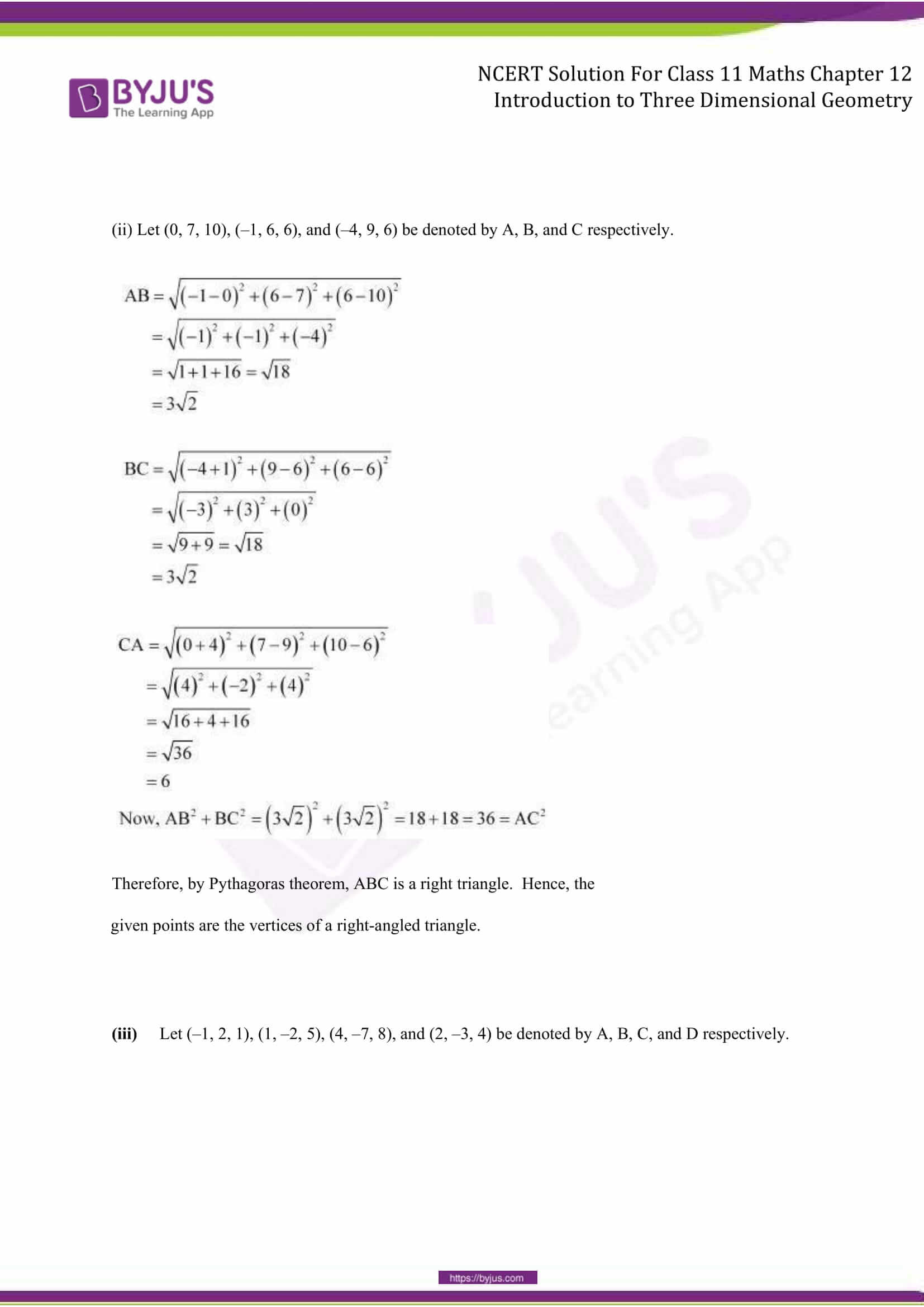 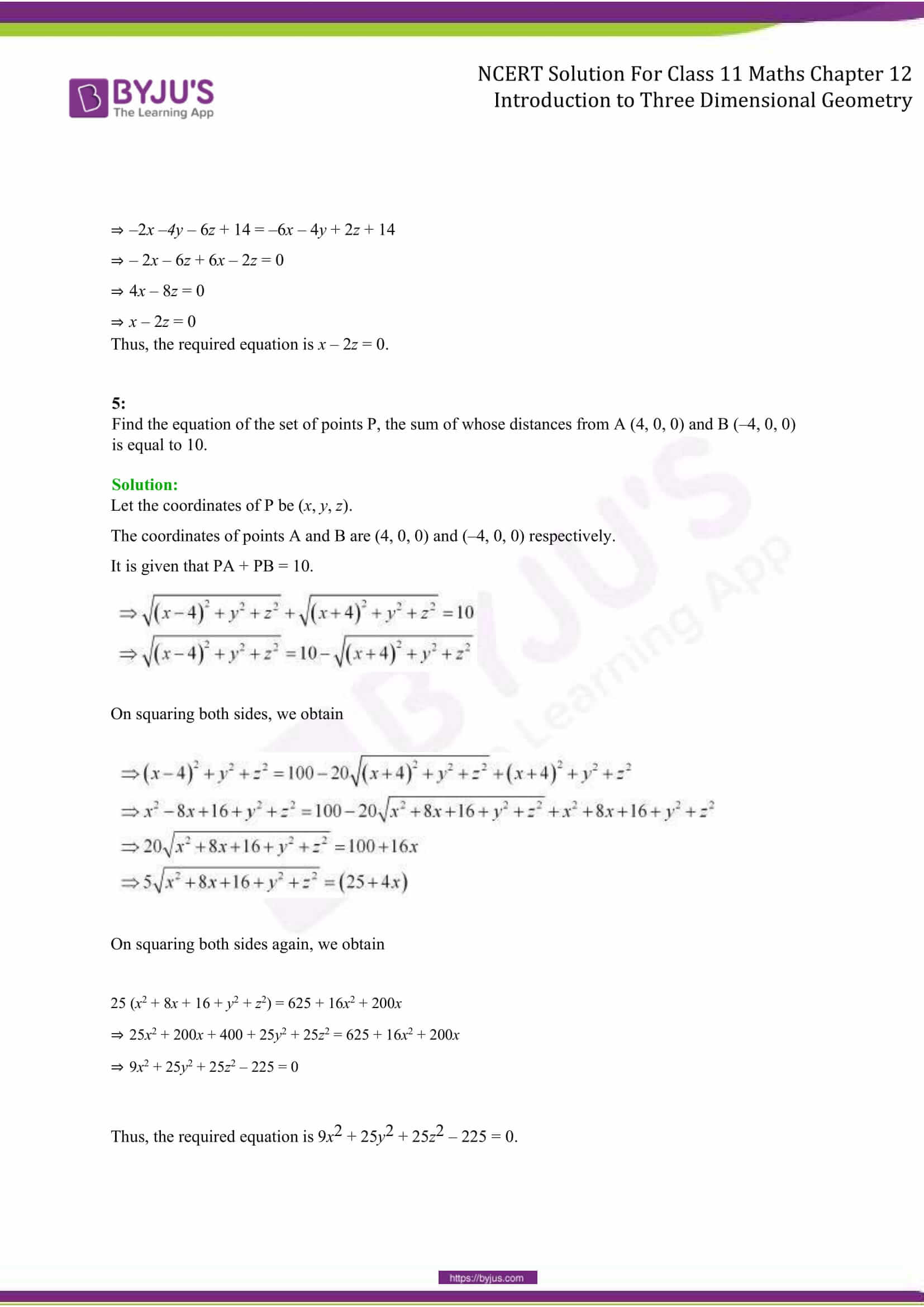 Rahul was riding his bicycle back home from a basketball game from a nearby stadium when he hit the divider to avoid a dog which had run onto the road. Unfortunately, his bicycle was stuck to the divider. When he couldn’t remove the bicycle by himself, he decided to take the help of his friend who stayed nearby. Rahul later looked at a topographical map and identified his friend’s house. He travelled 200 metres south and 550 metres west from where he left his bicycle. The map showed that he had also walked uphill from an altitude of 600 metres to an altitude of 650 metres above sea level. If we treat the location of Rahul’s bicycle as the origin of coordinates, what is the position vector of the Kapur farm?

12.3 Coordinates of a Point in Space

This section explains the coordinate system in space, coordinates [x, y and z] with few examples.

If a student is planning to place different pieces of furniture in a drawing-room, a two-dimensional grid representing the room can be drawn and an appropriate unit of measurement should be used. Let horizontal distance be x, and the vertical distance to x be y, and origin is the starting point. If the width of the room is 10 meters, any point in the room can be defined as (x,y,z).

This section covers the distance between three points in a three-dimensional coordinate system using distance formula along with few solved problems.

If an object P is placed in the coordinate plane, the distance between the point P from the three axes [x,y and z] can be calculated using the distance formula.

This section talks about section formula for a three dimensional geometry and its different cases. A few examples are solved for better understanding.

A few points on Chapter 12 Introduction To Three Dimensional Geometry

The solutions provide alternative methods and explanations to solve problems which make the student feel confident while facing the exam. Also, solving many complicated problems enhances the mathematical ability of the students. The solutions cover all the necessary questions, which a student must and should have mastered to appear for the exam. The BYJU’S subject experts who have prepared these solutions have years of understanding about the question paper setting and types of questions can be seen in these solutions pdf as given above.