NCERT Solutions for Class 8 Science Chapter 15 Some Natural Phenomena is provided here for the benefit of the students. This Solution has answers to the questions in the textbook, together with extra questions, their answers, exemplary problems, worksheets, practise questions as well as tips and tricks. NCERT Solutions for Class 8 provided here have questions on kinds of charges, properties of charged elements, the electroscope and its uses, concepts of lightning and thunder, earthquake and its measurement, prediction of the earthquake, knowledge of area threatened by an earthquake along with precautions to take during a natural disaster like an earthquake. Select the correct option in Questions 1 and 2.

1. Which of the following cannot be charged easily by friction?

(a) A plastic scale

Answer is (b) A copper rod

2. When a glass rod is rubbed with a piece of silk cloth the rod

(a) and the cloth both acquire positive charge.

(b) becomes positively charged while the cloth has a negative charge.

(c) and the cloth both acquire negative charge.

(d) becomes negatively charged while the cloth has a positive charge.

Answer is (b) becomes positively charged while the cloth has a negative charge.

When two objects are rubbed against each other, they acquire opposite charges. By the law of convention, it is known that the rod acquires the positive charge and the cloth is acquiring the negative charge.

3. Write T against true and F against false in the following statements.

(d) Earthquakes can be predicted in advance (T/F)

c) False -When lightning occurs, the atmospheric charges are transferred to the earth directly by a lightning conductor. Therefore the building is protected from lightning.

d) False-Even though the earthquake causes are known, there are no instruments that are invented to detect them in advance. Therefore earthquakes cannot be predicted in advance.

4. Sometimes, a crackling sound is heard while taking off a sweater during winters. Explain.

When we take out sweater, Woolen sweater gets charged due to friction between the sweater and the body. This results in crackling sound.

5. Explain why a charged body loses its charge if we touch it with our hand.

The charges get conducted to the earth through our body when we touch it and the conductor loses its charge. This phenomenon is known as electric discharge.

6. Name the scale on which the destructive energy of an earthquake is measured. An earthquake measures 3 on this scale. Would it be recorded by a seismograph? Is it likely to cause much damage?

Richter scale is used to measure the destructive energy of an earthquake. The scale has a reading from 1 to 10.

An earthquake measuring 3 would be recorded by a seismograph.

The magnitude of scale 3 would not cause much damage. An Earthquake of magnitude 5 is considered destructive in nature. 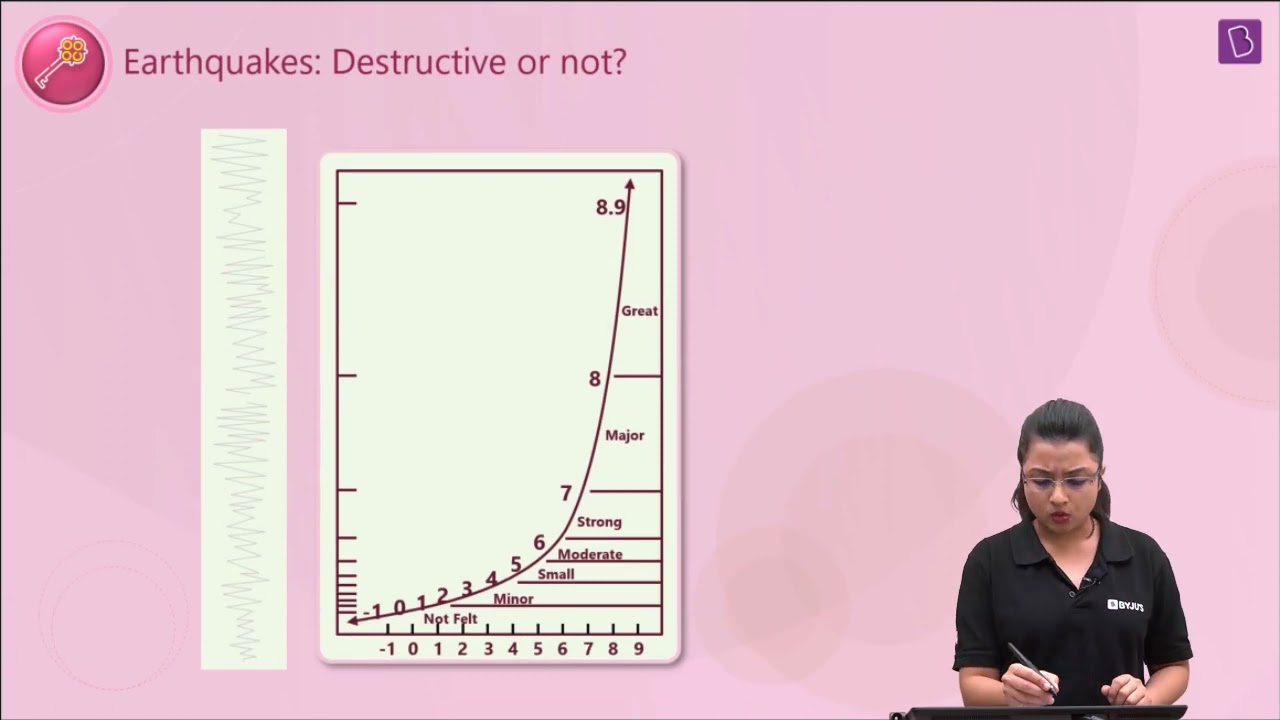 7. Suggest three measures to protect ourselves from lightning

Various ways to protect ourselves from lightning are

(i) Always remain in a closed place and if you are in a car stay there until the lightning is over and keep the windows closed.

(iii) Never bathe in running water, this may cause electric shock. 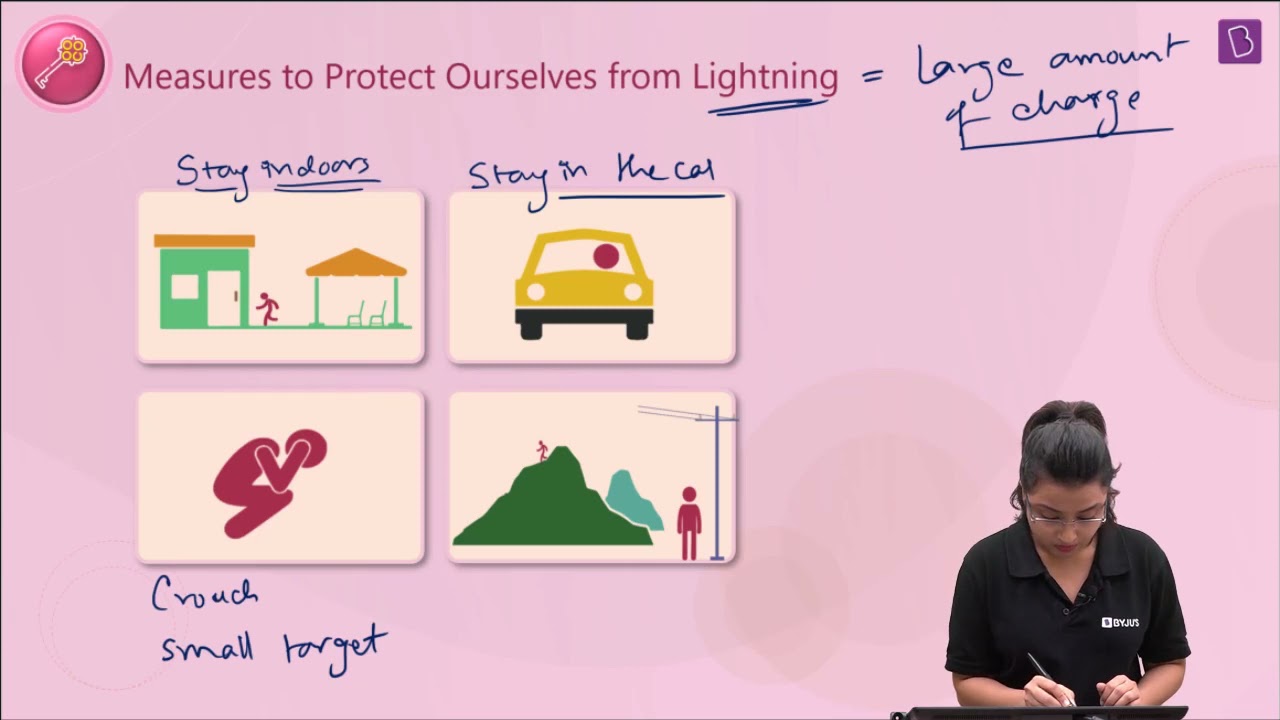 9. Describe with the help of a diagram an instrument which can be used to detect a charged body. 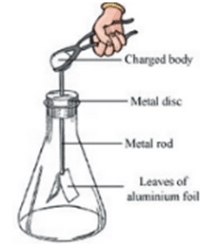 It consists of a metal rod on which two leaves of aluminium foil are fixed to one end and a metal disc at the other end. The leaves are kept inside a conical flask and it is corked to isolate it from the atmospheric air.

10. List three states in India where earthquakes are more likely to strike.

Gujarat, Assam and Jammu & Kashmir are the three states where an earthquake is more likely to strike. 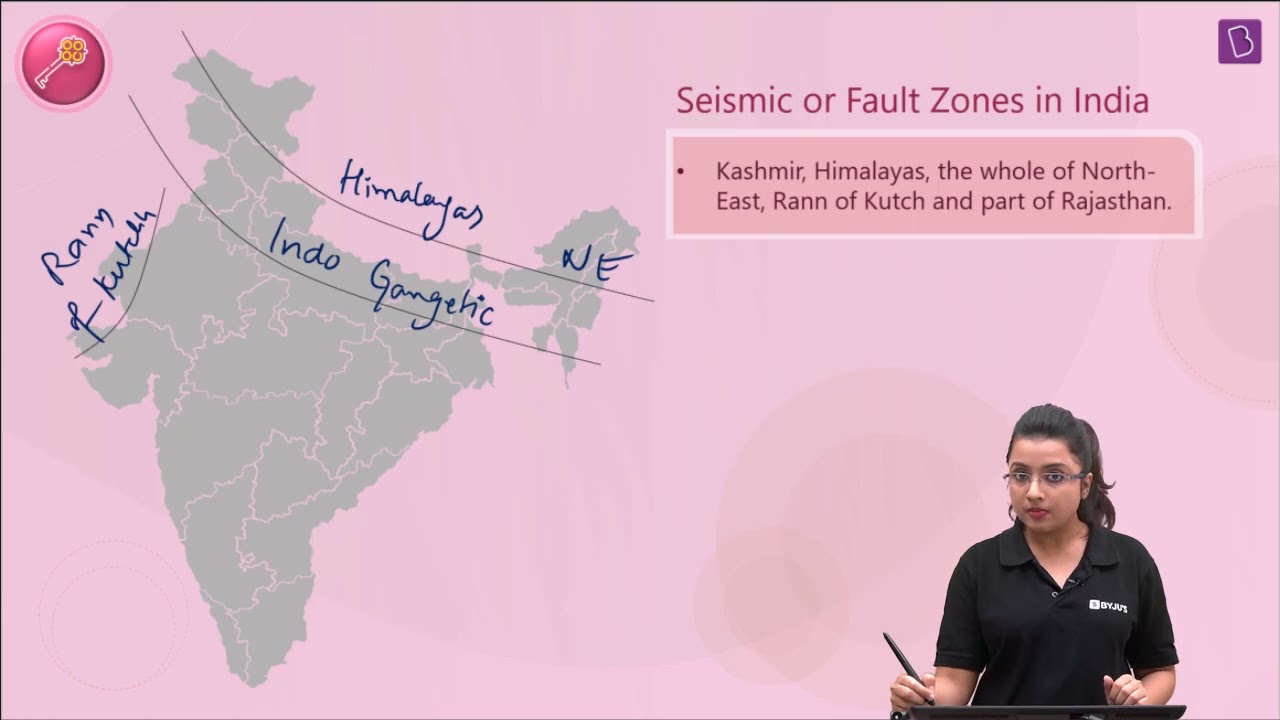 11. Suppose you are outside your home and an earthquake strikes. What precaution would you take to protect yourself?

The following precautions should be taken when earthquake strikes

(a) Find and go to an open field and stay away from buildings, trees, electric wire and poles.

(b) If you are in a car, then drive to an open field and do not come out of your car. 12. The weather department has predicted that a thunderstorm is likely to occur on a certain day. Suppose you have to go out on that day. Would you carry an umbrella? Explain. Students can also download the NCERT Class 8 Science Solutions and access them according to their own convenience. CBSE Class 8 Science Chapter 15 Some Natural Phenomena gives you knowledge on natural phenomena like lightning, earthquake. They shed light on the causes and effects of these natural phenomena. It is very important for the students to learn the safety measures to be taken to avoid accidents of lightning and earthquake.

At BYJU’S Students can find notes, question papers for various other subjects like Mathematics, Biology, Chemistry and many competitive exams as well. Enjoy the interactive learning we provide by subscribing to BYJU’S.

What are the important concepts covered in Chapter 15 of NCERT Solutions for Class 8 Science?

The important concepts covered in the Chapter 15 of NCERT Solutions for Class 8 Science are –
15.1 Lightning
15.2 Charging by Rubbing
15.3 Types of Charges and Their Interaction
15.4 Transfer of Charge
15.5 The Story of Lightning
15.6 Lightning Safety
15.7 Earthquakes

What will I gain by learning Chapter 15 of NCERT Solutions for Class 8 Science?

How will using the NCERT Solutions for Class 8 Science Chapter 15 help you with your exam preparation?

Using the NCERT Solutions for Class 8 Science Chapter 15 will help students to save time and concentrate better on the concepts. The solutions are prepared with utmost care by the experts at BYJU’S according to the latest CBSE syllabus. Students can refer to the solutions while answering the textbook questions to get a clear view about the concepts, which are important for the exams.