A magnet is a material that produces a field that attracts or repels other such materials of magnetic nature.
Lodestone is a naturally occurring magnet. It attracts materials like Iron, Nickel, Cobalt, etc.

A magnet is always bipolar with poles named north and south poles. These two poles always exist together and can not be separated. North pole of a magnet is the side which points to Earth’s geographic north when it is freely suspended.

A bar magnet is a rectangular object, composed of iron, steel or any form of a ferromagnetic substance, that shows permanent magnetic properties. It has two different poles, a north and a south pole such that when suspended freely, the north pole aligns itself towards the geographic north pole of the Earth. 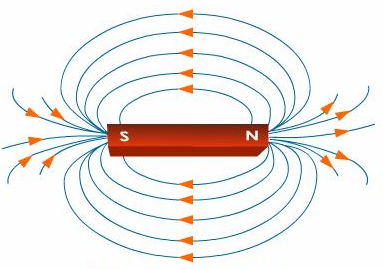 For More Information On Magnetic Field and Magnet Field Lines, Watch The Below Video: 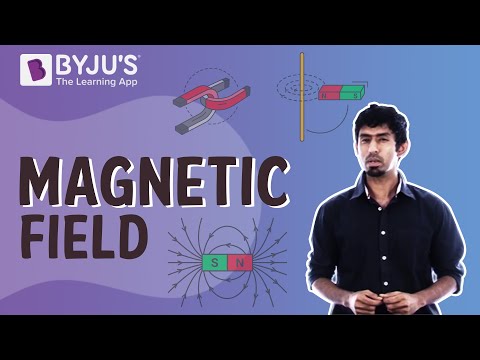 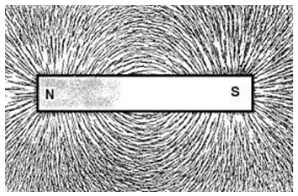 Magnetic field lines do not intersect as there will be two tangential magnetic field directions associated with the same point, which does not occur. If a compass needle is placed at that point, it will show two different directions of the magnetic field which is absurd.
To know more about Properties of Magnetic Field Lines, visit here.

Magnetic Field Due to a Current Carrying Conductor 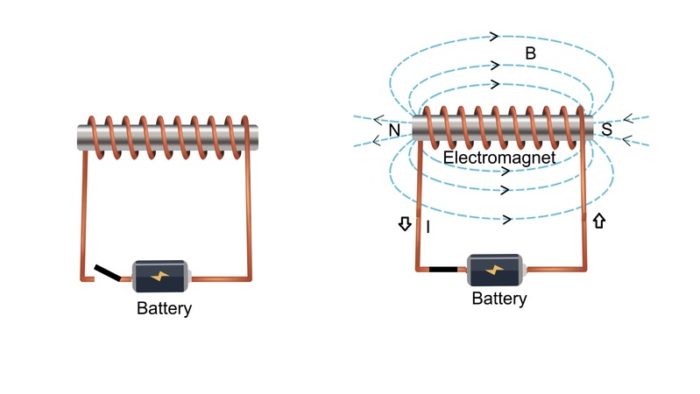 For More Information On Introduction to Electromagnetism, Watch The Below Video: 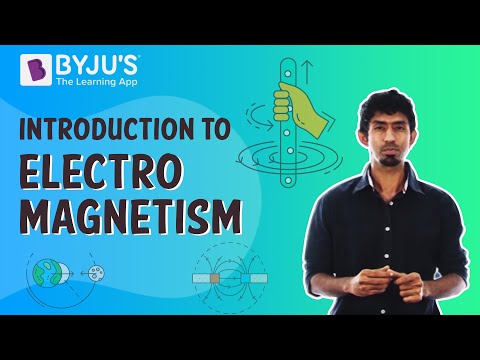 Magnetic field due to a straight current carrying conductor

When current is passed through a straight current-carrying conductor, a magnetic field is produced around it. Using the iron filings, we can observe that they align themselves in concentric circles around the conductor. 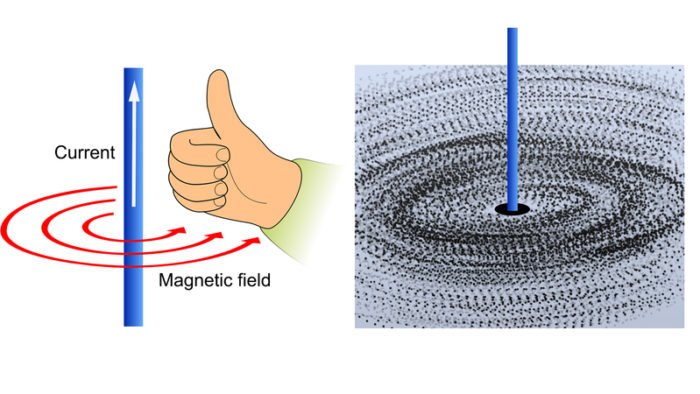 To know more about Magnetic field due to current carrying conductor, visit here. Magnetic field due to current through a circular loop

The right-hand thumb rule can be used for a circular conducting wire as well as it comprises of small straight segments. Every point on the wire carrying current gives rise to a magnetic field that appears as straight lines at the centre. 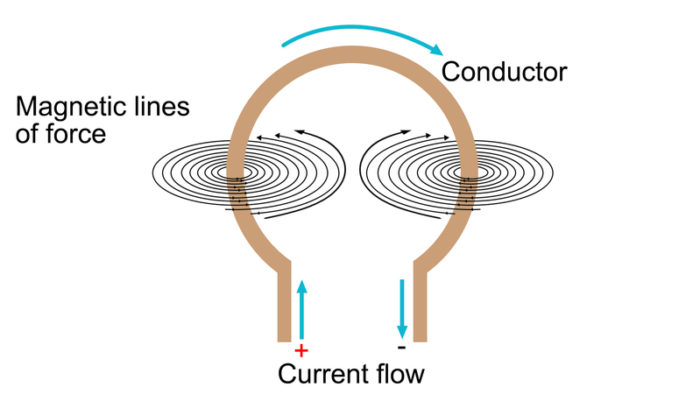 Magnetic field due to current in a solenoid

A solenoid is a coil of many circular windings wrapped in the shape of a cylinder. When current is passed through it, it behaves similar to a bar magnet, producing a very similar field pattern as that of a bar magnet. To increase the strength a soft iron core is used. 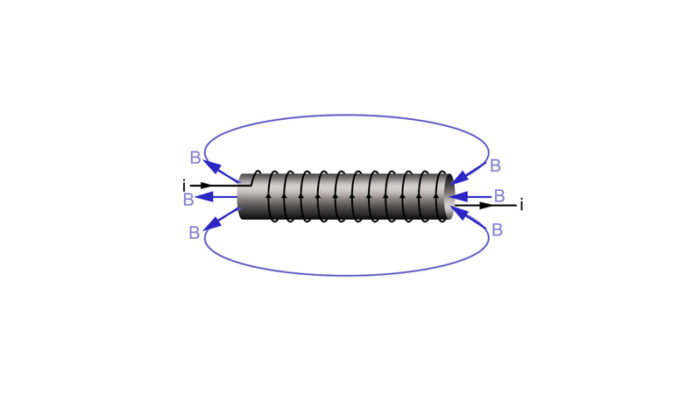 Force on a Current Carrying Conductor in a Magnetic Field

When an electric conductor is placed in a magnetic field, it experiences a force. This force is directly proportional to the current and is also perpendicular to its length and magnetic field. 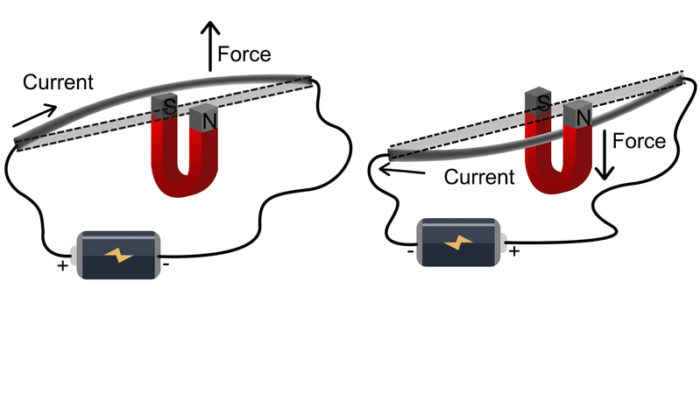 Force on a straight current carrying conductor is mutually perpendicular to the magnetic field and the direction of the current. 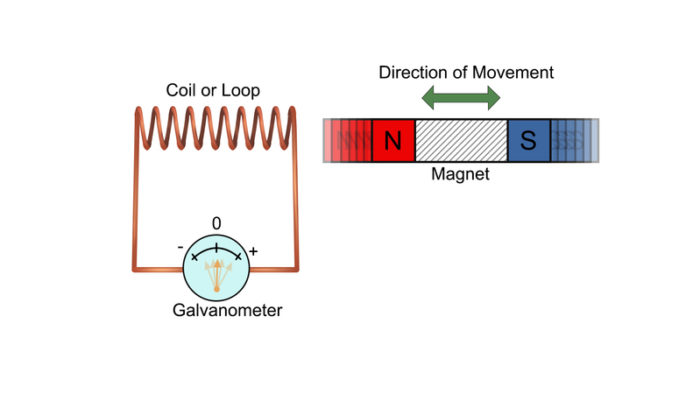 The phenomenon of electromagnetic induction is the production of induced EMF and thereby current in a coil, due to the varying magnetic field with time. If a coil is placed near a current-carrying conductor, the magnetic field changes due to a change in I or due to the relative motion between the coil and conductor. The direction of the induced current is given by Fleming’s right-hand rule. 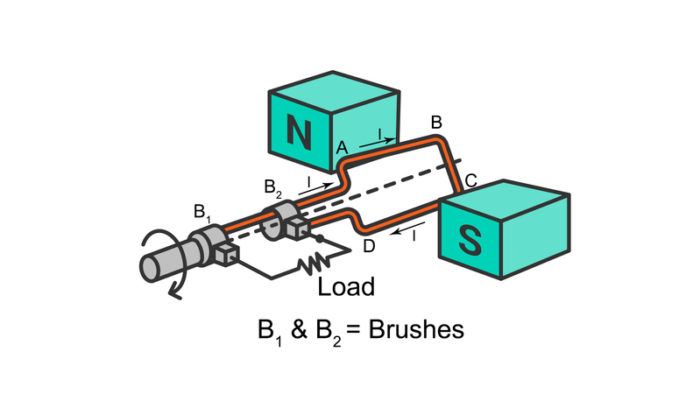 Power losses in transmission lines over long distances occur due to Joule’s heating. This heat (H) ∝ l2R causes losses, where R is the line resistance.

Joule’s law is a mathematical description of the rate at which resistance in a circuit converts electric energy into heat energy. The joule’s first law shows the relationship between heat produced by flowing electric current through a conductor, and is given by the following formula:

What is meant by ‘Magnetism’?

The characteristics of a magnet to attract or pull other magnets/magnetic objects is known as ‘Magnetism’.

What is the benefit of having a magnetic field?

A major benefit of having a magnetic field is its use of navigation. The Earth is a place of habitation because of its magnetic fields.

Can wearing magnets or magnetic objects cause harm?

Although they have been used in various diagnostic devices in the health sector and as therapeutic tools, magnets are potentially harmful to the body and pose increased risk of accident.