In Exercise 25.2, we shall see how desired information can be ascertained from a given pie-chart. The process of collecting information related to the given data from the given pie-chart is termed as reading of pie-chart. Our expert tutors have utilised various shortcut methods and simplified formulas to solve the problems to make it easy for students. RD Sharma Class 8 Solutions can be used as reference material for their exam preparation. Students can download the solutions of RD Sharma Class 8 Maths Chapter 25 pdf from the links provided below. 1. The pie chart given in Fig. 25.17 represents the expenditure on different items in constructing a flat in Delhi. If the expenditure incurred on cement is Rs. 112500, find the following: 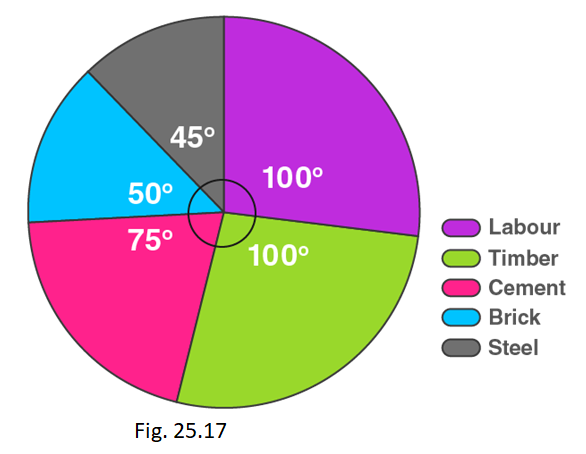 (i) Total cost of the flat.
(ii) Expenditure incurred on labour.

(i) By using the formula,

(ii) By using the formula, 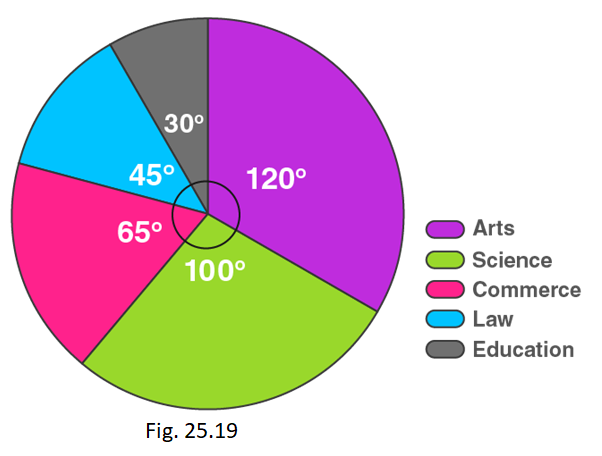 4. In Fig. 25.20, the pie-chart shows the marks obtained by a student in an examination. If the student secures 440 marks in all, calculate his marks in each of the given subjects. 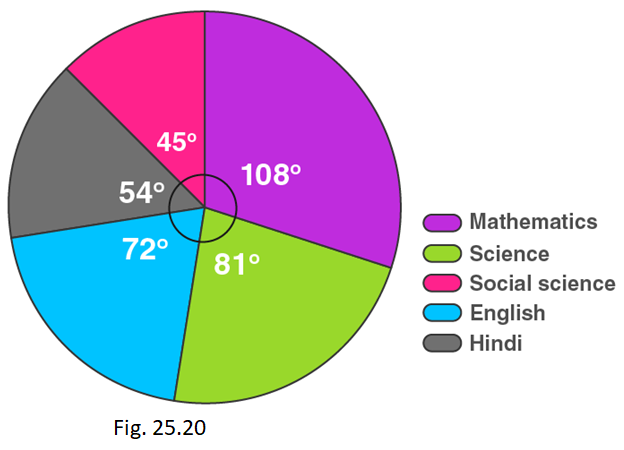 5. In Fig. 25.21, the pie chart shows the marks obtained by a student in various subjects. If the student scored 135 marks in mathematics, find the total marks in all the subjects. Also, find his score in individual subjects. 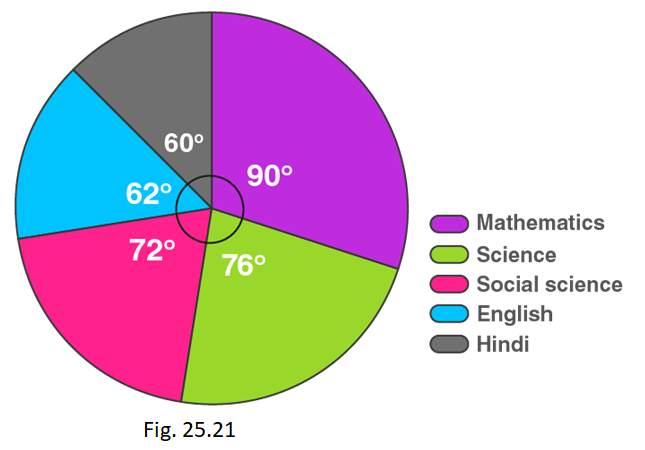 Let us calculate the total marks.

6. The following pie chart shows the monthly expenditure of Shikha on various items. If she spends Rs 16000 per month, answer the following questions: 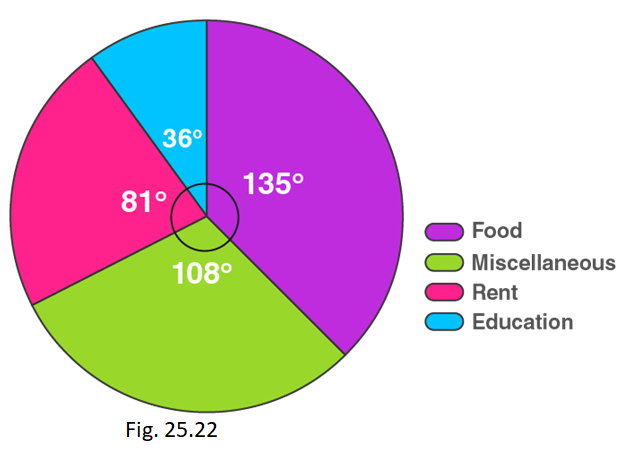 (i) How much does she spend on rent?

(ii) How much does she spend on education?

(iii) What is the ratio of expenses on food and rent? 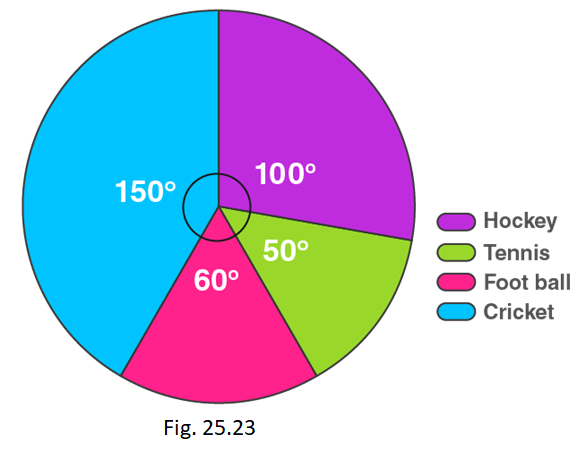