In this Chapter, the students gain knowledge about steps followed in the construction of parallel lines and to find the distance between them. It also helps students understand other concepts like transversals, angles made by a transversal and relations between angles. Two lines which lie in the same plane and do not intersect when produced indefinitely are called parallel lines.

Students can refer to the solutions designed by subject matter experts at BYJU’S in order to perform better in the exam. RD Sharma Solutions for Class 6 Chapter 15 Pair of Lines and Transversal PDF can be downloaded by the students from the respective links which are available here.

Chapter 15 Pair of Lines and… 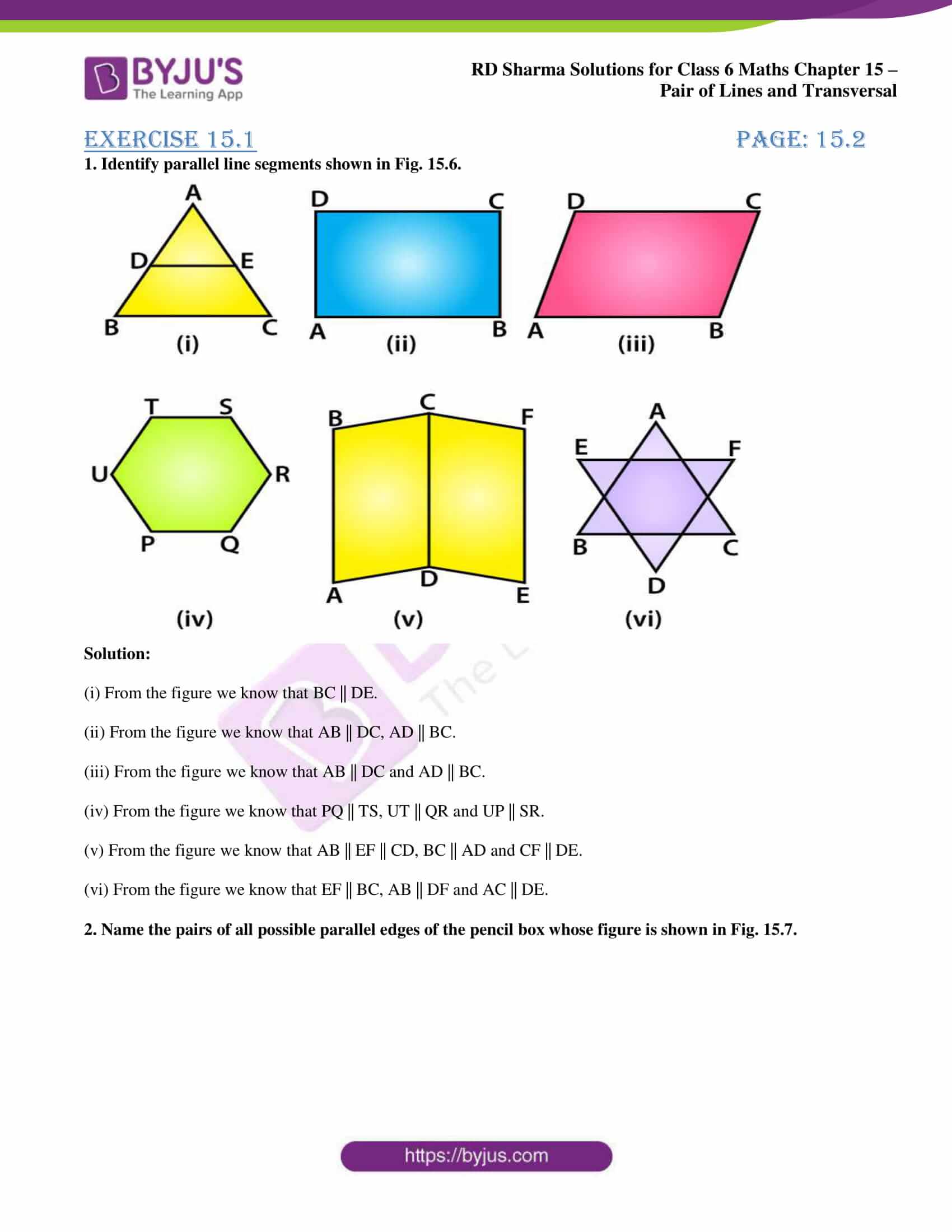 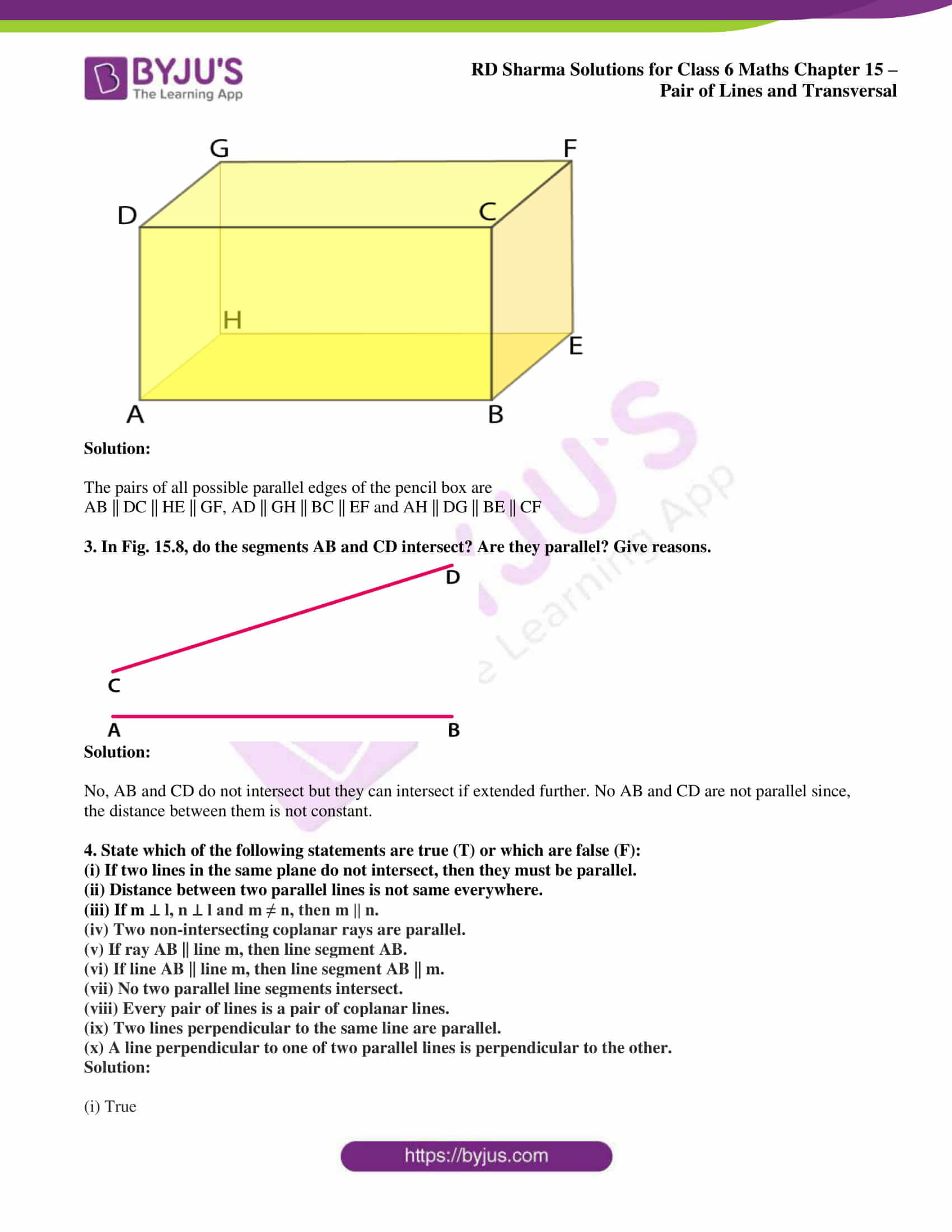 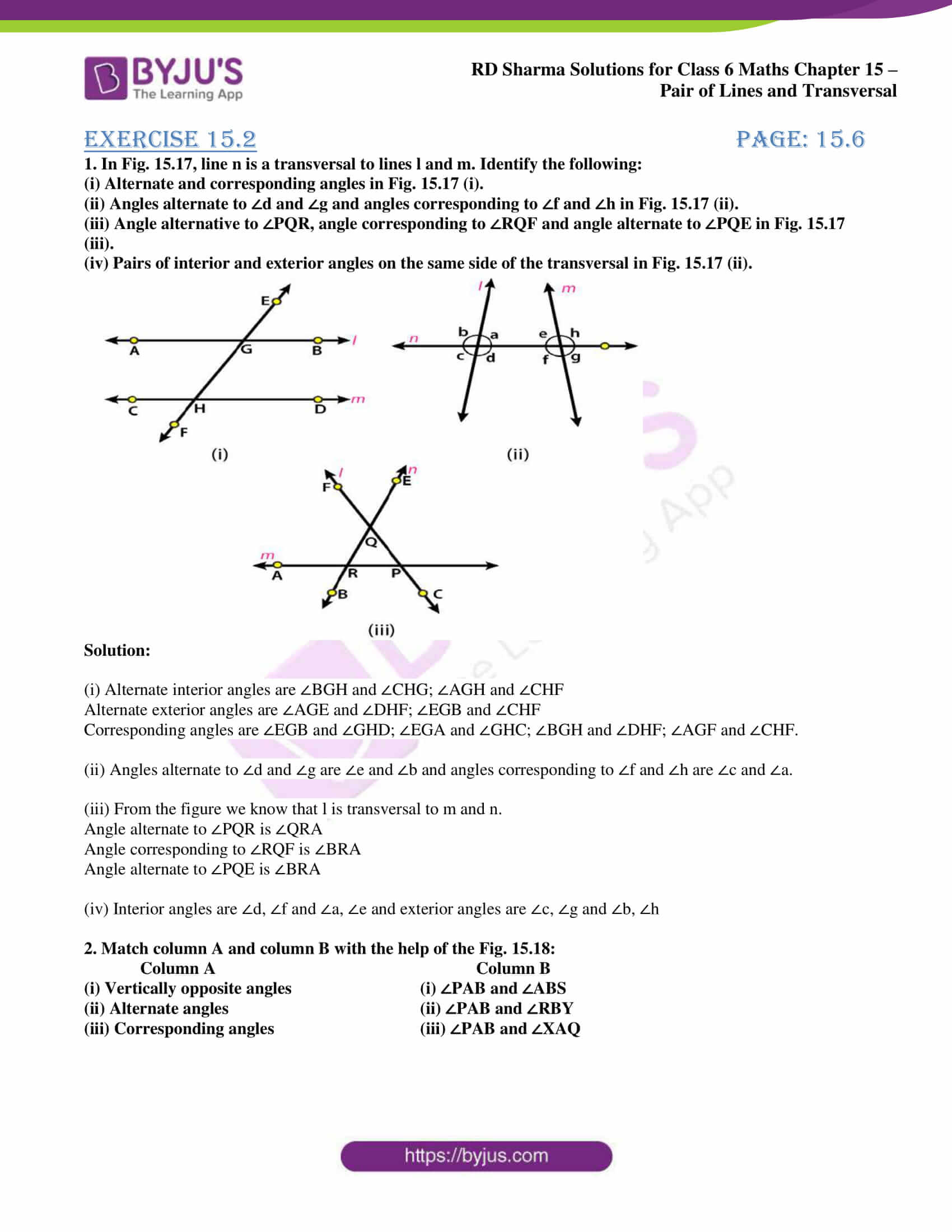 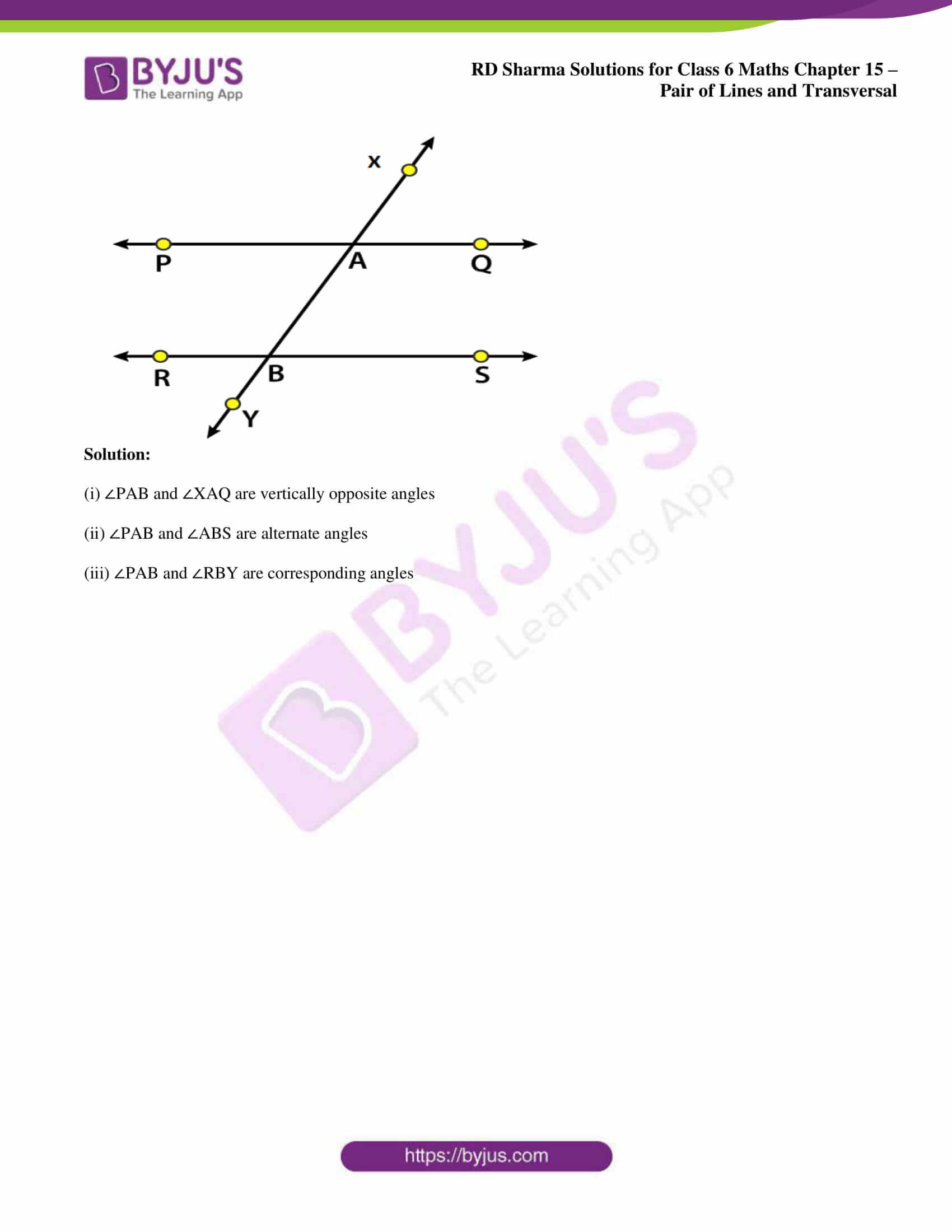 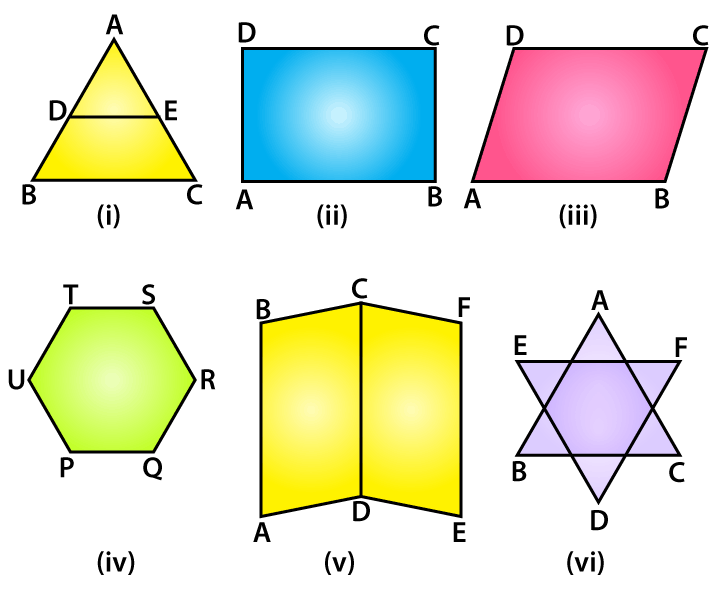 2. Name the pairs of all possible parallel edges of the pencil box whose figure is shown in Fig. 15.7. 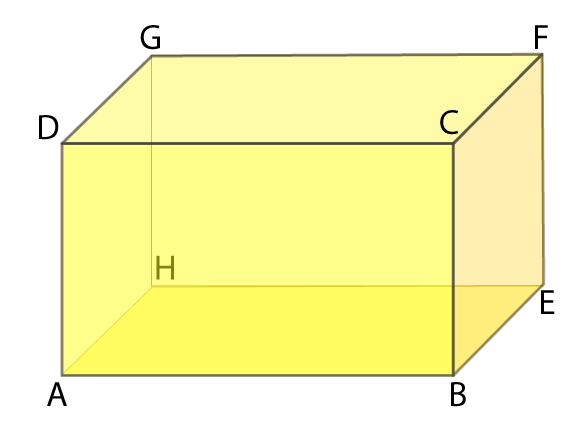 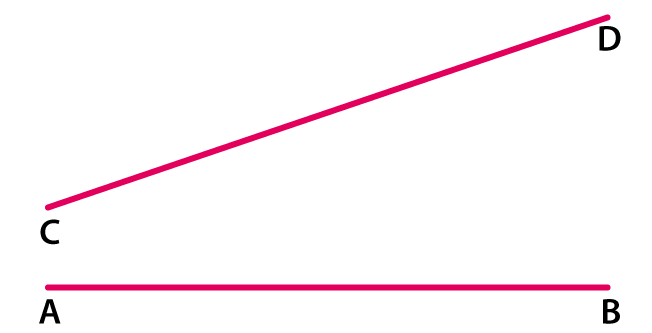 No, AB and CD do not intersect but they can intersect if extended further. No AB and CD are not parallel since, the distance between them is not constant.

4. State which of the following statements are true (T) or which are false (F):

(i) If two lines in the same plane do not intersect, then they must be parallel.

(ii) Distance between two parallel lines is not same everywhere.

(viii) Every pair of lines is a pair of coplanar lines.

(ix) Two lines perpendicular to the same line are parallel.

(iv) Pairs of interior and exterior angles on the same side of the transversal in Fig. 15.17 (ii). 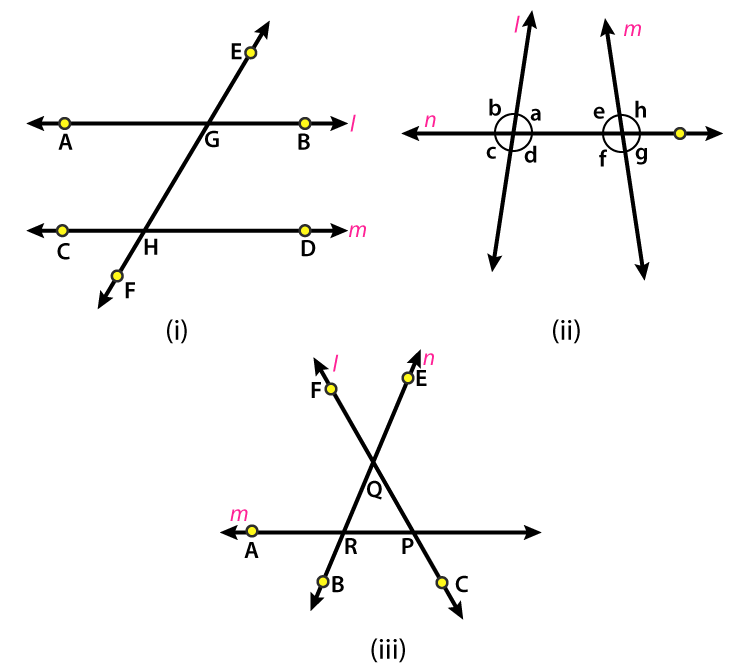 (ii) Angles alternate to ∠d and ∠g are ∠e and ∠b and angles corresponding to ∠f and ∠h are ∠c and ∠a.

(iii) From the figure we know that l is transversal to m and n.

Column A Column B 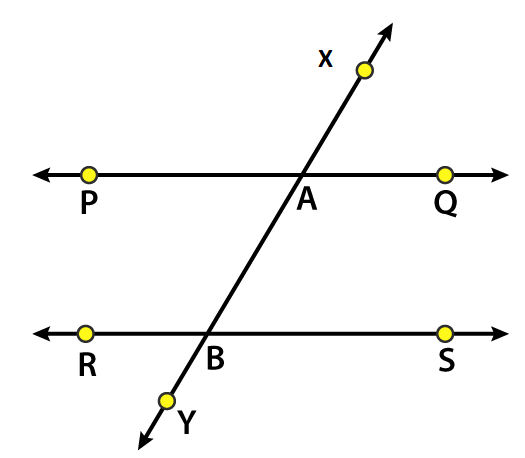