Earth happens to be the only known planet having a life. There are beings wh0 live, die and become part of nature again. The living organism can be differentiated from the inanimate entities on various parameters of life processes.

The process of acquiring food that is needed for nourishment and sustenance of the organism is called nutrition.

If an organism can nourish itself by making its own food using sunlight or chemicals such mode of nutrition is called as autotrophic nutrition.

Some organism feed on dead and decaying organic matter. This mode of nutrition is called saprophytic nutrition.

Some organisms feed on the expense of another organism and in turn causing it harm. This is called parasitic mode of nutrition. 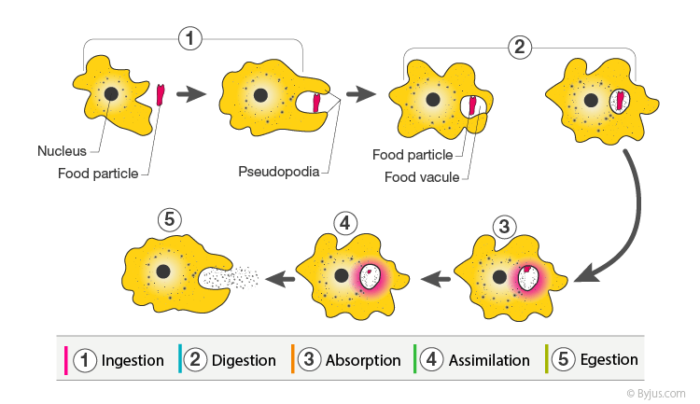 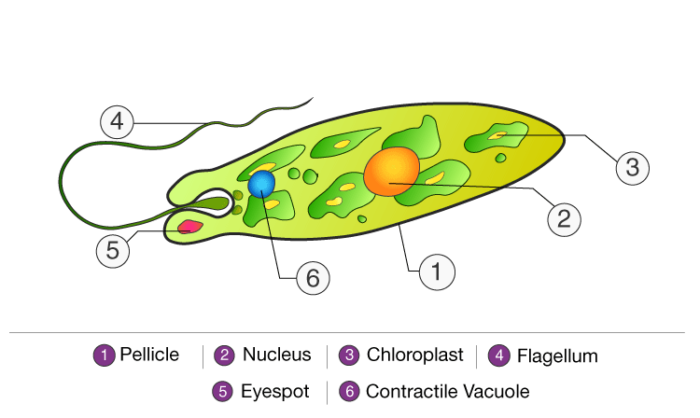 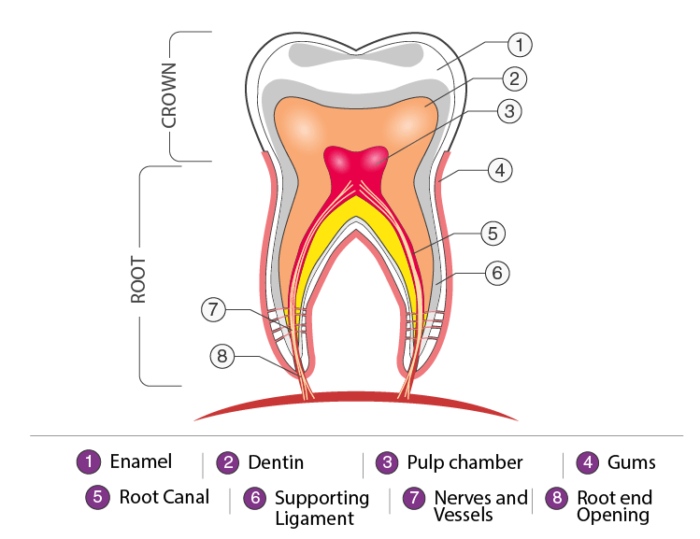 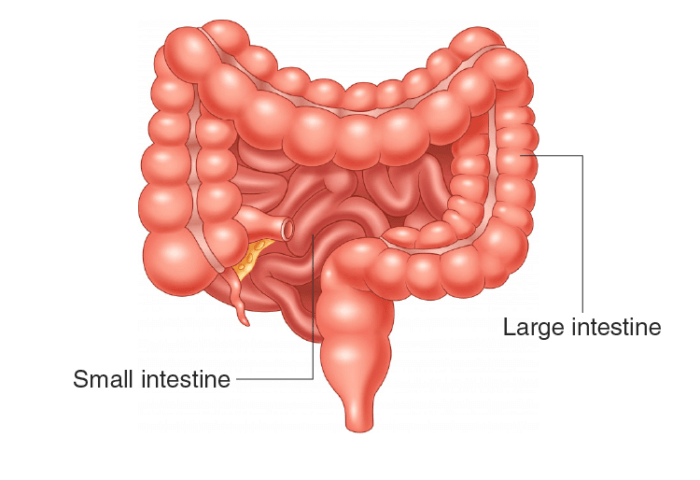 A constant wave-like movement of the alimentary canal right from the oesophagus to the small intestine is called as peristalsis. 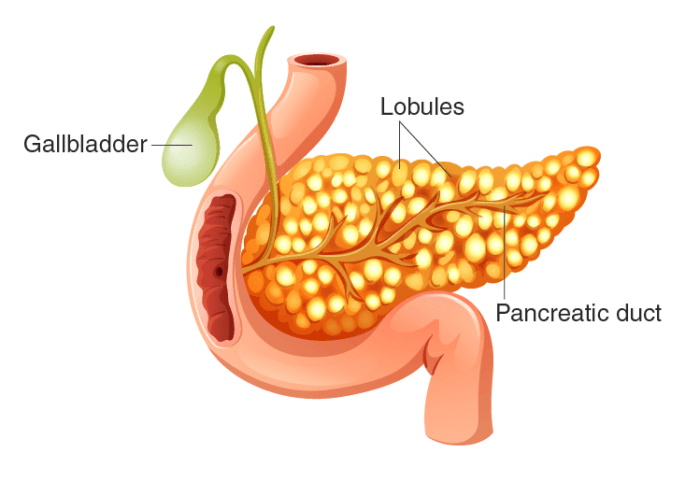 The mode of nutrition in which animals take their food as a whole is called as holozoic nutrition.

Digestive System in Other Animals 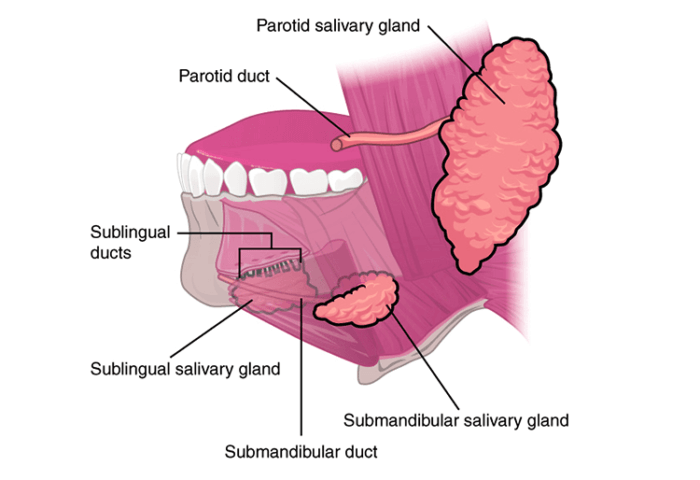 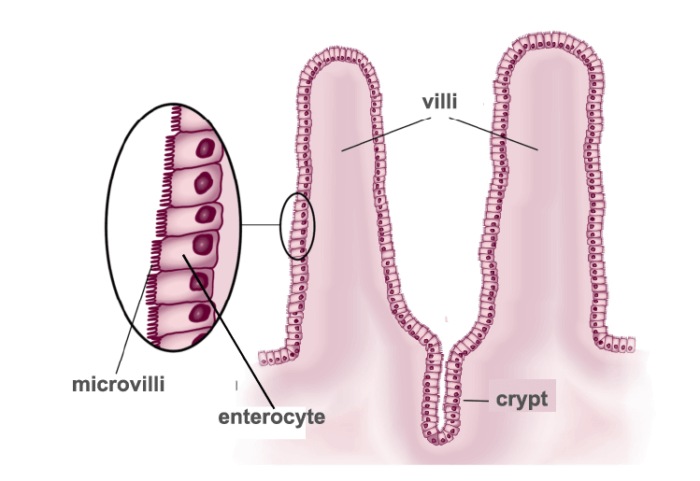 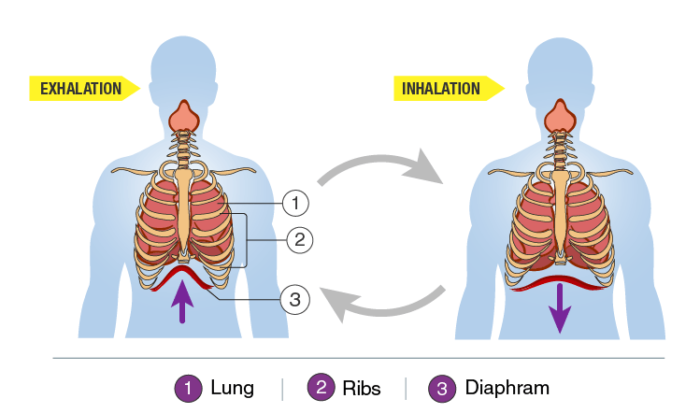 Cellular respiration is set of metabolic reactions occurring inside the cells to convert biochemical energy obtained from the food into a chemical compound called adenosine triphosphate (ATP).

Aerobic respiration is a process in which the food i.e. glucose is converted into energy in the presence of oxygen.

Why Do We Need Lungs 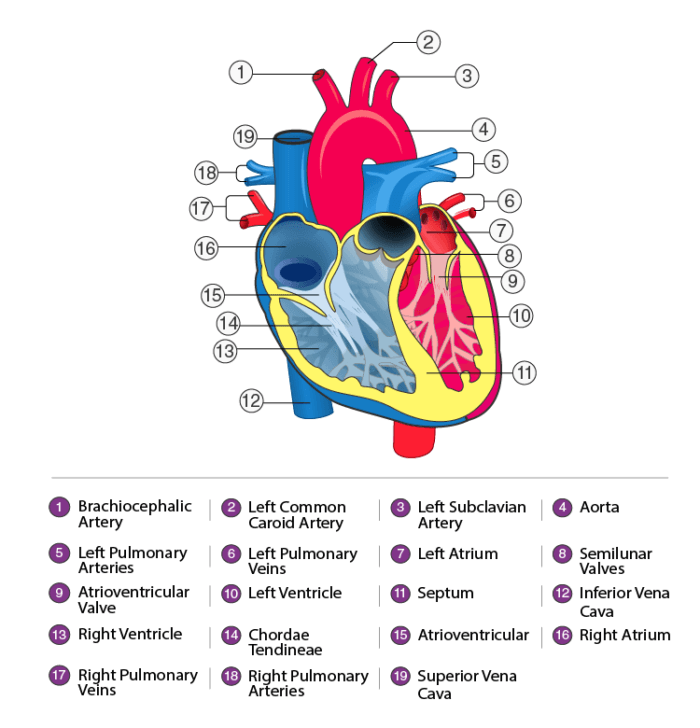 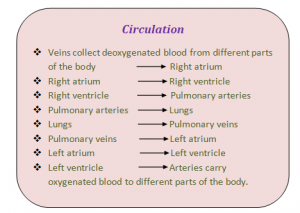 Difference between Arteries and Veins The pressure exerted by the blood when it flows through the blood vessels is called blood pressure. 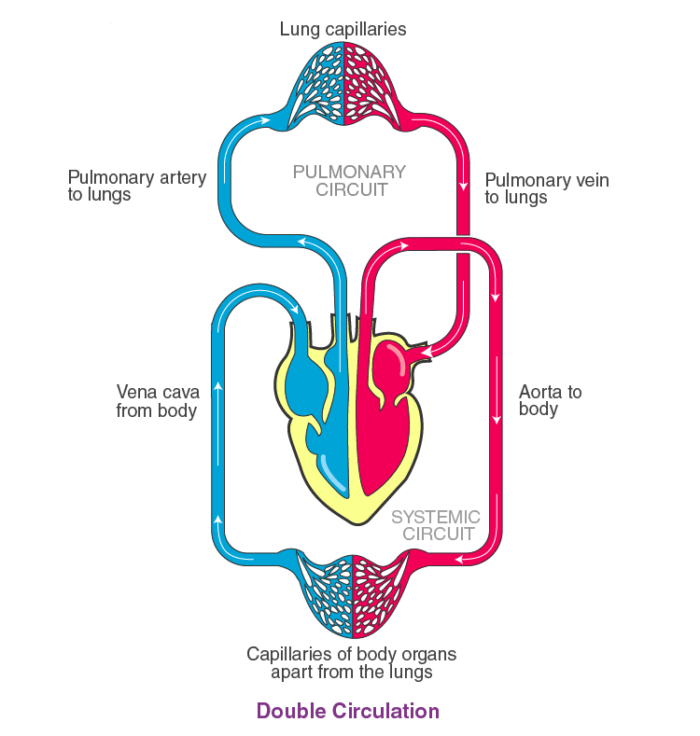 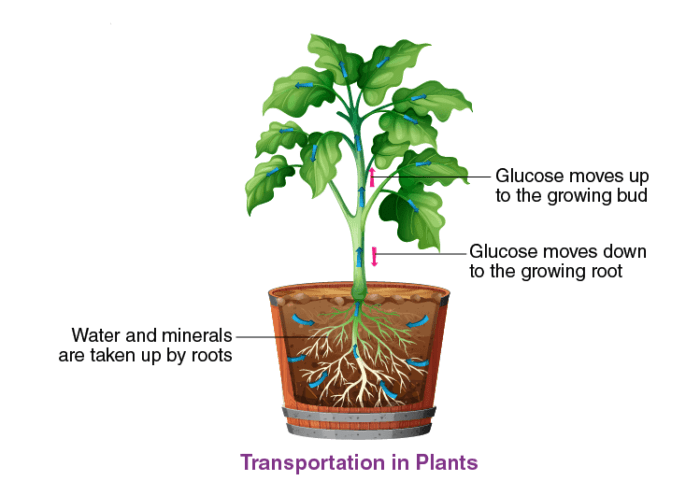 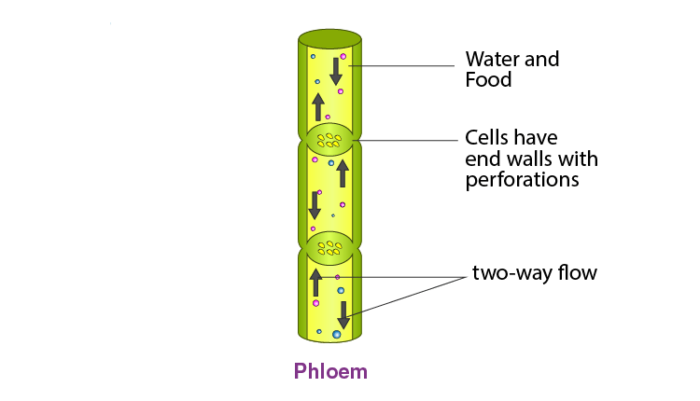 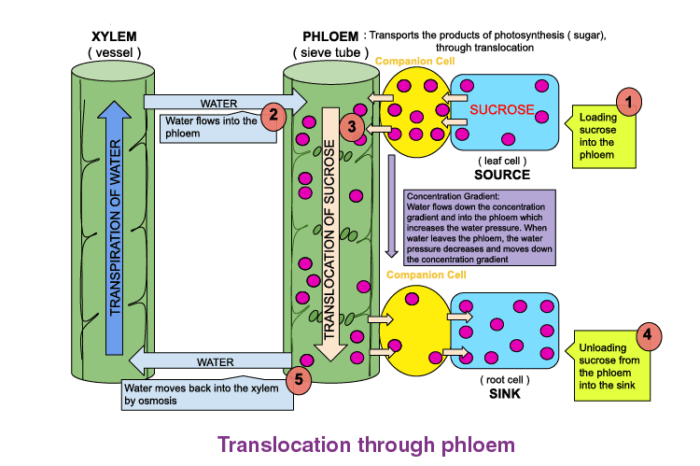 Imbibition, osmosis, root pressure and transpiration are the forces that contribute towards the upward movement of water, even in the tallest plants.

Excretion is the process of removal of metabolic waste material and other non-useful substances. 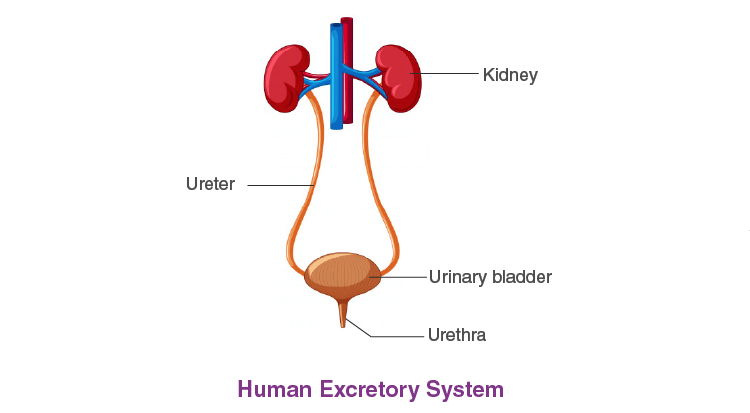 Nephrons are the structural and functional unit of kidney. 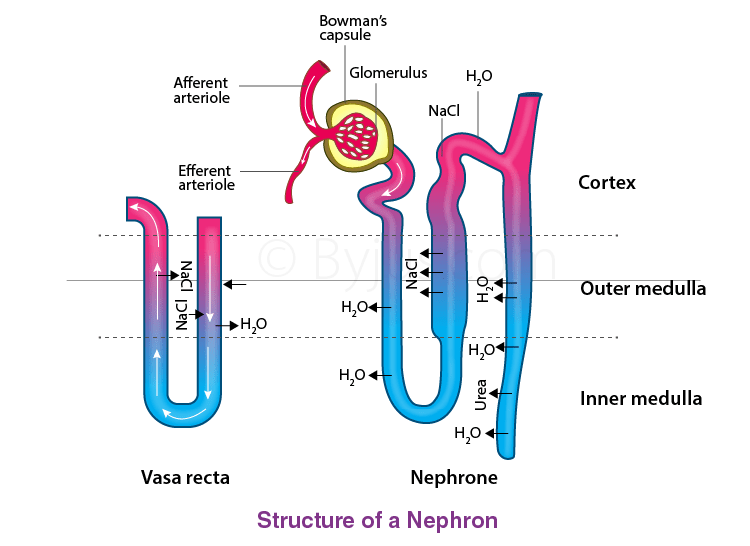 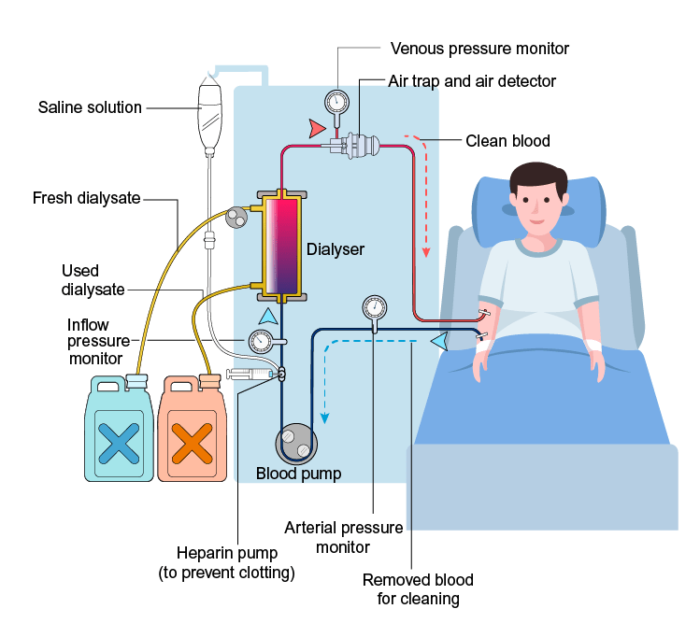