Chemistry - The Study Of Matter

Science in its totality is the study of the objects, surroundings and various natural events and their effects based on experiments and observations. It encompasses a systematic and logical approach towards the behavior of changes around us and the events concerned with them. The curiosity of human brain for understanding the world and things that are beyond this world has led to the development of various laws and principles. Science has helped the human brain to understand its surrounding very precisely which in turn has resulted in numerous discoveries and inventions. These discoveries and inventions have improved the standard of living on this planet and have paved the way for further studies. Science has been divided into different sub-groups based on their concerned area of study. Chemistry is a branch of science that deals with matter, particularly the study of atoms and molecules and the parameters that govern their inter-convertibility. 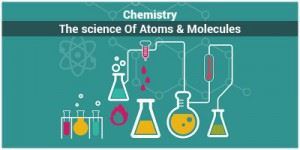 The domain of chemistry comprises of the study of the composition of matter, its structure and properties. The fundamental constituents of matter, atoms & molecules, form the basis of chemistry. Chemistry has provided answers to various questions. The quantitative measurement of the number of basic constituents of matter i.e. atoms and molecules and their dependence on the mass of the given matter is well explained by chemistry. Advances in chemistry have helped scientists and engineers to harness the energy associated with these atoms & molecules.

Today we can preserve food items for long duration’s of time; we have millions of chemicals that are being used in different industries for manufacturing a variety of products. Cell phone covers, plastic bags, the steel used in construction, the pasteurized milk, photosynthesis, the crackers we burn, etc. are only a few examples of products of chemistry. These products are such deeply rooted in our lives that we fail to visualise their importance and the role of science behind them. Join Byju’s and experience the importance of chemistry in our lives in the most innovative ways.